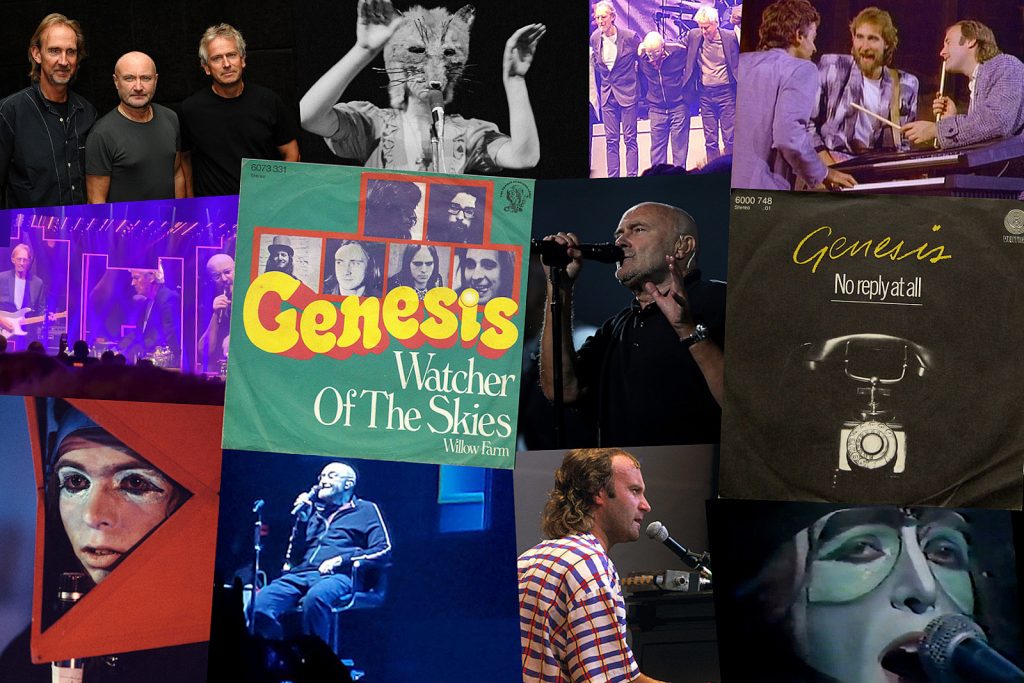 It’s even trickier when the band has employed multiple singers and recorded everything from prog epics to synth-pop hits. It’s almost impossible when the band is reuniting for its first tour in 14 years, with the finish line likely in sight — how do you summarize a five-decade career in a two-hour concert?

Genesis faced that unenviable challenge with their 2021-22 run. But even the grumpiest fan would find it tough to complain about their balanced set list, which has remained almost completely unchanged since the Sept. 20 kick-off show in Birmingham, England. (The one alteration: temporarily swapping out 1980’s “Duchess” for a fellow Duke classic, “Misunderstanding.”)

The shows have featured all the obvious ’80s hits (“Throwing It All Away,” “Invisible Touch,” “That’s All,” “Land of Confusion”) and requisite fan favorites (“The Carpet Crawlers,” “Turn It On Again”). But they’ve also been more nuanced than expected, featuring a handful of super-deep cuts (“Fading Lights”) and an acoustic mini-set with three reworked tunes (including a dramatically softer version of “The Lamb Lies Down on Broadway”).  Still, it’s fun to play the “what if” game. Here are 10 worthy Genesis songs not played during the latest reunion tour.

It’s no mystery why Genesis haven’t played their ultimate prog epic: Blame the mammoth, 23-minute run time. It’s astonishing, really, with its seven-part structure, triple-12-string opening and jarring dynamic shifts, that they ever attempted it live at all. But the Foxtrot closer did highlight set lists from the early to late ’70s, after which point they pruned sections to accommodate more material. (The trio lineup last performed the full track in September 1982, also tackling it the following month during their one-off reunion with Gabriel, dubbed Six of the Best.) Since then it’s been snippets, largely weaved into cleverly arranged prog medleys: They played the “Apocalypse in 9/8” section during the Invisible Touch tour and, more than a decade later, “Lover’s Leap” as part of their Calling All Stations run. While most ’70s Genesis nerds would savor even a crumb of “Supper,” it’s been fun to hear them dig deeper for their “Cinema Show” medley, adding in bits of “Riding the Scree” and “In That Quiet Earth.”

It’s a staple of the band’s early prog days, solidifying the sonic melting pot of the Phil Collins/Steve Hackett lineup. And “The Musical Box” became a live staple over the years, appearing semi-regularly through 1992. As Nic Collins recently confirmed to Relix, Genesis rehearsed the song for the 2021 tour before cutting it altogether: “[It’s] very early prog with lots of fills around the drum kit, and I remember doing those [during rehearsals] because I listened to the record,” he said. “[Keyboardist] Tony Banks looked at me and said, ‘Nic, that sounds great, but could you not make it sound so 1970? Could you just modernize it a little bit?’” Perhaps they made the right call: Prog fans aren’t always keen on “modernizing.”

“No Reply At All”

Genesis never got funkier than “No Reply At All,” powered by the Earth, Wind & Fire horn section and one of Mike Rutherford’s most melodic bass lines. But the song, played live a measly 67 times, never survived beyond the Abacab era — last appearing in August 1982. (This despite the single earning modest chart success, reaching No. 29 on the Billboard Hot 100.) In some ways, phasing it out was understandable: Without those crucial horns, the song just doesn’t feel the same. But with a bigger live band and better keyboard technology, it would have been much easier to sidestep that concern.

Genesis have also passed on every other Abacab song, including the thumping title track and drum-machine belter “Man on the Corner.” Both of those would have been logical picks — much more than two-part deep cut “Dodo/Lurker,” one of the band’s quirkiest moments of the entire ’80s. It’s also one of the most cinematic Genesis songs, period, full of wild synthesizers and funky digressions. They’ve played it live only 181 times — and it appears that number will stay static.

The biggest set-list surprise might be ignoring all of A Trick of the Tail, the band’s first album with Collins as lead singer. Many of those songs became live staples — including the fusion-y instrumental “Los Endos,” which they’ve played 662 total times (the most of any track in their catalog, excluding Collins’ frequent drum duets with former touring member Chester Thompson). It’s a painful omission, especially, as Nic Collins told Rolling Stone, they rehearsed it. But with Genesis focusing primarily on vocal-oriented songs, given the elder Collins’ inability to play drums, it makes sense that an instrumental would get the axe.

“Dance on a Volcano”

It’s also a bummer not to hear this grand Tail epic, but was anyone expecting it? Genesis last played it as part of their “old medley” on Nov. 17, 1992, alongside several other prog pieces. Still, it’s their 10th-most-played song, appearing in 499 total shows — more than currently played tunes like “Follow You Follow Me,” “Home by the Sea” and “Mama.” The good news: Former guitarist Hackett continues to perform the song on his solo tours. “I always felt this one worked spectacularly well live,” he said in a 2020 video breakdown. “It was always powerful.”

A snarling rocker set in 7/8, “Back in N.Y.C.” didn’t survive long past The Lamb Lies Down on Broadway tour — appearing in only a handful of shows in 1980 and the infamous “Six of the Best” reunion gig with Peter Gabriel in 1982. (Fun fact: It’s one of the few Genesis songs Gabriel has performed as a solo artist, highlighting his early live shows in 1977.) Given its onstage scarcity, no one’s probably shocked “N.Y.C.” lay dormant in 2021. But we’re dreaming here!

“Back in N.Y.C.” might have been a stretch for this tour, but it’s more curious Genesis left out “In the Cage,” another Lamb Lies Down classic they’ve played much more often. (It ranks fourth in their total count, trailing only the drum duet, “Los Endos” and psychedelic sing-along staple “I Know What I Like [In Your Wardrobe].”) “Cage” was even part of the band’s 2007 reunion, kicking off a prog medley that also wove in “The Cinema Show,” “Duke’s Travels” and “Afterglow.” Given The Lamb‘s surreal lyrical concept, some pieces don’t hold up too well out of context. But as Banks noted in that album’s DVD reissue interview, “Cage” is an exception: “[It] sort of almost works, although the ‘brother John’ bit in the middle lyrically doesn’t make much sense, but I think it’s a really strong piece of music, so it all stands up.”

“Watcher of the Skies”

Foxtrot‘s opener kicks off with Banks’ eerie chord progression — a sound Hackett described as “one of the, to my mind, great mellotron moments of the 20th century — and into the 21st, of course.” And the strength of that sequence alone made “Watcher of the Skies” an early live favorite, highlighting many of their tours through 1982. But not everyone in the band is quite so fond of the song: While singling out the “fantastic” intro, Rutherford argued in the Foxtrot reissue DVD that “the words are a bit suspect” and the arrangement “a bit busy.”

Genesis last played “Driving the Last Spike,” one of their final prog epics, during the We Can’t Dance tour. Again, it’s a logical move: No one’s expecting them to devote 10 minutes to a ’90s deep cut. But it’s one of the band’s most underrated moments: a long-form tale about a 19th-century railway worker, offering a throat-ripping Collins vocal that remains a career highlight.