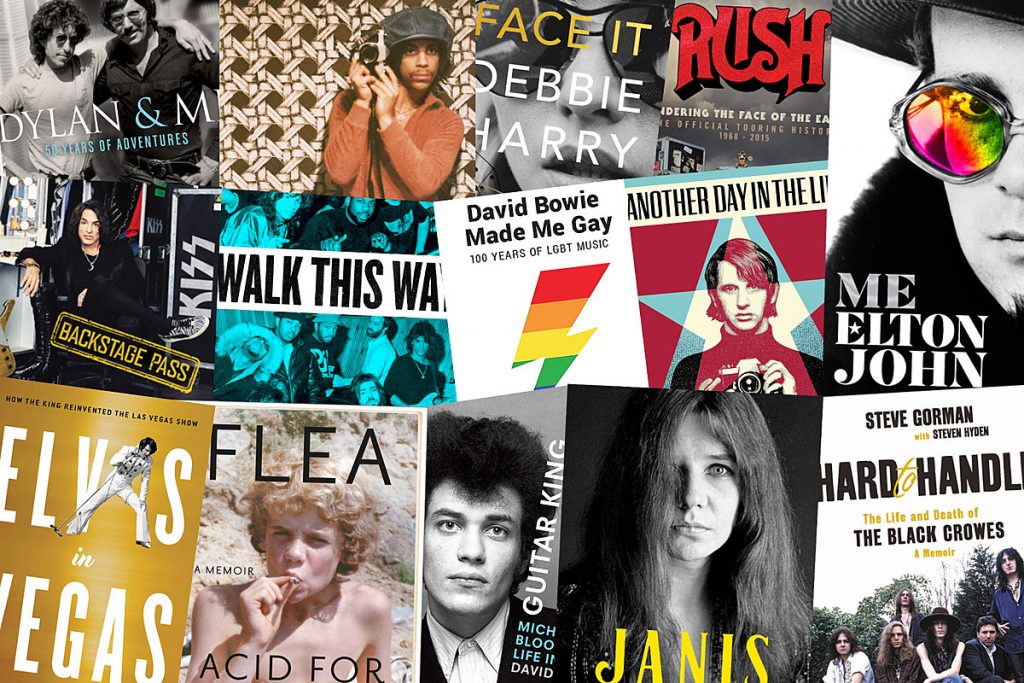 As 2019 winds to a close, we’re recapping some of the best rock-related work released this year. We take a look at some of the books that found their way onto music fans’ shelves below.

The output of material released in 2019 proves that consumers continue to relish music-inspired books, and while many pages were filled with stories of band breakups, wild nights and decadence, plenty of releases veered from the standard sex, drugs and rock ‘n’ roll model.

Authors found inspiration in everything from failed record labels to genre-changing collaborations and even band merchandising. Biographies and autobiographies ruled the bookshelves, as Elton John, Prince, Flea, Jethro Tull and Debbie Harry were among the artists to have their life stories captured in written word.

Some stars, including Queen’s Brian May and the Who’s Pete Townshend, found inspiration from outside the world of music. Others, like the Beatles drummer Ringo Starr, embraced the picture-book format.

UCR rounded up the biggest rock-inspired books of 2019. Whether you’re a music historian or just value the joy of a quality coffee-table book, there’s sure to be something here to interest the bookworm in you.