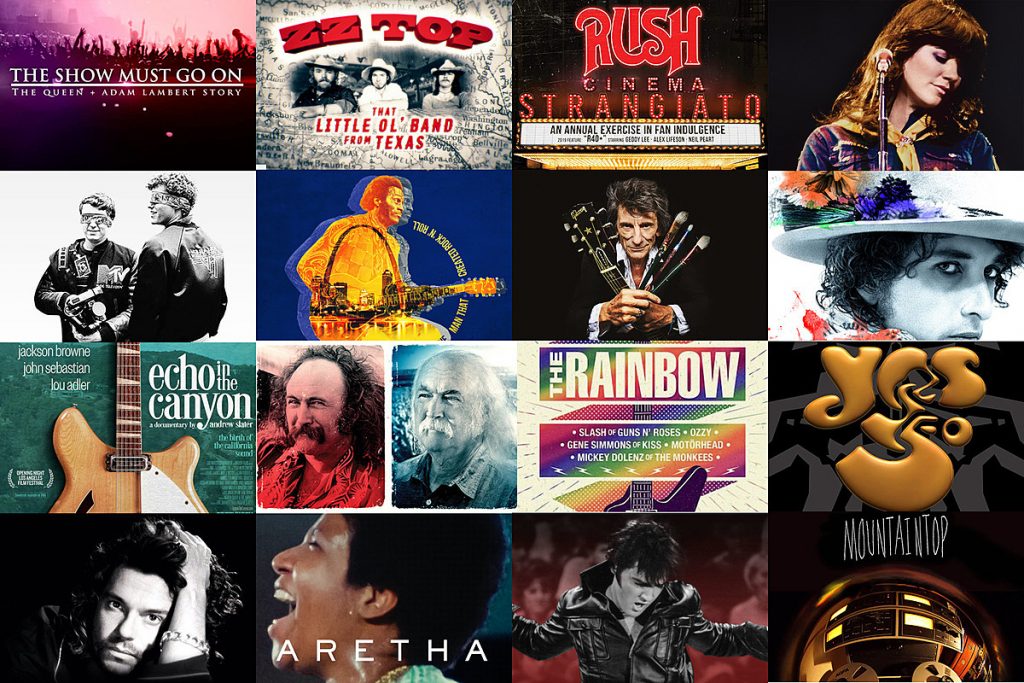 Take a look at them in the gallery below.

The movies include the career-spanning stories of artists like ZZ Top, Linda Ronstadt, Ron Wood and David Crosby, as well as depicting a particular moment in their history, such as Bob Dylan‘s 1975 Rolling Thunder Revue, Queen‘s recent renaissance with Adam Lambert as singer and the death of soul legend Sam Cooke.

Filmmakers also focused their lenses on music scenes — such as the Los Angeles neighborhood that spawned the Byrds and Buffalo Springfield and the Jersey Shore town where Bruce Springsteen cut his musical teeth. There was even a movie about a bar that became a famous hangout for Los Angeles rockers. On top of all that, we finally learned what actually happened to that fan who won an MTV contest to party with Van Halen way back in 1984.

There were also documentaries that went inside the makings of albums, like Neil Young‘s first release with Crazy Horse since 2012 and a live gospel performance by Aretha Franklin, the filmed footage of which was kept hidden from the public for nearly 50 years. Rush‘s last tour was the subject of a behind-the-scenes too, and, seeing that 2019 was the 50th anniversary of Woodstock, there was naturally a look-back at the historic festival.

What lies ahead for rock documentaries in 2020 remains up in the air. For now, you can catch up with our look at 2019 Classic Rock Documentaries.