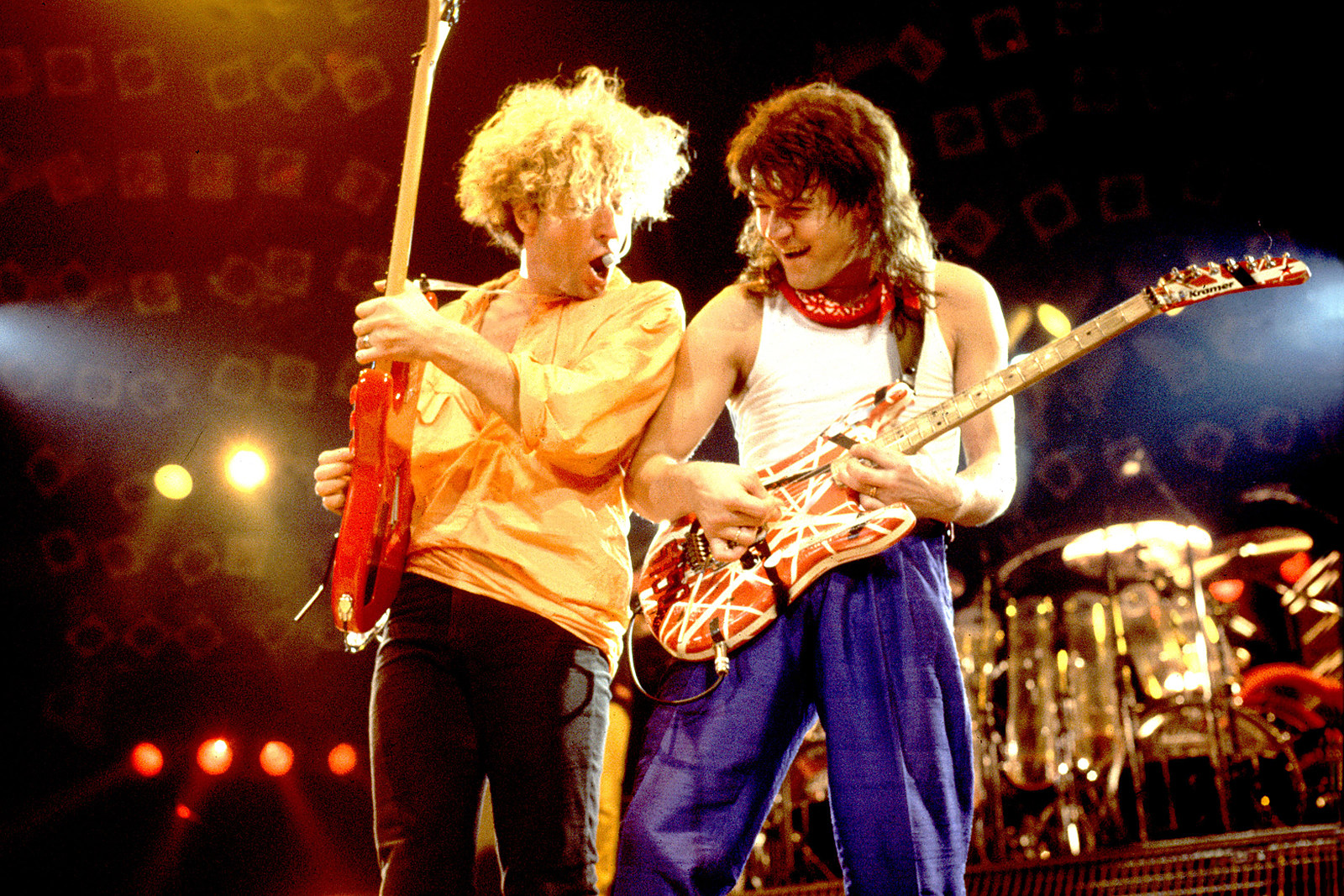 Sammy Hagar recalled the “craziest songwriting experience” of his career as he worked on the lyrics for Van Halen track “Best of Both Worlds” in 1986.

The new-recruit singer wasn’t enjoying the experience of working with Eddie and Alex Van Halen in their 5150 Studio, due to the fact that both brothers were chain smoking throughout the sessions, as he told Uncle Joe Benson on the Ultimate Classic Rock Nights radio show.

“Eddie would light his cigarette, take a hit off it, put it in his guitar and let it just burn down to nothing,” Hagar said. “By the time we’d finished the song he’d have to light up another one, and he’d set it down. Al was the same – playing drums and blowing smoke. We had this little low-ceiling studio, 5150; it was really pretty rustic. I would come home, midnight, one o’clock in the morning, and I would stink so bad with all my long hair – hair just absorbs cigarettes – and my clothes.”

That’s the kind of day he had as his thoughts turned to “Best of Both Worlds,” he explained. “I was driving home, trying to write the lyrics to that one in my head. I didn’t have the idea yet and I was just singing the melody in my head. I got home late, jumped right in the shower and all of a sudden it hit: ‘I want the best of both worlds…’ Shoot! I had to jump out, I’m soaking wet, and run around trying to find a pad and a pencil to take down notes. I got back in the shower, ‘Oh, man, I’ve got for the verse!’ It was the craziest songwriting experience I think I’ve ever had. I did it in the shower, it was a mess, but I got it done!”

Van Halen – ‘Best of Both Worlds’