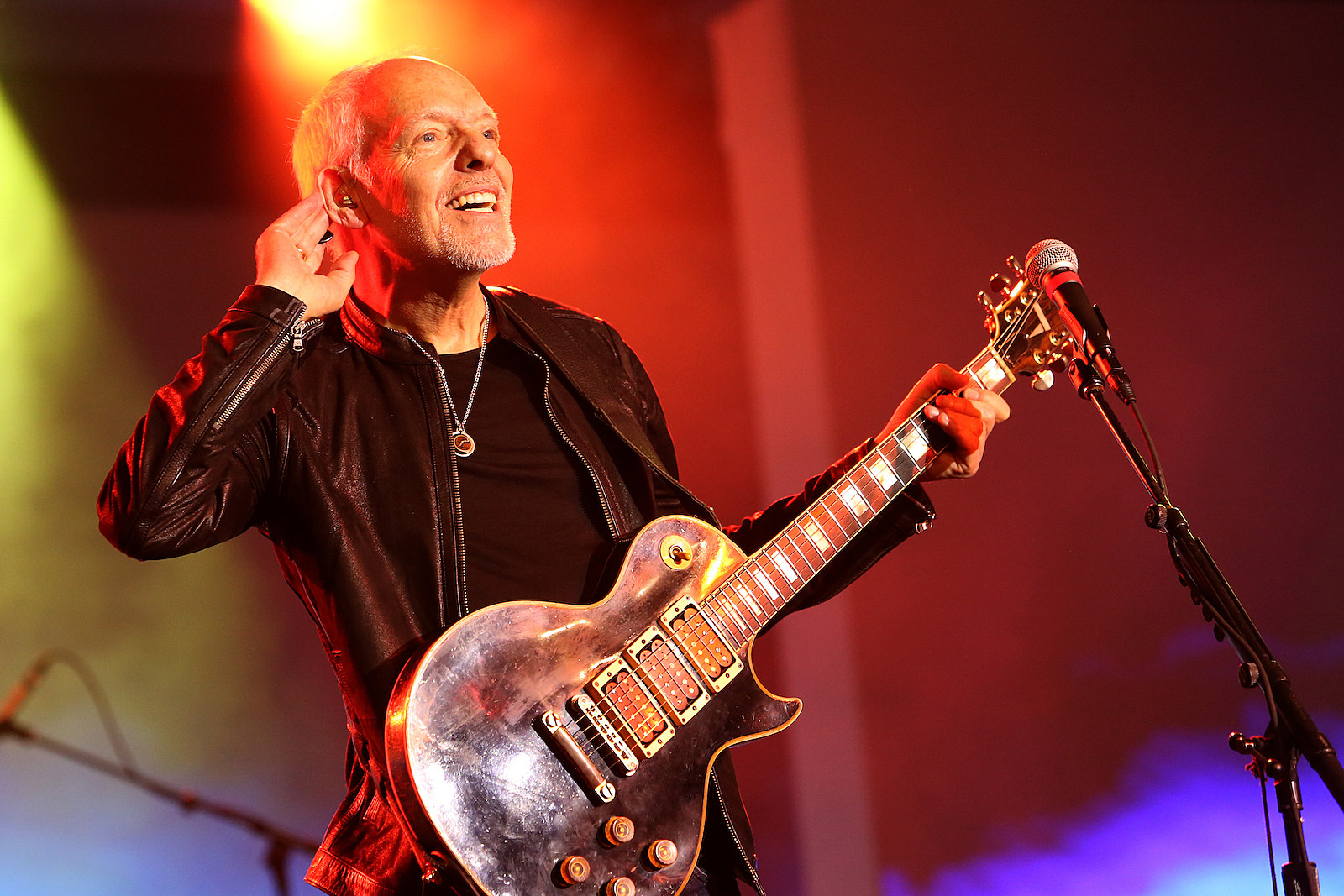 Peter Frampton wrapped up his Finale: The Farewell Tour on Saturday in Concord, Calif. Surprisingly, his last song wasn’t a big hit like “Show Me the Way” or “Do You Feel Like We Do.” Instead, he did a Beatles tune.

Check out the set list and a fan-shot video of “While My Guitar Gently Weeps” below.

Frampton opened the concert at the 12,500-capacity Concord Pavilion with a deeper cut from his third solo album — “Baby (Somethin’s Happening)” — before moving into a set that featured more familiar Frampton favorites like “Lines on My Face” and “Baby, I Love Your Way,” as well as a series of other cover tunes – including Soundgarden‘s “Black Hole Sun” and a pair of songs by bluesman Freddie King. Ray Charles’ “I Don’t Need No Doctor” was one of two other encore updates

Frampton’s love affair with “I Don’t Need No Doctor” goes back to his days with Humble Pie and 1971’s Performance Rockin’ the Fillmore. He originally covered “Black Hole Sun” on 2006’s Fingerprints and “While My Guitar Gently Weeps” on 2003’s Now.

Frampton revealed in January that he was in the midst of a four-year battle with inclusion-body myositis. He was worried that symptoms of the degenerative muscle disease – including weakness in the legs, arms, fingers and wrists – were looming and ultimately prompted this last tour.