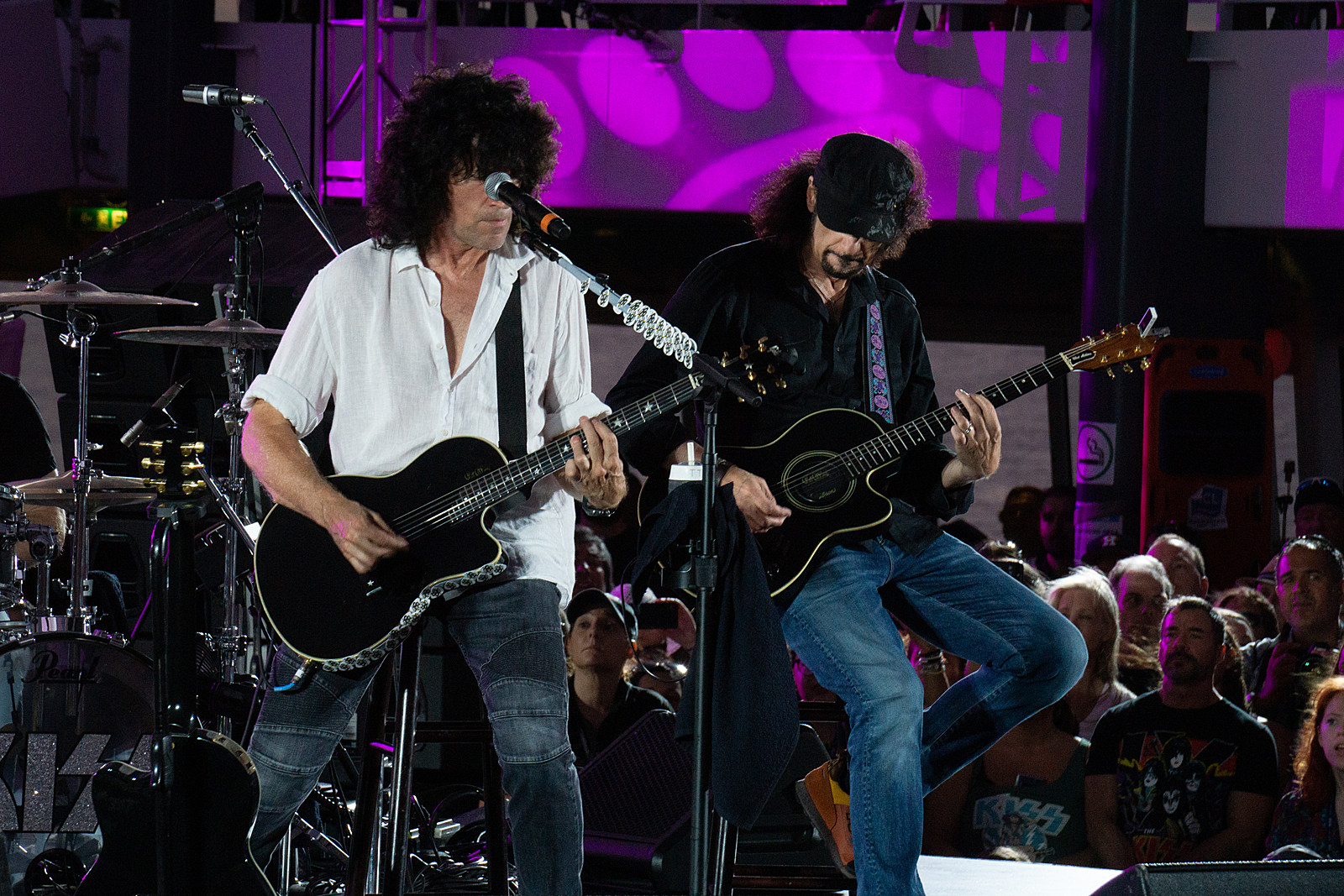 Former Kiss guitarist Bruce Kulick reunited with his old bandmates today during an acoustic concert as the Kiss Kruise was sailing away from the Bahamas. You can see our exclusive photos below.

According to the UCR staff members attending the cruise, Kulick, whose solo band is also performing on the ship, came on a little more than midway through Kiss’ set, for “Hide Your Heart,” and stayed for the duration. Among the other songs he performed were “Domino,” and “Every Time I Look at You” — all of which came from his tenure in the band — and some songs that preceded him, including “She” and “Shandi.”

Kulick’s cameo mirrors last year’s cruise, where he and founding lead guitarist Ace Frehley took part in the same show. He later told us that the reunion was unexpected. “In the middle of the afternoon, on the day we boarded,” he said, “I got a text from [drummer] Eric Singer: ‘Heads up, I think at the sail-away, something’s going to happen, and you’re going to play.'”

However, Kulick hadn’t brought an acoustic guitar on board, and had to borrow one from current Kiss guitarist Tommy Thayer.

The concert was Gene Simmons‘ first since a bout with kidney stones in September forced Kiss to postpone the last three dates of the most recent leg of their End of the Road tour. During a Q&A session yesterday (Oct. 30), Simmons said that 15 stones had been removed, and joked that they’d soon be available for sale on eBay, which he did in 2009 and raised $15,000 for charity. He also revealed that the 10th installment of the Kiss Kruise will take place next year.