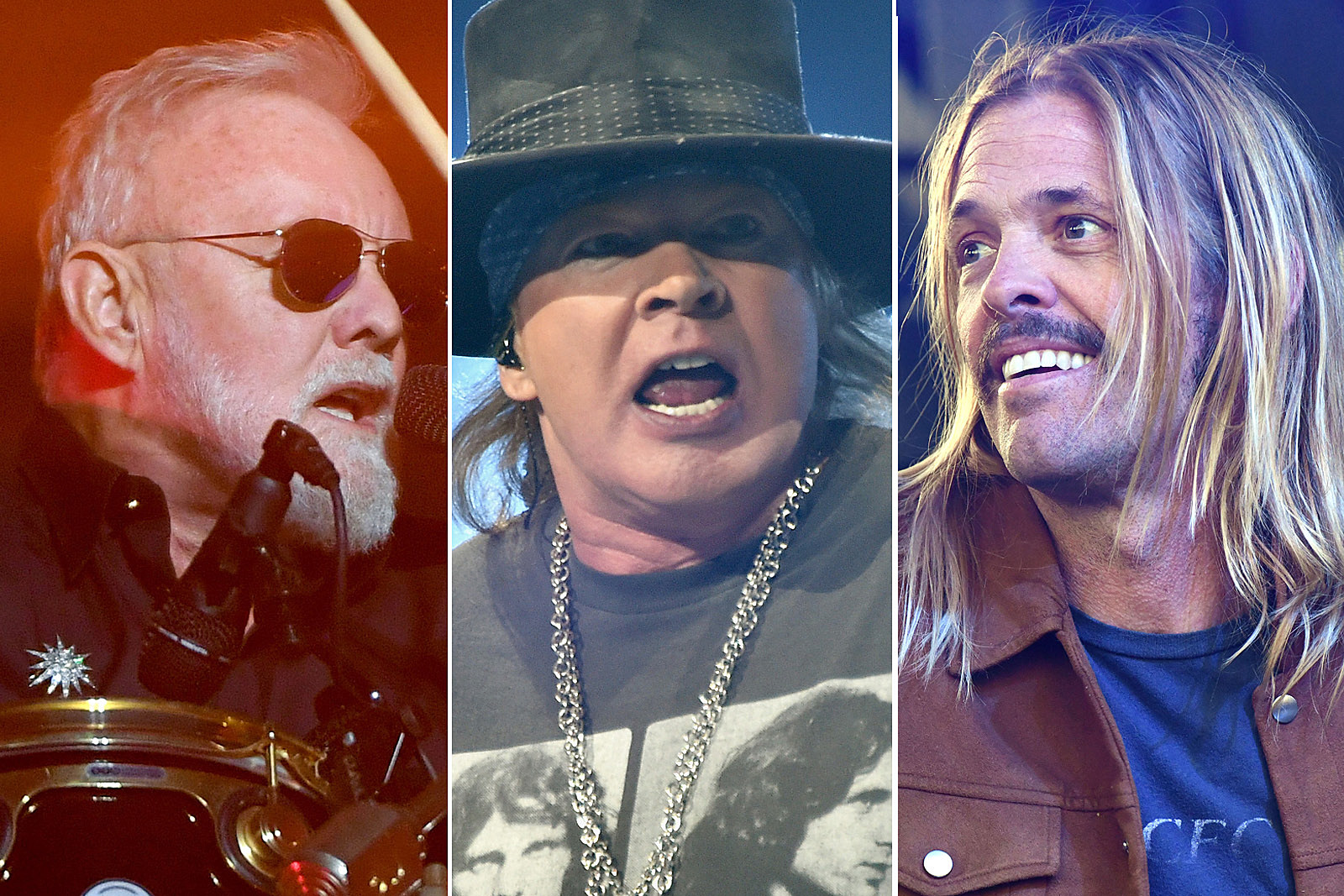 Foo Fighters drummer Taylor Hawkins recalled how he asked Queen counterpart Roger Taylor for advice when he got a call from Guns N’ Roses.

The moment took place while the Dave Grohl’s band were touring in support of their 1999 album There Is Nothing Left to Lose. Hawkins’ mom called to tell him that a member of Axl Rose’s management team had made contact.

“Axl was trying to get together a new version of Guns N’ Roses, and I think he was checking around for people,” Hawkins told Classic Rock in a new interview. “They wanted to know if I would come in and try out or whatever. It was kind of otherworldly.”

He decided to call Taylor for advice, who recounted his own similar experience from the early ‘70s. When former Mott the Hoople members Ian Hunter and Mick Ronson were forming their own band, they asked Taylor to join them; but he chose to remain with Queen even though they hadn’t broken through yet. “He couldn’t imagine being onstage and looking up and not seeing Freddie Mercury or Brian May in front of him,” Classic Rock reported.

Hawkins continued: “[H]e said, ‘I see you and Dave onstage and there’s something you can’t buy there. There’s something between you guys that might not be there with Axl Rose.’ And he was right.”

Speaking of Grohl, he noted: “For all our trials and tribulations, Dave is like a brother. When we walk out onstage… we nod and look at each other and go, ‘Alright, here we go.’ We’re getting in the ring together.”

Hawkins recently released a new solo album, Get the Money, and confirmed that work was underway on a new Foo Fighters LP. “It’s still a fetus at this point,” he said. “But things can move quickly with Dave Grohl.”