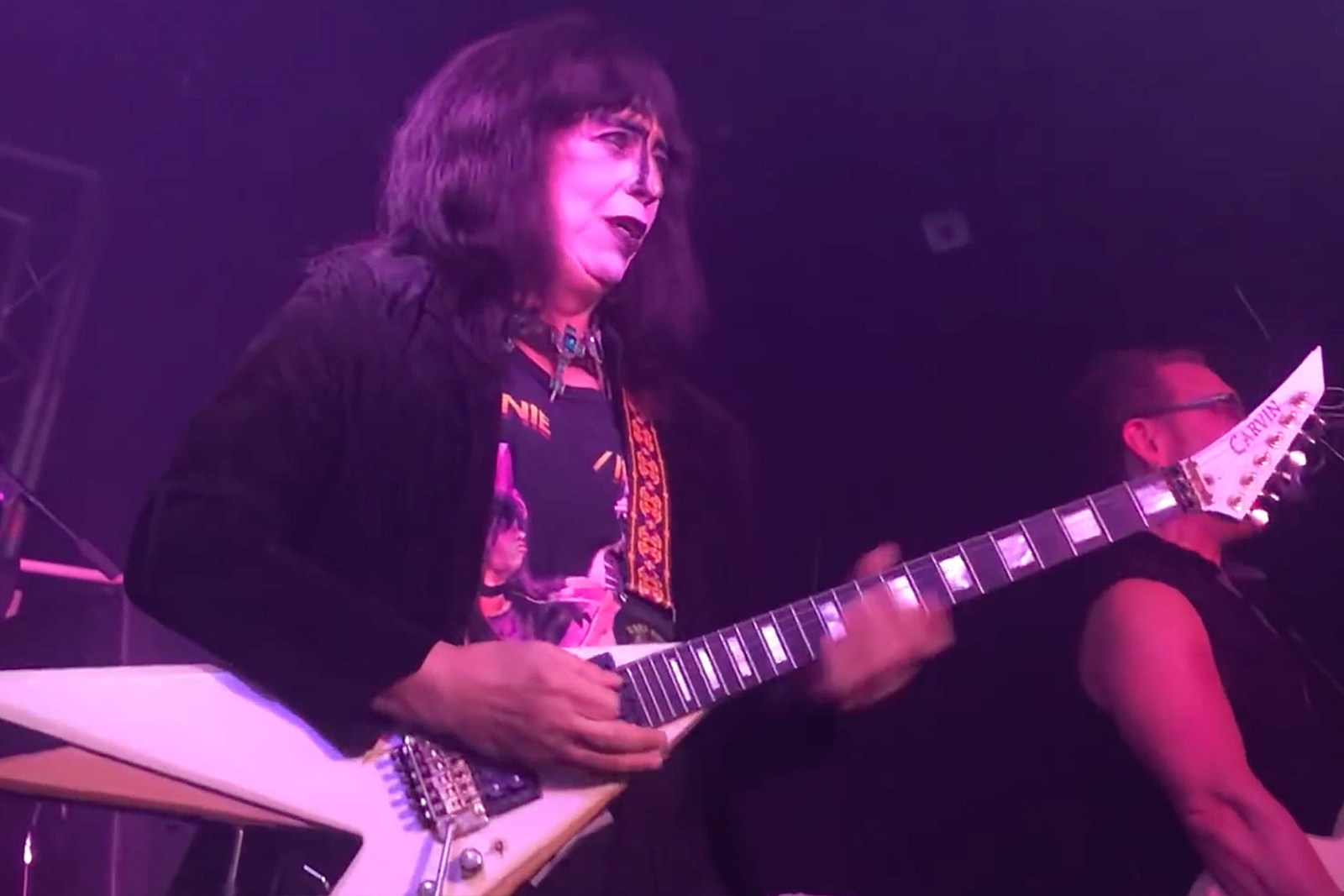 Former Kiss guitarist Vinnie Vincent said he was open to the idea of making an appearance during the band’s farewell tour.

His comments came after band manager Doc McGhee said that all surviving former members were contacted about the possibility of taking part in the final show in July 2021.

“I think there was something that my lawyer had been in contact with them about a year ago,” Vincent told Antimusic. “As far as I know, nothing came of it. And it wasn’t something I thought about. … I don’t know what they’re doing. I don’t wanna assume anything — it’s not for me to second guess. It seems like they’ve got the band that they’re doing this with. I don’t know if they’re having past members play — I don’t know. … If this is something that they want to approach, all they’ve gotta do is give me a call and we’ll take it from there.”

Meanwhile, he said he was gearing up to enjoy his upcoming Merry Metal Christmas events, set to take place in Nashville on Dec. 14 and 15, though the only details provided so far are that they will feature “music, performance, food, wine, signings and Q&A.”

“I cannot wait for this Christmas party,” Vincent noted. “This is something I am truly, deeply looking forward to. It’s really more of a party than it is of a show. … I am an unstructured person to begin with, you know. How I live, I live completely without structure. I do things how I want, when I want. And that’s how these parties are. I just figure out, ‘How do I feel at this moment? This is what I want to do.’ And I just take the fans with me, where I’m going at that particular moment.”