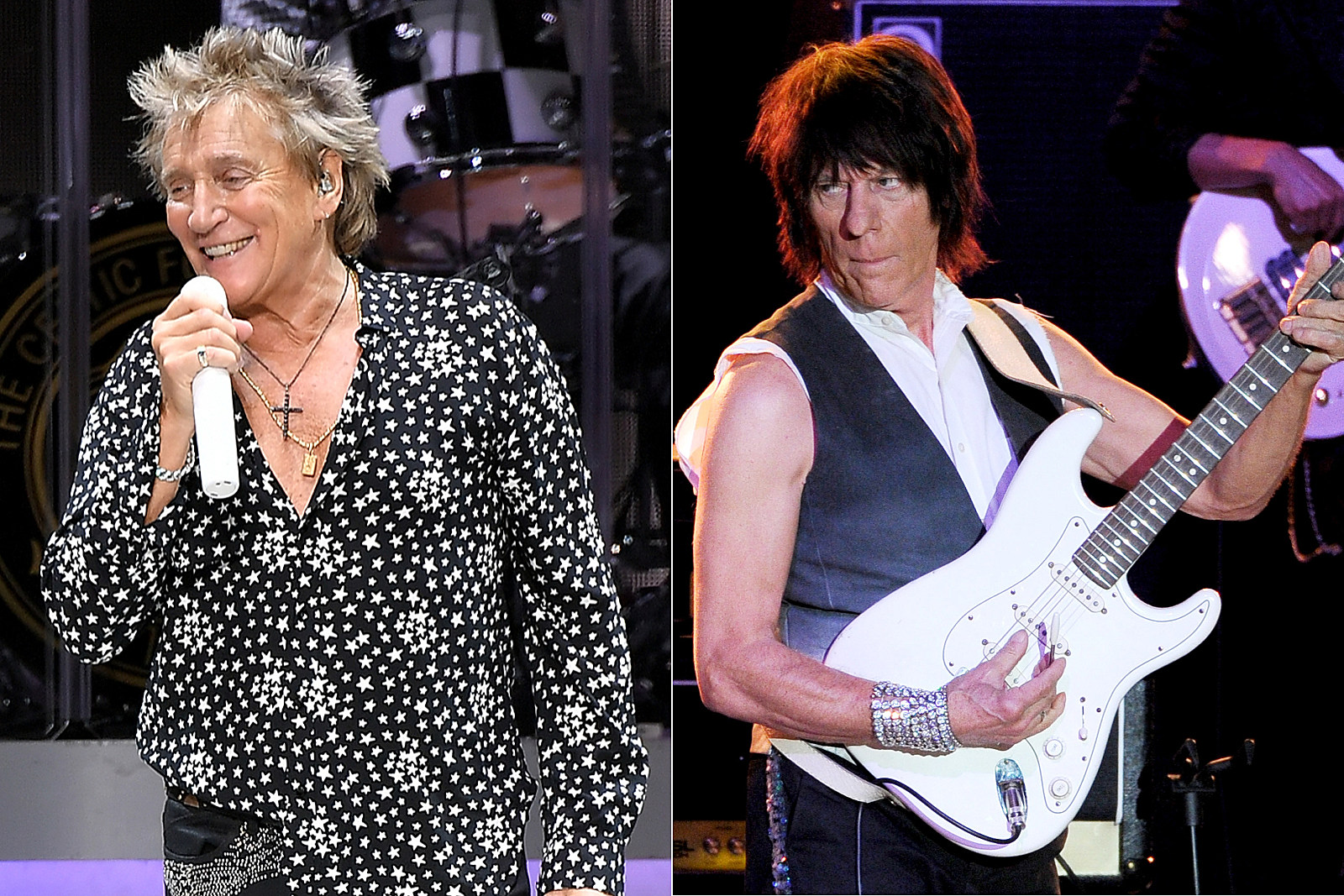 Rod Stewart and Jeff Beck are both rock icons with long and impressive resumes. Though the two found success when combining forces within the Jeff Beck Group during the late-’60s, Stewart doubts the musicians will ever record another album together.

“We’ve got opinions that don’t seem to blend somehow, my idea of what an album should be and his,” the singer noted during an interview with Rolling Stone. “It doesn’t work. We both want to take the helm, so one of us has to stand down.”

Stewart elaborated, saying that the only scenario that would lead he and Beck back into the studio together would have to involve a neutral third party. “The answer to that would be to find a producer,” he explained. “And then we can just work on the material. We can get in the studio and do it. That would be a great idea because Jeff fancies himself a bit of a producer and so do I. Maybe that will bring us together and we’d have to listen like a couple of schoolboys.”

Despite his doubts regarding a new album with Beck, Stewart spoke highly of his musical comrade. The two recently shared a stage for the first time in roughly 10 years, performing a handful of songs together at the Hollywood Bowl.

“It was everything I wanted it to be and, I think, everything that Jeff wanted it to be,” Stewart said of the performance. “The sound we get with just his guitar and my voice is quite remarkable. We filled the room. I sort of stood back and didn’t do any of my jumping around onstage. I wanted it to be his evening, and I think it worked.”

The singer admitted he and Beck may perform together again in 2020, though no specific plans have been made. For now, Stewart is focusing on his new symphonic LP You’re in My Heart: Rod Stewart With the Royal Philharmonic Orchestra, due on Nov. 22. Tours of the U.K., Australia and a residency in Las Vegas also highlight the rocker’s plans in the year ahead.