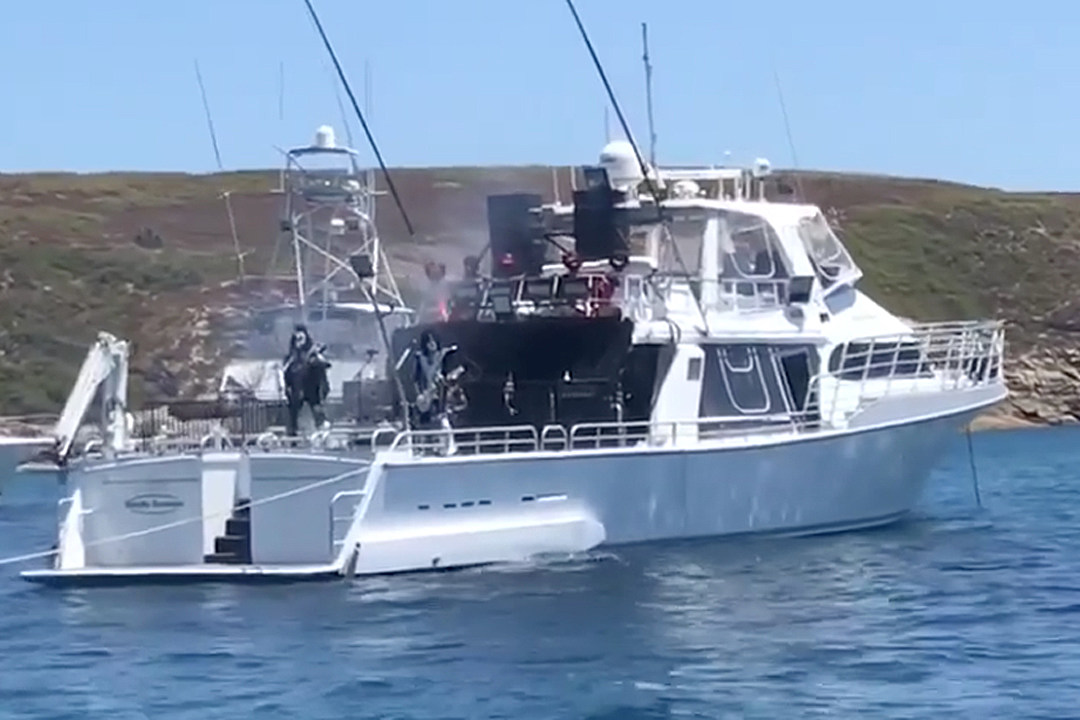 A Paul Stanley-less Kiss performed in broad daylight on the back of a fishing boat in Australia at what Gene Simmons called “probably the most interesting gig I’ve ever done.”

The plan was to use the “low-frequency sounds of rock ‘n’ roll” to attract sharks to a spot where passengers aboard the glass-bottomed boat could see them, but according to ABC Eyre Peninsula, none of the deep-sea predators turned up.

The band was forced to cancel the rest of its planned eight-date Australian tour due to Stanley falling ill, but Simmons, lead guitarist Tommy Thayer and drummer Eric Singer made the trip for the event. It was just the third time the group had performed without Stanley, who missed a 2007 concert because of a severely elevated heartbeat and a 2016 charity show after suffering a torn bicep.

You can see photos from the show and video of the band performing “Calling Dr. Love” below. The five-song set — which began with Simmons shouting out event sponsor Airbnb before saying, “Australia! Where else?” — also included “Deuce,” “I Love it Loud,” “Black Diamond” and “Rock and Roll All Nite.”

Even though the sonic experiment yielded no results, Adventure Bay Charters owner Matt Waller remains convinced that using sound waves instead of blood or bait to attract sharks is the way to go. “We’ve got onto this road of acoustic attraction and being more passive,” he said. “What we’re doing here is playing a concert for the sharks as opposed to the sharks being entertainment for us.”

Kiss are currently scheduled to resume their End of the Road farewell tour on Dec. 8 in Sendai, Japan. The band recently announced its last-ever show will take place in its birthplace of New York City on July 17, 2021, at a still-undisclosed location.