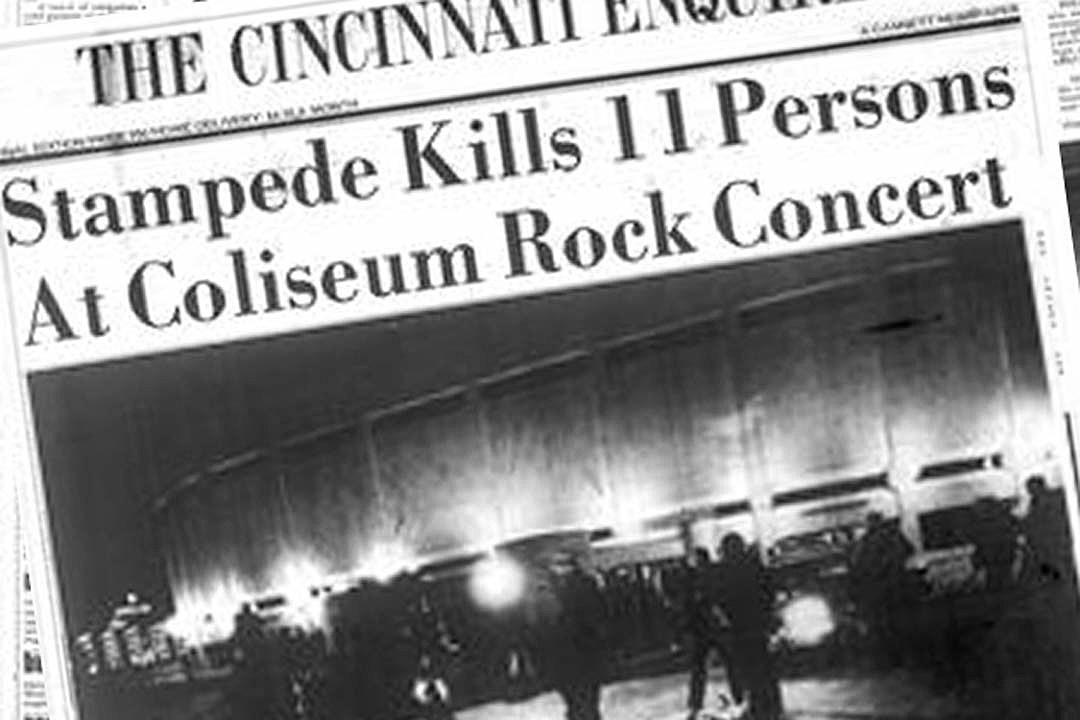 Pete Townshend and Roger Daltrey are remembering the tragedy in which 11 Who fans died 40 years ago in Cincinnati.

A crowd stampede ahead of a concert on Dec. 3, 1979 at the Riverfront Coliseum resulted in the deaths of people aged between 15 and 27, along with eight other serious injuries. In order to avoid the risk of a riot, the show was allowed to go ahead, but the Who were not told what happened until after the main set was over.

“You know, I’m still traumatized by it,” Townshend told WCPO in a new documentary called The Who: The Night That Changed Rock. “It’s a weird thing to have in your autobiography that, you know, 11 kids died at one of your concerts. It’s a strange, disturbing, heavy load to carry.”

Daltrey added: “That dreadful night of the third of December became one of the worst dreams I’ve had in my life.” Band manager Bill Curbishley, who made the decision to proceed with the show, said: “Despite everything, I still feel inadequate. I don’t know about the guys, but for me, I left a little bit of my soul in Cincinnati.”

The documentary was created by broadcaster Tanya O’Rourke, who grew up in an area where three of the victims came from. She explored the effect the tragedy had on the survivors, and how concert arrangements across the country were changed to keep a similar event from happening again.

“I’m proud of our team’s work in commemorating those who were lost that night,” WCPO executive Mike Canan said. “I’m equally proud of Tanya and our team’s empathy for the victims and those who have dealt with loss and guilt from this incident for 40 years.”

The Who: The Night That Changed Rock airs at 8 p.m. ET on Dec. 3, and will stream live on the WCPO website.

Why Don’t More People Love This Album by the Who?