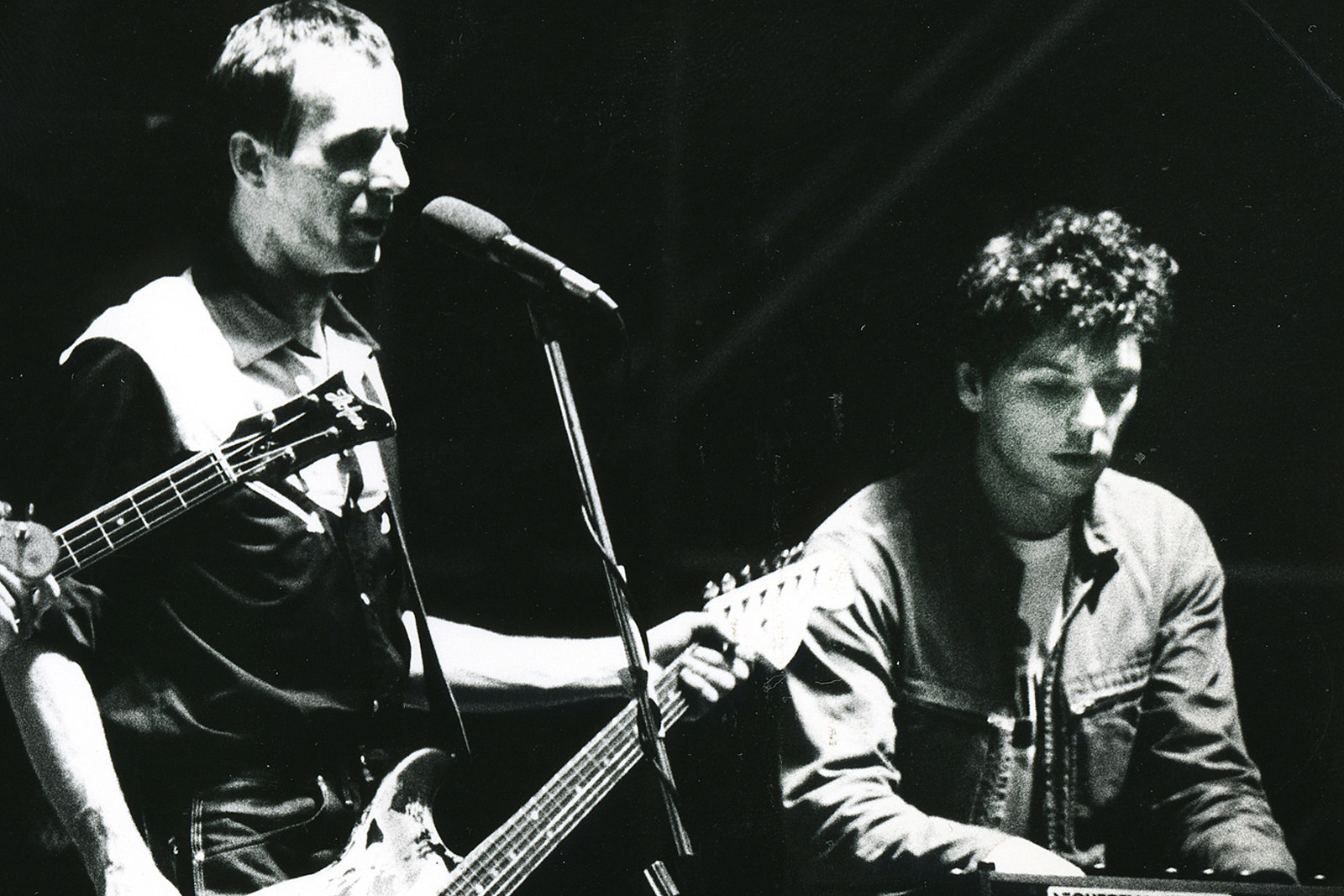 They’re set to appear at festivals during 2020 in collaboration with the funk band Turkuaz, whose studio work is produced by Harrison.

Remain in Light – which features the classic song “Once in a Lifetime” – gained critical acclaim for its experimentation and fusion of a wide range of genres, many of them originating in African art. The tour in support of the album saw Talking Heads extend to nine members, including Belew, who also played guitar and guitar synth on the LP. The concert movie Talking Heads Live in Rome documents the shows.

“In case you haven’t heard, the seminal record Remain in Light turns 40 next year,” Belew announced on Facebook. “I will be recreating my role from the record and its world tour in festivals throughout the year with the great funk band Turkuaz and fellow Talking Head Jerry Harrison.”

“It’s been a long time since I’ve toured,” Harrison said in a statement. “Once I started producing Turkuaz, I started to think, ‘I’d love to play Talking Heads’ songs again.’ And Turkuaz is one of few artists that really understand this music. Once Adrian signed on, it was clear we could recreate the excitement and joy that was achieved in Talking Heads’ iconic 1980 Rome concert.”

Just one appearance has been confirmed so far, at the Floyd Fest event in Patrick Country, Va., which runs from Jul. 22 to 26.

“Many consider this time as Talking Heads at their absolute peak powers,” organizers said of the Remain in Light era. “In addition to playing the record in sequence, the show will feature other Talking Heads songs, as well. … Turkuaz has been pacing on average about 100 shows per year since 2013, and with the release of Life in the City in 2018, the band kicked things up a notch. … The band wears their Talking Heads influence proudly. … Entertainment Weekly has proclaimed Turkuaz as ‘a cross between Talking Heads and Jesus.’”