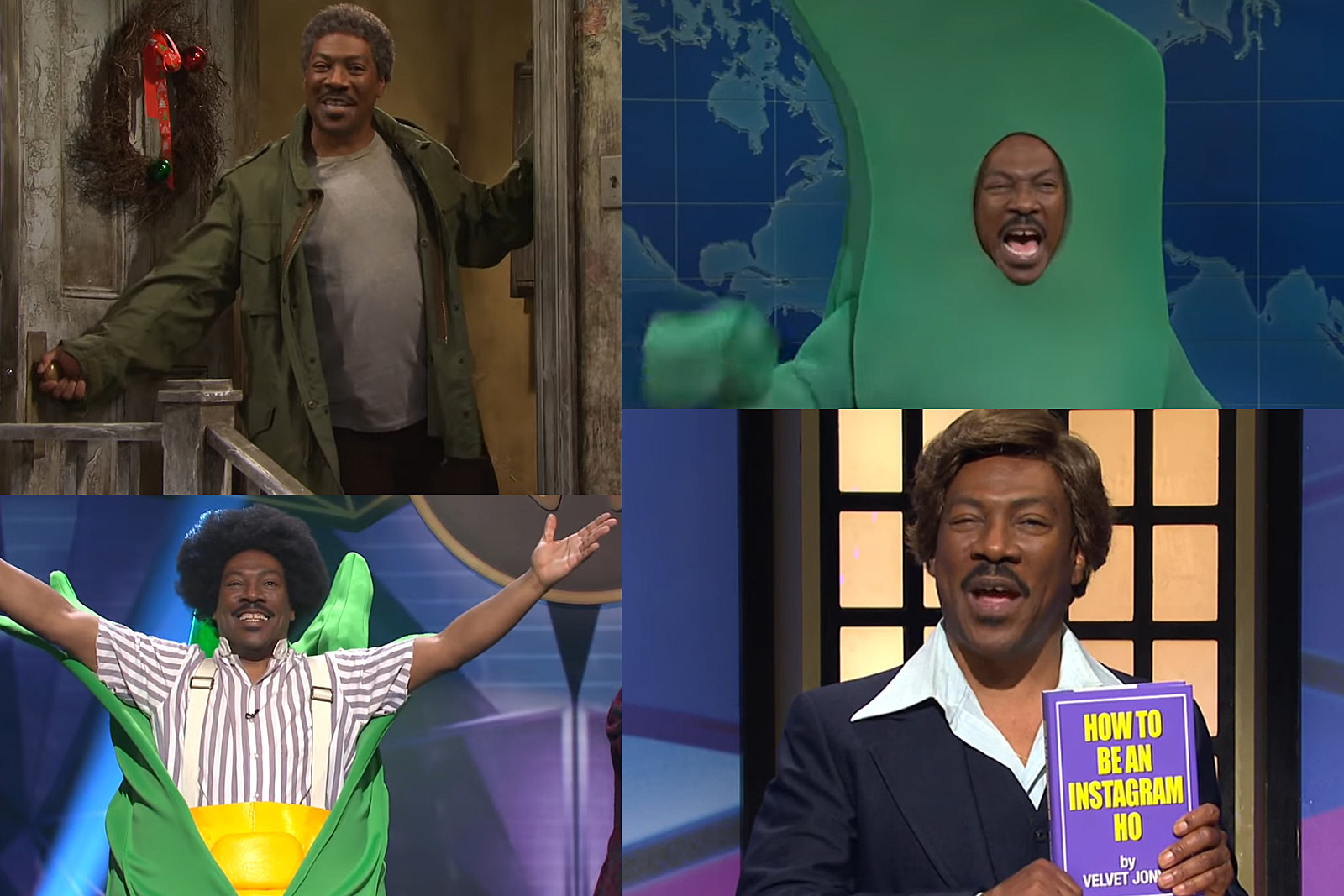 Eddie Murphy returned to Saturday Night Live last night (Dec. 21) to host the show for the first time since 1984.

As promised, he brought back some of the memorable characters he’d created as a cast member in the ‘80s, including Buckwheat, Mr. Robinson, Velvet Jones and Gumby.

You can see videos of all of those sketches below.

“It’s great to be back here finally,” Murphy said at the start of his opening monologue, once the audience had stopped chanting his name. “This is the last episode of 2019, but if you’re black, this is the first episode since I left back in 1984.” He then showed a picture of himself from 35 years ago, claiming: “I look at least five years younger there. Well, you know what they always say – money don’t crack.”

He went on to talk about the changes that had taken place. “I have 10 kids now,” he said. “Eleven if you count Kevin Hart. My kids are pretty much my whole life now. But if you had told me 30 years ago that I would be this boring stay-at-home house dad and Bill Cosby would be in jail, even I wouldn’t have took that bet.” He then spoofed Cosby, saying, “Who is America’s dad now?”

At the conclusion of his monologue, Murphy was joined by fellow SNL alumni Tracy Morgan and Chris Rock, along with Dave Chappelle. The quartet joked that “right now, you’re looking at about half of Netflix’s budget” – a reference to Rock and Chappelle’s stand-up specials and Murphy’s new movie My Name is Dolemite.

Murphy next brought back his Mr. Robertson character – a take-off of Mr. Rogers – to explain the word “squatter’s rights,” saying that “gentrification” works “like a magic trick. White people pay a lot of money, and then poof! All the black people are gone. But where do they go, boys and girls? Back to where they came from, of course – Atlanta!”

The comedian also appeared in several well-received original sketches, delivering a flashback-filled “what everybody was really thinking” holiday dinner speech and serving as an overexcited witness during a local news report from the site of an elf massacre at the North Pole.