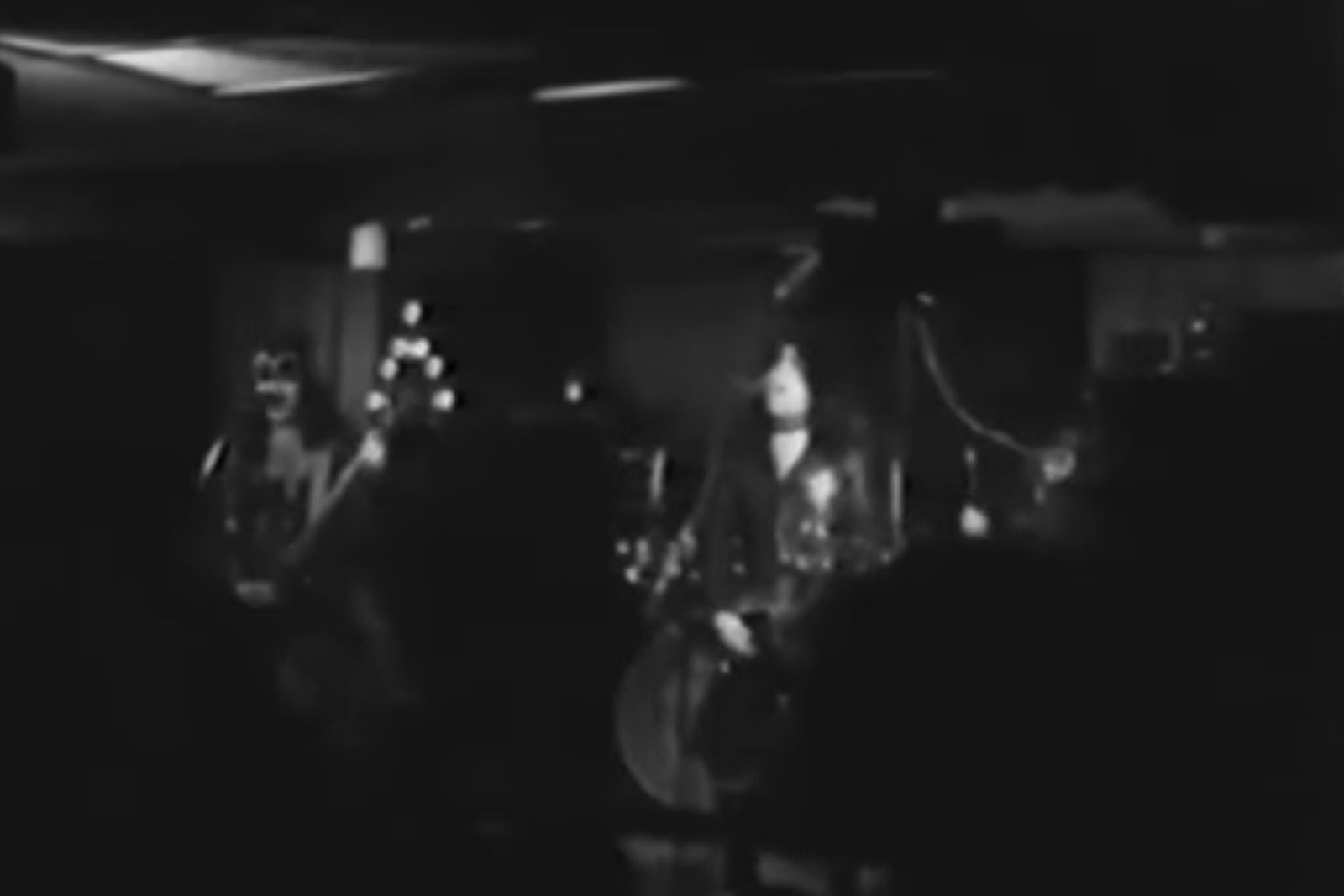 Shot on Dec. 21, 1973 and found by Dangerous Minds, the concert took place at the Coventry, the same Queens, N.Y. music venue where Kiss made their live debut less than a year prior.

“We’re going to present a group to you that’s got an album coming out January 25th,” an announcer can be heard saying at the 1:39 mark of the below video, referring to the group’s self-titled debut album, which would actually come out Feb. 18. “Put your two lips together. Ladies and gentlemen, Kiss!”

Though the black and white video is low in quality, Gene Simmons, Paul Stanley, Peter Criss and Ace Frehley can be seen rocking through the songs “Deuce” and “Cold Gin,” both of which would appear on their eponymous LP. The footage cuts-off before the end of the latter tune.

Response to Kiss was initially tepid. Though the LP featured future classics like “Strutter,” “Nothin’ to Lose,” “Black Diamond” and the aforementioned “Cold Gin,” the album was only able to peak at No. 87 on the Billboard chart.

The group’s second and third LPs, Hotter Than Hell and Dressed to Kill, were released in 1974 and 1975 respectively. Though each album was pivotal in establishing the Kiss machine, the group wouldn’t truly hit their commercial breakthrough until September 1975, when the live release Alive! launched the band to mainstream stardom.