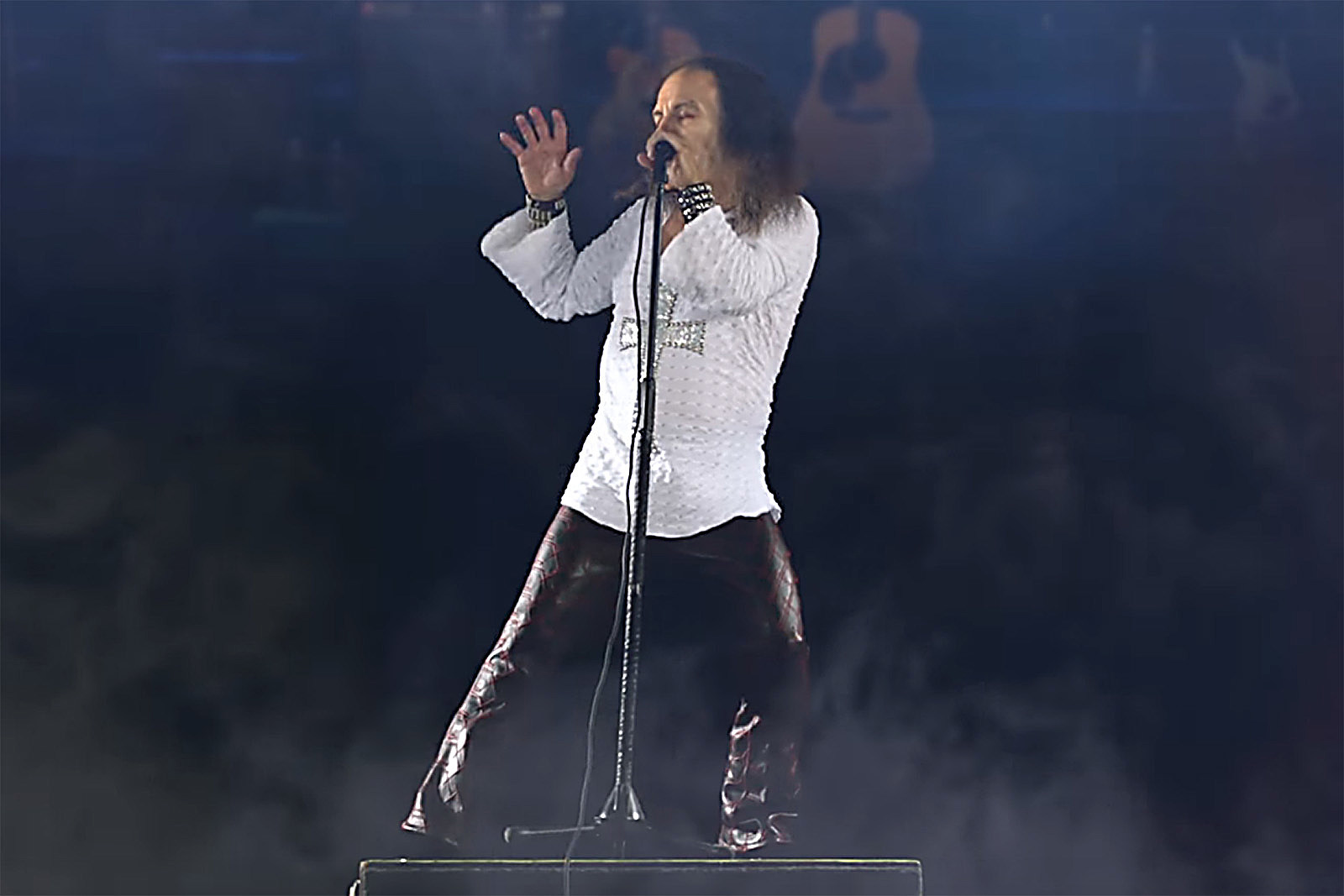 Former Dio guitarist Tracy G says he doubts that late singer Ronnie James Dio would approve of the hologram version of himself.

The projection was developed in association with Dio’s widow and made its first stage appearance in 2016, then toured the U.S. in 2019. Since the shows began, Wendy Dio and members of the live band that takes part have argued that it needs to be seen in real life before anyone decides if they like it or not.

“I don’t know about that, man. I just don’t know about it,” G told 80s Glam Metalcast (via Blabbermouth). “It looks creepy to me, ‘cause it’s not him. It looks like a puppet.” The guitarist, who played with Dio from 1993 until 1999, added that he felt it was “cool to keep his music alive and all that jazz,” but continued: “What little I’ve seen, it looks weird to me, and I just don’t know if he’d be a big fan of it. People say different things, and it’s all hearsay. I knew the guy for six years, and what I knew about him, I can’t see him looking at that and going, ‘Bitching!’”

G said he’d spoken to Bjorn Englen, who plays bass in the version of Dio that performs with the hologram, and discovered they were using vocal tracks recorded during his own time with the group. “[T]hey stole Ronnie’s vocals from when I was playing with him… the hologram is singing it but then they’re playing the song; they’re following Ronnie. So, I was, like, ‘That’s pretty cool.’ … [T]hey thought his best performance, a couple of those songs, was from my era, when I was playing with him. So that made me feel kind of good. I was, like, ‘Well, that’s cool.’ He continued: “To sum up what I think of the whole hologram thing – I don’t know,” he added. “I’ve gotta just say I don’t know. I’m not sure.”

Blabbermouth reported that another former Dio guitarist, Doug Aldrich, had expressed his own doubts earlier in 2019, saying: “I’d go see it to support the guys and and everything, but I can tell you that Ronnie would probably not like this. He would probably be like, ‘This is not what I signed up for.’ … I knew Ronnie well enough to know that he was very particular and he would prefer for them to let him just die and be in peace.”