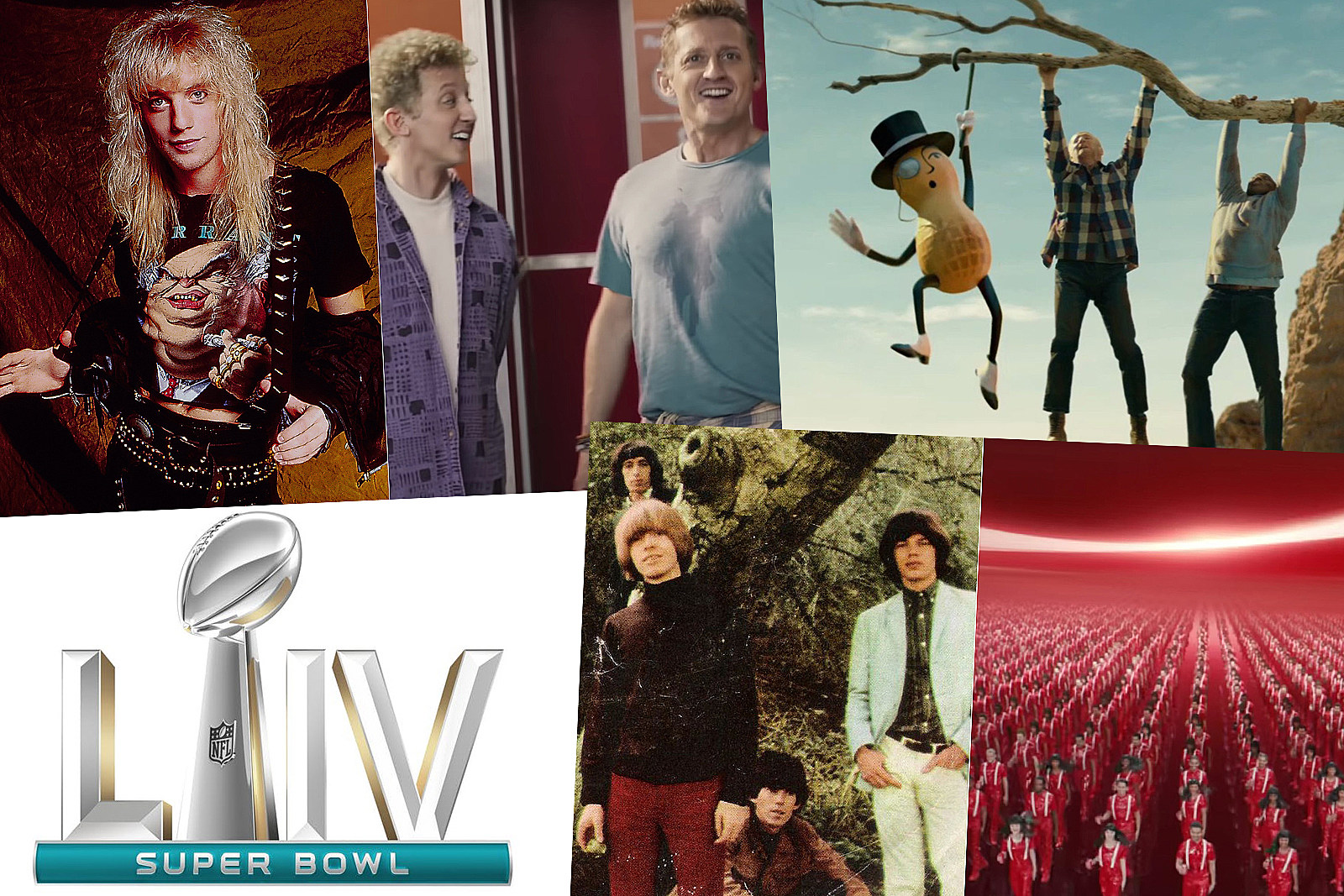 It’s no secret that the Super Bowl is big business. Estimates predict this year’s game will generate more than $17 billion in revenue nationwide.

This year, a prime-time 30-second spot costs more than $5 million, and that’s without factoring in production costs for even making the ad.

With so much attention being paid to the commercials, advertisers often enlist classic-rock tracks to give their spot an extra dose of adrenaline. Aerosmith, Queen, Bob Dylan and Motley Crue are some of the many vaunted acts to have their tunes used in recent Super Bowl ads.

We’ve rounded up this year’s entries to give you 2020’s Classic Rock Super Bowl Commercials.

Rapper Missy Elliott and R&B singer H.E.R. deliver a modern cover of the Rolling Stones’ “Paint It, Black” in this commercial for Pepsi Zero Sugar. The spot showcases H.E.R. standing among a sea of people dressed in red who are also drinking out of red soda cans (which look strikingly similar to Pepsi’s cola rival, Coke). When H.E.R.’s red can turns into a black can of Pepsi Zero Sugar, the singer escapes the crowd, busts through a wall and joins Elliott monochromatic dance party.

Warrant’s 1990 track “Sure Feels Good to Me” soundtracks Walmart’s 2020 Super Bowl commercial. The song plays as some of the most recognizable sci-fi characters in movies flock to the retail giant to pick up supplies. Men in Black, Star Wars, Flash Gordon, Star Trek and Blade Runner are just some of the many films earning screen time in the spot. Also look for a cameo by Alex Winter, aka Bill from Bill and Ted’s Excellent Adventure.

As actors Wesley Snipes and Matt Walsh enjoy a road trip with Planters mascot Mr. Peanut, Cutting Crew’s 1986 hit “(I Just) Died in Your Arms” plays in the vehicle. The track provides a bit of foreshadowing as, seconds later, the car careens off the side of a mountain, leaving the three men — okay, two men, one fancily attired peanut — hanging onto a tree branch for dear life. As the brittle limb begins to break, Mr. Peanut sacrifices his own life to save his friends, letting go and plummeting to his demise. In response to the recent death of basketball star Kobe Bryant, Planters paused social media ad campaigns tied to this commercial, but reportedly have no plans to cancel the Super Bowl airing.