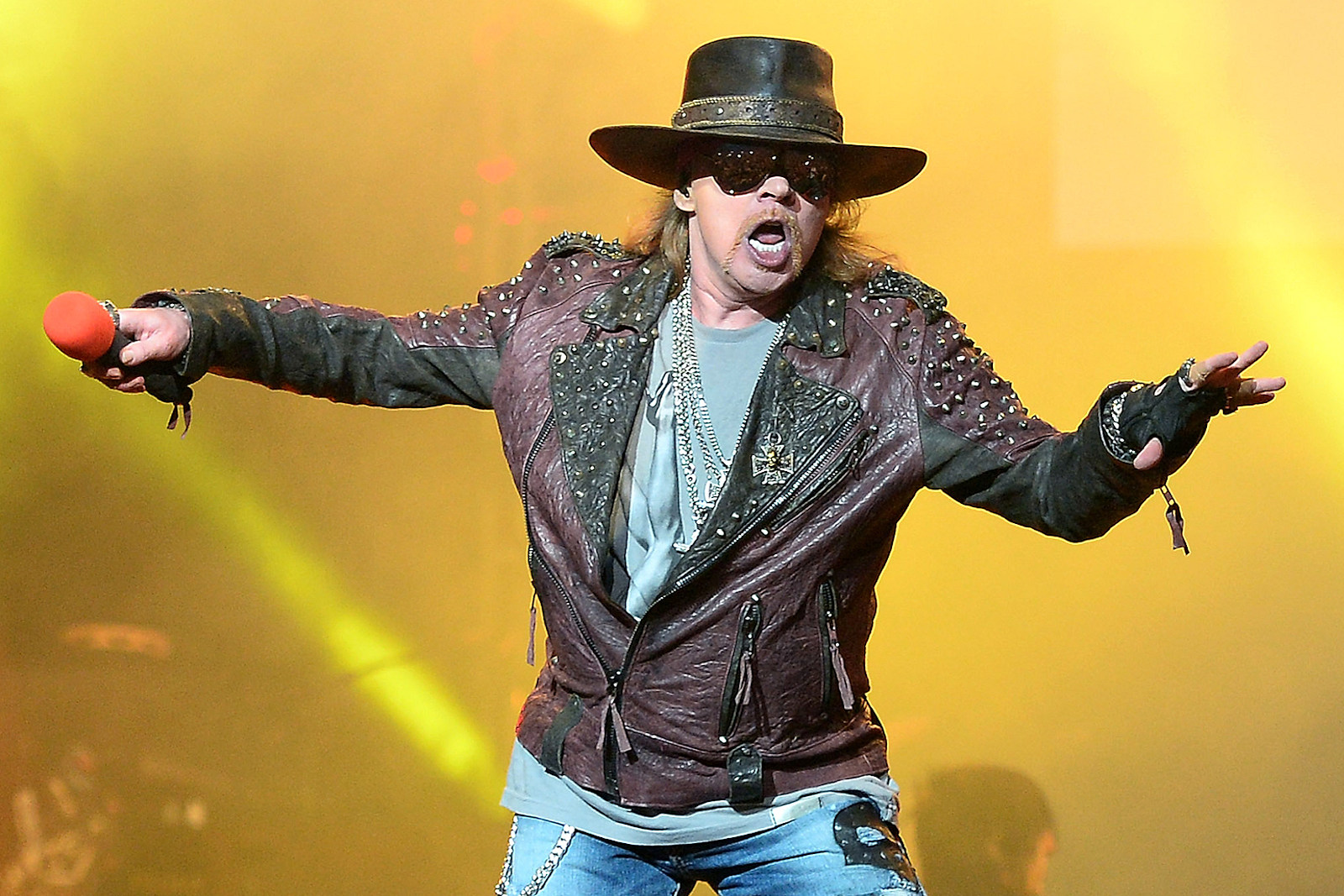 The problem first raised its head in 2019 when former record label A&R man Tom Zutaut auctioned off his storage unit containing digital recordings of GNR music from 2000 and 2001. The buyer was Rick Dunsford, a die-hard fan who paid $15,000 to get his hands on the material.

Eventually, the band’s management found out about the transaction and quickly bought the recordings back from Dunsford. However, roughly a month after that agreement was made, the unreleased Guns N’ Roses music began to appear online. Now, according to TMZ, Universal Music Group — which owns the copyrights — is planning legal action against Dunsford.

This isn’t the first time that the superfan has felt repercussions for his actions. Last year Dunsford was banned from Guns N’ Roses shows due to his alleged involvement with the leak.

“[The ban] is pretty much for the rest of my life,” Dunsford explained after being removed from the band’s Oct. 2019 concert in Wichita, Kan. “They made it clear that if I am spotted at all, I will be arrested on the spot.”

For his part, Dunsford insisted he is not behind the leaks, noting that he was one of many fans who paid up for the rare GNR recordings. “I know the seller that I bought them from was continuing to sell to other individuals, and there was a massive leak. So pretty much, I’ve been blamed for this.”

In a statement to TMZ, a representative for Guns N’ Roses said: “It is tremendously disappointing, sad, and unfortunate that a record executive involved with the band in their early years found it appropriate to auction off the unreleased materials owned by his former employer.”