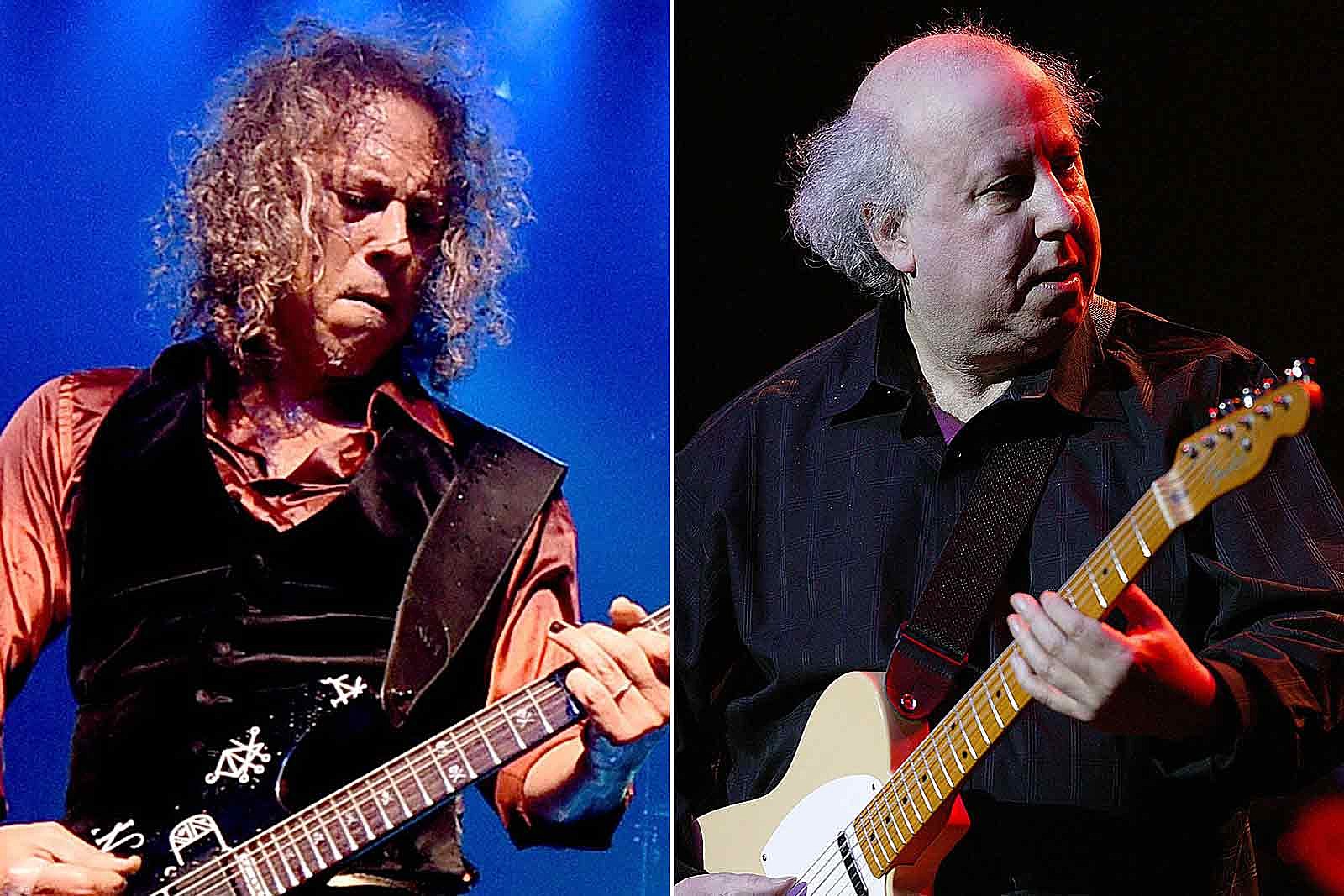 Hammett – who now owns Green’s “Green” 1959 Les Paul guitar – recorded at London’s Abbey Road Studios last week, and the results will be revealed later this year. Hammett posted a picture of the pair and the instrument on his Instagram page.

“Fleetwood Mac guitarist Peter Green, now 73, is a reclusive music legend, now living in retirement in the south of England,” Rufus Publications told Planet Rock in a statement. “He spends most of his days playing guitar or drawing at home, creating a body of artwork over the last few years. Recently, he has been working with Rufus Publications on a special book and music project, scheduled for release later this year.”

After the studio session, Hammett visited Green at home, resulting in a reunion with the guitar for the first time since he’d sold it to Gary Moore 47 years ago.

The statement noted that “it was an astonishing meeting of two great, but very different, musicians who spent much of the afternoon discussing the guitar and the music that inspires them. Kirk played Peter the guitar track recorded at Abbey Road, and the day ended with Kirk telling Peter he would be sending him a full set of Metallica recordings to listen to.”

The project is due to be released later this year, with Rufus noting it would also include “several guest musicians playing on some unique recordings.”

Meanwhile, Metallica frontman James Hetfield will undertake his first major public appearances since he returned to rehab last year. He’ll help open an exhibition of his custom cars and memorabilia Petersen Automotive Museum in Los Angeles on Jan. 30, ahead of the public opening on Feb. 1.