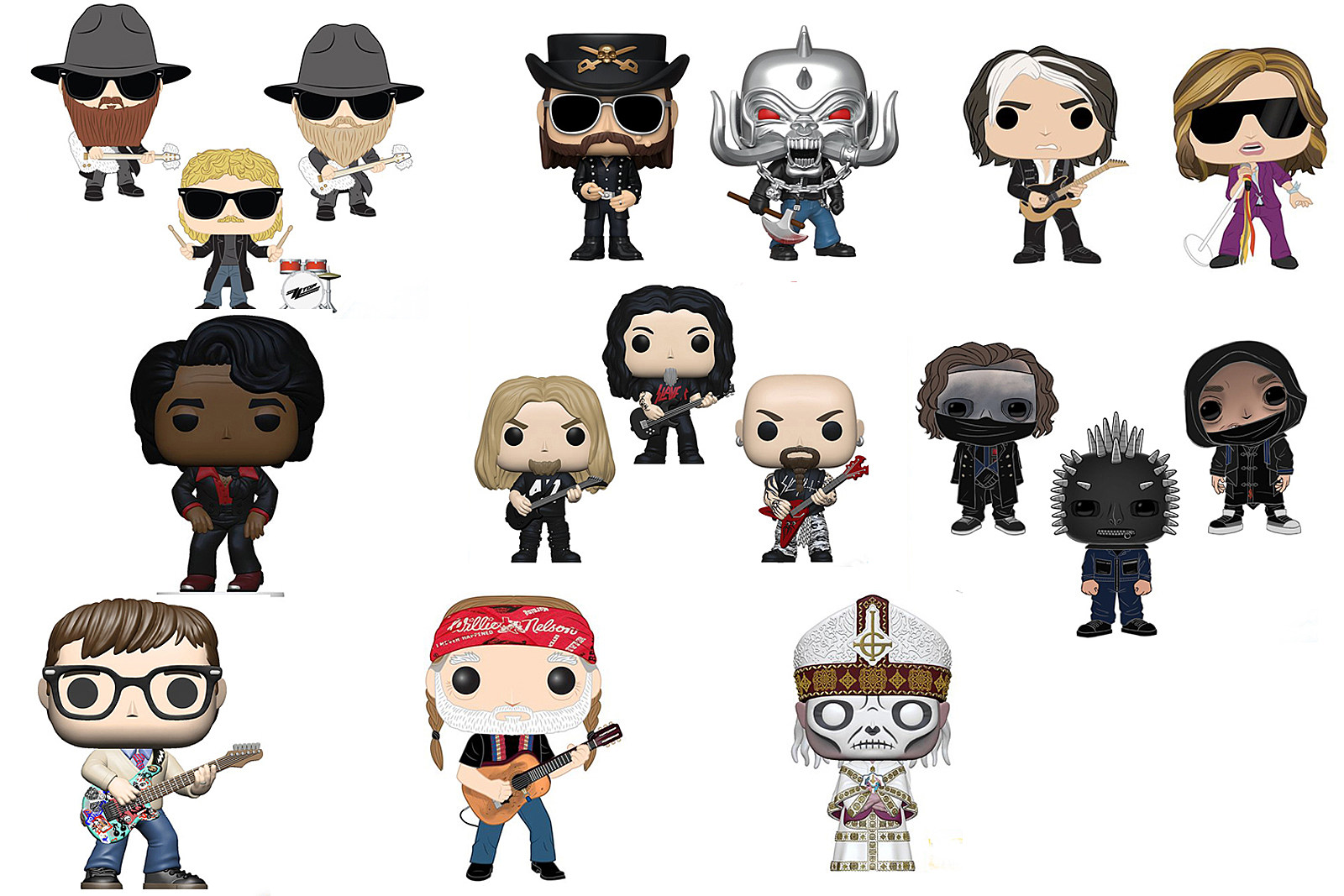 Aerosmith and ZZ Top are getting their own Funko Pop! figures.

Motorhead frontman Lemmy Kilmister, who was previously immortalized in vinyl back in 2016, will be honored with a second figure, alongside the band’s longtime mascot Warpig.

You can see conceptual art versions of all 16 new Funko Pop! figures below.

The announcements were made during the annual London Toy Fair, the United Kingdom’s “largest dedicated toy, game and hobby trade show.” No release dates have been revealed for any of the figures yet, with the company’s site listing them all as “coming soon.”

In addition to Nelson, country music was also represented with a figure of Shania Twain, while the world of hip-hop saluted with dolls for N.W.A.’s Eazy-E, Lil Wayne and Salt and Pepa.

Later this month, figures for all five members of Def Leppard‘s current lineup will be released, and February 17 will see the debut of four different Funko Pop! versions of Iron Maiden‘s famous mascot Eddie – one each from the covers of their self-titled 1980 debut, 1981’s Killers, 1982’s The Number of the Beast and 1983’s Piece of Mind.