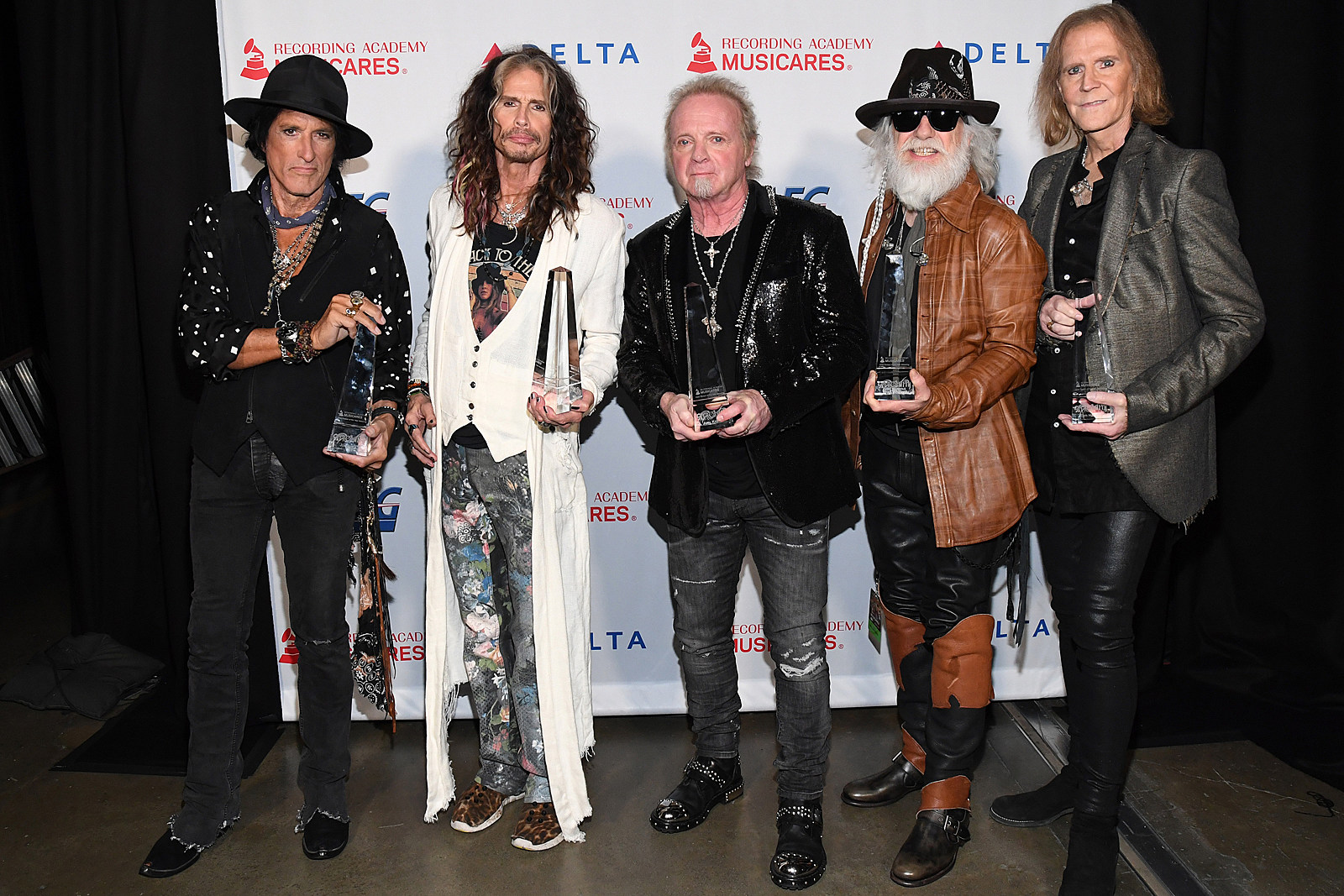 Aerosmith accepted MusiCares’ Person of the Year Award last night with Joey Kramer on the podium, but they did not perform with him.

However, Kramer, whose bid to be reinstated behind their drum stool for this and tomorrow’s spotlight at the Grammys was denied by a judge, was given an opportunity to speak at the ceremony, following Steven Tyler.  He said, “A shoutout for love and gratitude — to MusiCares, to all our fans, to my partners, to my forever-supportive wife Linda, and to you guys out there and the music industry.”

According to Yahoo! Music, Kramer then left the stage, and Aerosmith performed three songs. They began with “Big Ten Inch,” followed by H.E.R. coming on for “Dream On.” Alice Cooper and Johnny Depp of Joe Perry‘s side project Hollywood Vampires closed it out with “Sweet Emotion.” As Tyler introduced the musicians, he said, “Joey Kramer, where are you? We love you, man!”

Kramer has not performed with the band in the past six months due to an injury. The band required him to audition to prove he could play at “an appropriate level,” which he subsequently failed. The drummer responded with a lawsuit in the hopes that it would reinstate him in time for this weekend’s ceremony and tomorrow’s Grammy Awards, but a judge ruled against Kramer.

“Given that Kramer has not played with the band in six months and the dearth of available rehearsal time before the upcoming performances, Kramer has not shown a realistic alternative course of action sufficient to protect the band’s business interests,” the ruling declared.