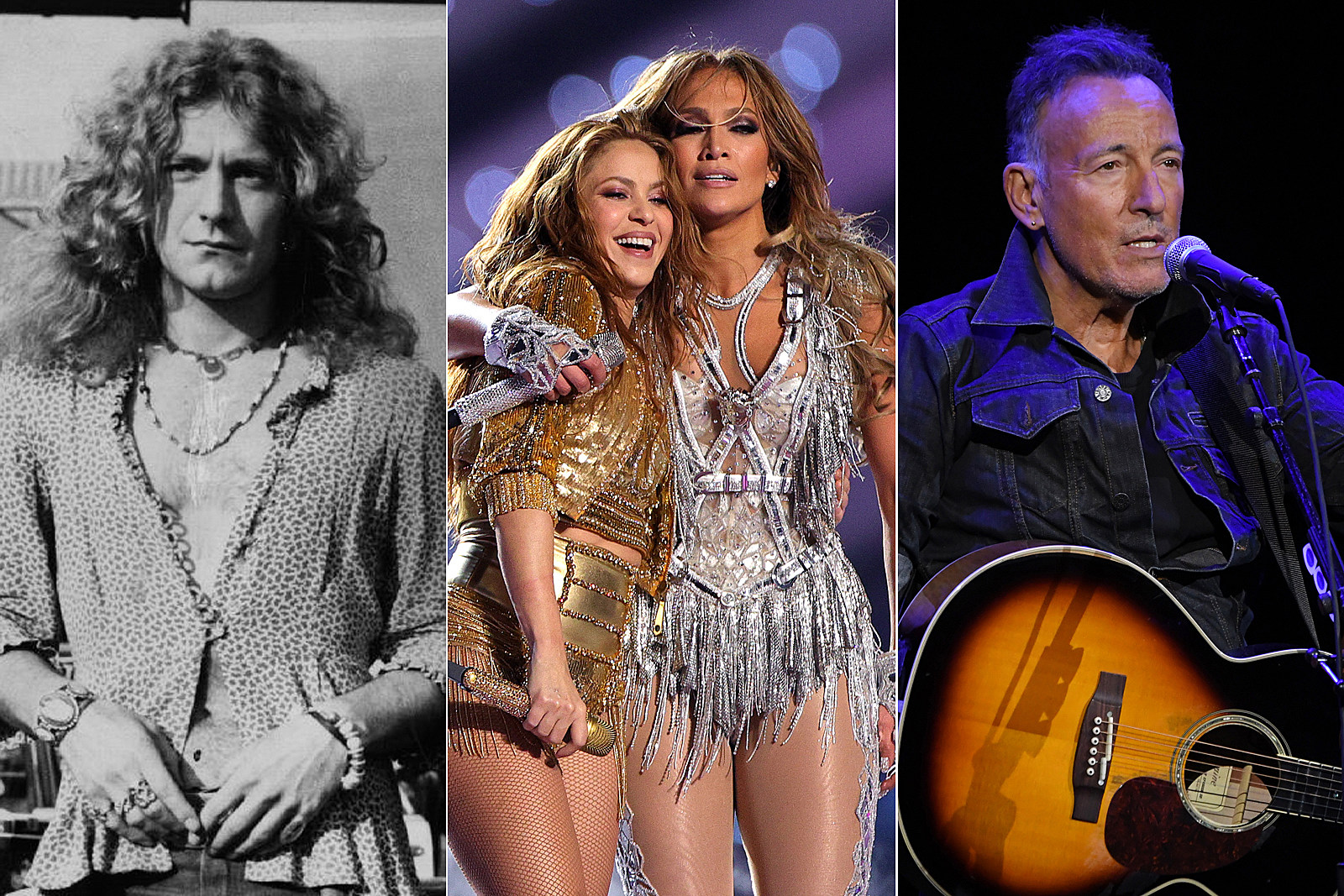 Snippets of Led Zeppelin‘s “Kashmir” and Bruce Springsteen‘s “Born in the U.S.A.” were performed during the halftime show of last night’s Super Bowl, held at Hard Rock Stadium in Miami Gardens, Fla.

An eight-second bit of the riff from “Kashmir” was used by Shakira as a transition between “Empire” and “Chantaje.” Another eight seconds of “Born in the U.S.A.” were performed in the middle of Jennifer Lopez‘s “Let’s Get Loud” by Emme Maribel Muniz, Lopez’s 11-year-old daughter. At the time, Lopez was wearing an outfit with the Puerto Rican flag on one side and the U.S. flag on the other. Lopez is of Puerto Rican ancestry and was born in New York City.

When it was announced that Shakira and Lopez were to perform the halftime show, Dee Snider took exception to the decision. “Once again the great heavy music that rocks the stadiums week after week, game after game, is completely ignored,” he tweeted. “I guess we don’t shake our ass enough!!”

Snider was heard during the telecast, however, in the form of Twisted Sister‘s “I Wanna Rock.” The song was used in an ad for Facebook that played during the fourth quarter.