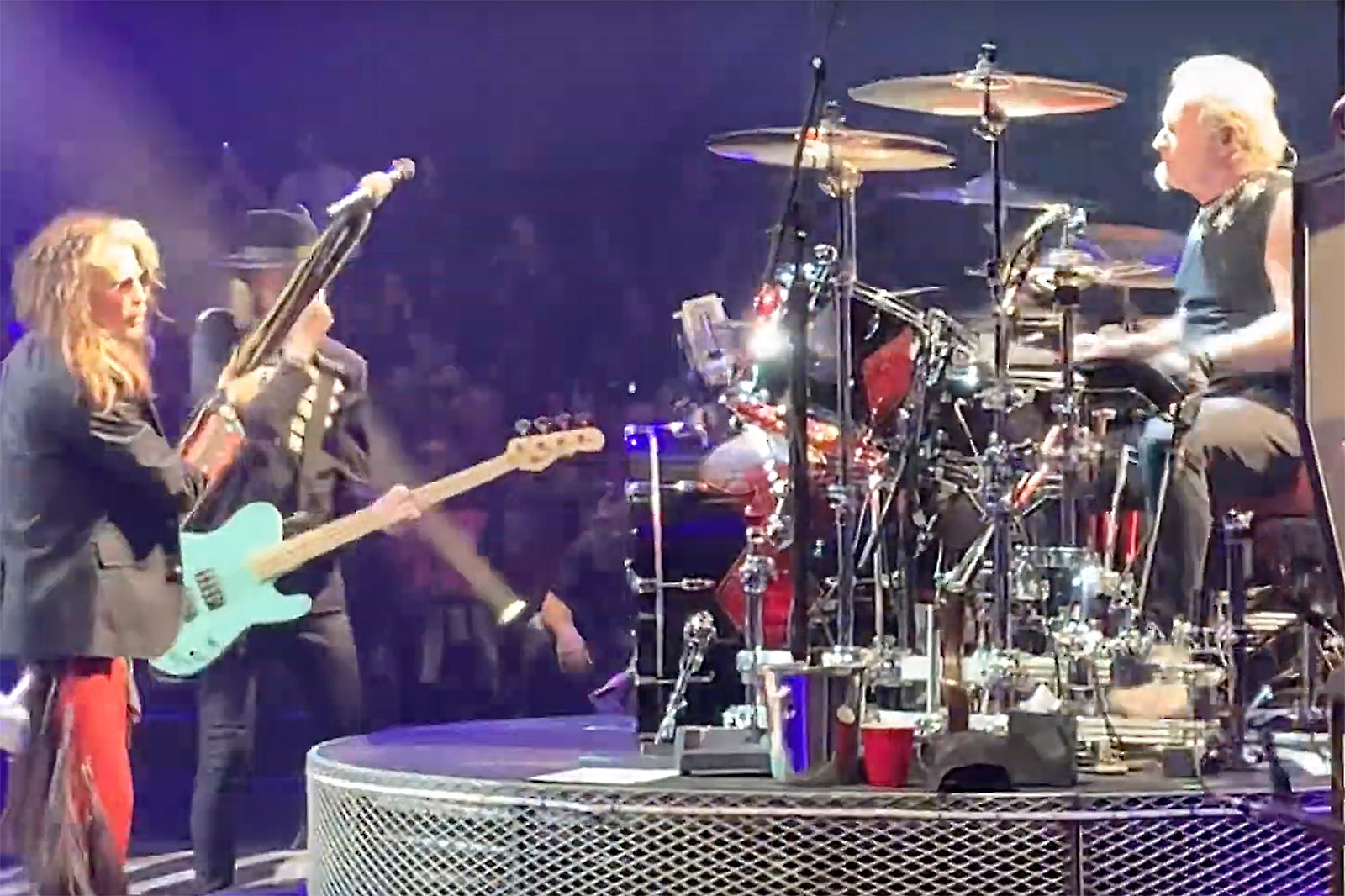 Joey Kramer returned to action with Aerosmith last night, appearing with the band at the latest installment of its Las Vegas residency.

It appeared to mark the end of a disagreement that had led to a lawsuit between the drummer and his bandmates, after they reportedly refused to let him perform with them, alleging he wasn’t up to the job.

The show at the MGM Park Theater began as usual with a short film that sums up the band’s career. The members then assembled at the back of the stage before the curtain rose, and then Kramer was the first to take his position. Singer Steven Tyler announced, “On the drums, Mr. Joey Kramer” to cheers from the audience.

They began the set with “Let the Music Do the Talking.” In the middle of the song, Tyler spent some time in front of Kramer’s kit and mouthed some words in his direction, but it’s not clear what was said.

You can watch them perform “Let the Music Do the Talking” below.

Kramer’s return presumably means the end of the dispute, which arose after he was forced to take time off after an injury. When he asked to return, he said he was invited to audition, which he found “humiliating.” He posted a video of himself being refused access to a rehearsal session, and later shared the podium, but not the stage, with his bandmates at recent MusiCares and Grammy awards nights.

Responding to the legal action, Aerosmith said their “brother” Kramer had “not been emotionally and physically able to perform with the band, by his own admission, for the last six months,” noting that, despite having “encouraged him to rejoin us … he’d left it too late to accept in time for Grammy rehearsals.”

The band noted it would be “a disservice to him, to ourselves and to our fans to have him play without adequate time to prepare and rehearse.” Confirming he was invited to attend the events, they insisted, “We are bonded together by much more than our time onstage.”

Aerosmith’s Las Vegas residency runs until June 4, after which they have a number of live appearances scheduled until Sept. 18.