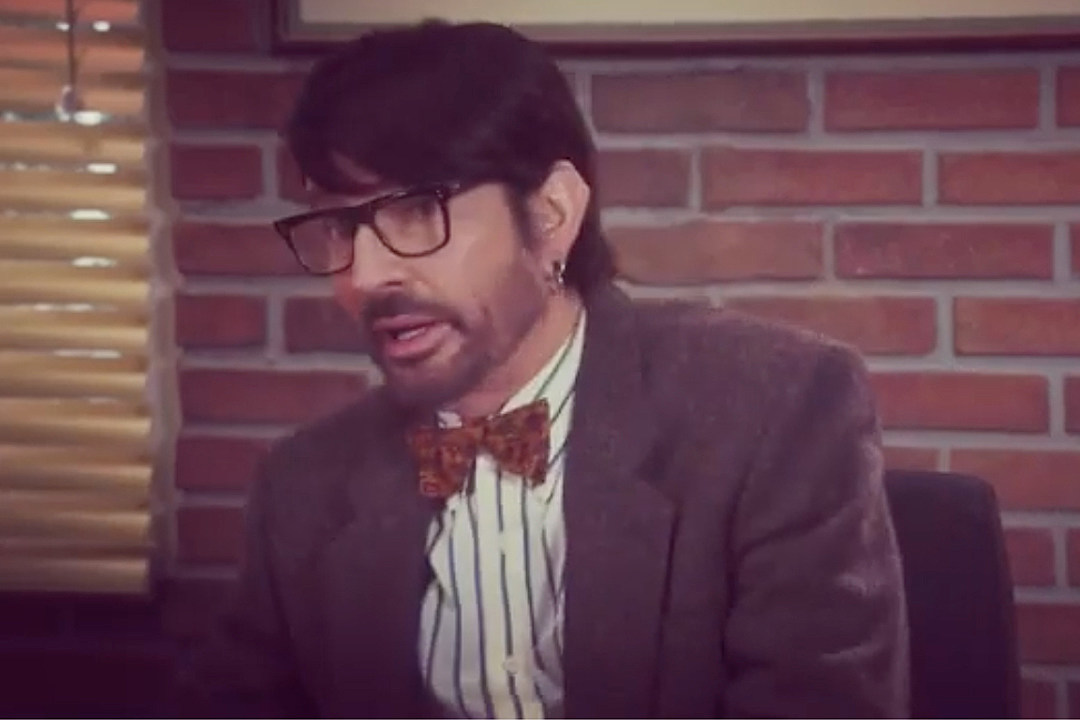 Tommy Lee becomes “Professor Lee” in a new clip from the ABC sitcom The Goldbergs. The teaser promotes the Motley Crue drummer’s upcoming cameo appearance from an episode airing tonight at 8PM ET.

The installment, titled “Preventa Mode,” follows Barry Goldberg (Troy Gentile) as he takes his college professor on a Valentine’s Day date. After the relationship sours, he visits her department head, Professor Lee, to make sure he’s allowed to date a teacher.

In the preview, Goldberg sits down at Lee’s desk and enthuses, “There’s this awesome rock song about inappropriate love I’m trying to base my life on.” The professor, sporting a bow tie, fires back, “You mean that deafening noise made by morally questionable gentlemen?”

Lee recently said he’s excited about the guest spot. “I love doing this type of thing,” he said (via Blabbermouth). “I got to work with an amazing cast and crew, play dress up for a day and have a blast. And I gotta say, damn … those professor shoes were so comfortable!”

“Growing up in the ’80s, I spent a lot of time watching MTV,” said the show’s creator and executive producer, Adam F. Goldberg. “I loved Motley Crue’s ‘Home Sweet Home’ video about missing your girlfriend while being out on the road. It was one of the first rock ballads that starts off with a soft piano and kicks in with the full band. I’m so grateful Tommy agreed to have some fun with us in this episode. He was terrific.”

When he isn’t dabbling in TV, Lee is gearing up for a Motley Crue reunion tour with Def Leppard, Poison and Joan Jett. The recently expanded trek kicks off June 23 in Kansas City, Mo., and wraps July 3 in Cleveland.