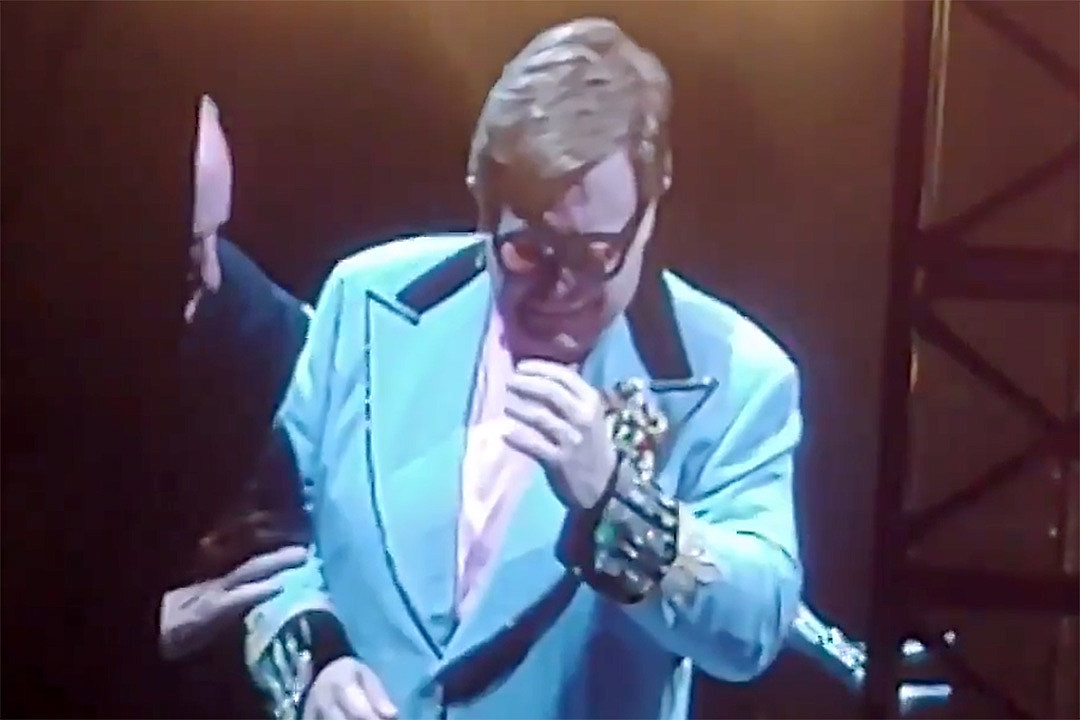 Elton John was forced to abandon a concert in New Zealand after telling fans he’d been diagnosed with “walking pneumonia.”

The singer had taken two breaks and received medical attention during the show at the Mount Smart Stadium in Auckland, before finding himself unable to finish 14th song “Daniel.”

Sofa-King-Cool Magazine reported that John had been checked over by medics after slumping over his piano during. After five minutes he returned to action, but told the audience: “I don’t know how much longer I can go on.” He left the stage after “Candle in the Wind” but returned to continue. During “Daniel” he announced: “I’ve completely lost my voice – I’m so sorry … I can’t sing. I’ve got to go. My voice is shot.”

The video below shows an upset John after making his announcement, leaning over apparently in tears, before being helped off stage.

“I want to thank everyone who attended tonight’s gig in Auckland,” John said via social media later. “I was diagnosed with walking pneumonia earlier today, but I was determined to give you the best show humanly possible.” He added: “I played and sang my heart out, until my voice could sing no more. I’m disappointed, deeply upset and sorry. I gave it all I had. Thank you so much for your extraordinary support and all the love you showed me during tonight’s performance. I am eternally grateful.”

Last month, he had to leave a stage in Australia when an heavy rain and hail broke out, damaging equipment. The Feb. 16 performance in Aukland was the first of three set to take place at the stadium, with the others scheduled for Feb. 18 and 20. His Farewell Yellow Brick Road tour is set to continue until the end of this year.