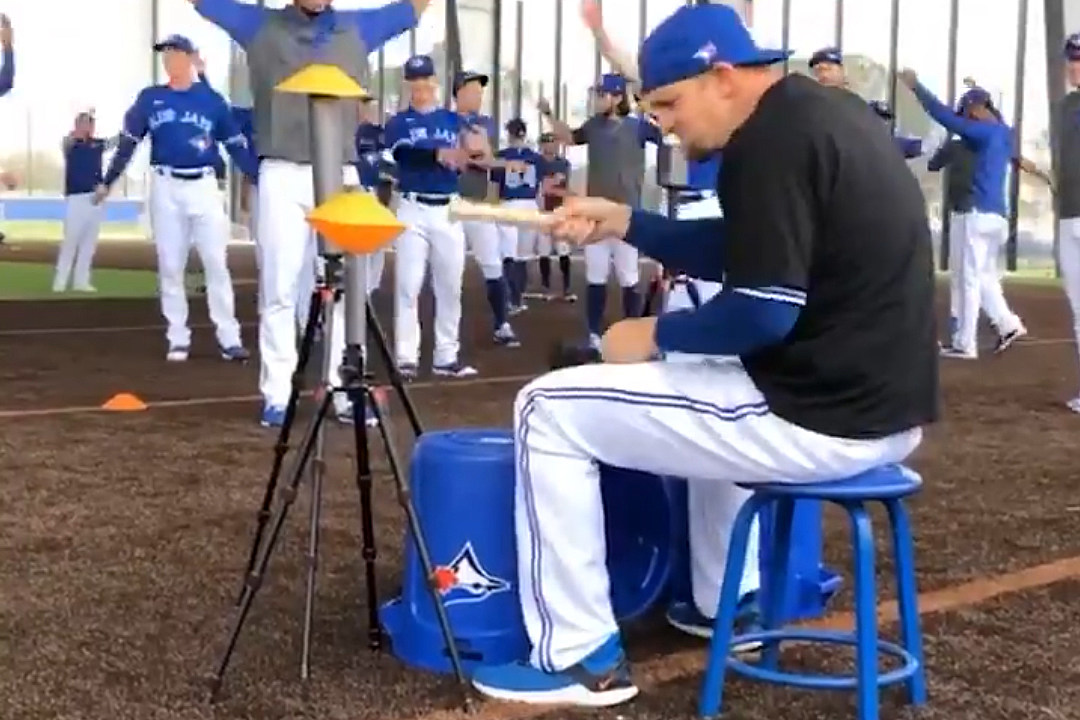 Spring-training footage shared by the MLB team’s official Twitter account shows the athlete “playing” behind an array of blue buckets as his teammates smile, laugh and clap along. And he rises to the challenge, nailing the movements of every tom-tom flourish and tricky ride-cymbal groove from the 1980 song — even the signature reggae breakdown. “Neil Peart would be proud,” the team wrote in its post.

“Don’t tweet much but am so saddened by the news of Neil Peart’s passing,” Joseph — who plays both real and air drums — tweeted in January after the Rush member died at 67 from a form of brain cancer called glioblastoma. “Rush is my favorite band and Neil my favorite drummer. The reason I even picked up drum sticks was because of Neil. Just absolutely crushed by this news. Always held hope for one more tour. Thank you, Neil!”

In 2017, Joseph spoke to Maryland’s Capital Gazette about how playing drums helps him prepare with baseball. “Rhythm, tempo, being soft with your hands but quick at the same time,” he noted. “It really does help — I’m not gonna lie. That’s why I’ve been vouching for an entire drum set in the clubhouse and will continue to do it.”

Sons of Apollo drummer Mike Portnoy also recently paid tribute to Peart, a close friend, in a lighthearted way: playing a series of Rush songs on a toy drum set. He then signed the kit for a recently wrapped auction benefiting brain-cancer research.