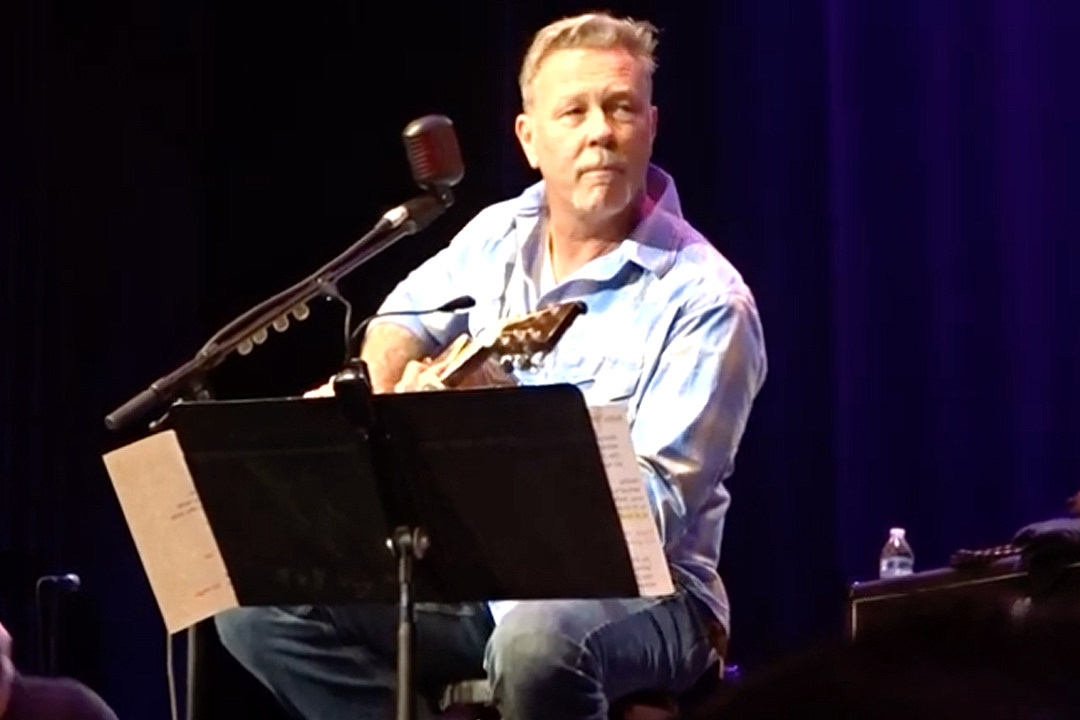 Metallica‘s James Hetfield paid tribute to Eddie Money with a solo acoustic performance of “Baby Hold On” at a concert honoring the late singer last night in Beverly Hills.

You can see fan-shot video of Hetfield’s appearance below.

“I got to hang out with Eddie, the last probably three years of his life,” Hetfield said before singing. “I saw the cleaned-up version of Eddie.”

He explained how they first crossed paths at an Oakland Raiders football game where Money was performing the National Anthem. “I met him before he went out there, and he kinda blew me off,” Hetfield recalled. “I thought, ‘Who is is this pompous ass?’ And, if you spot it, you got it, is what I’m saying. So it was like two big dogs going in a circle around each other, which was kinda funny. I saw through it. I saw through that ego and he saw through mine, and we got to be friends, because I think our egos matched the size or our insecurities.”

“Baby Hold On” was the first single from Money’s 1977 self-titled debut album and got the former police officer’s career off to a strong start by hitting No. 11 on the Billboard Hot 100.

Money died in September at the age of 70 after a prolonged battle with cancer.