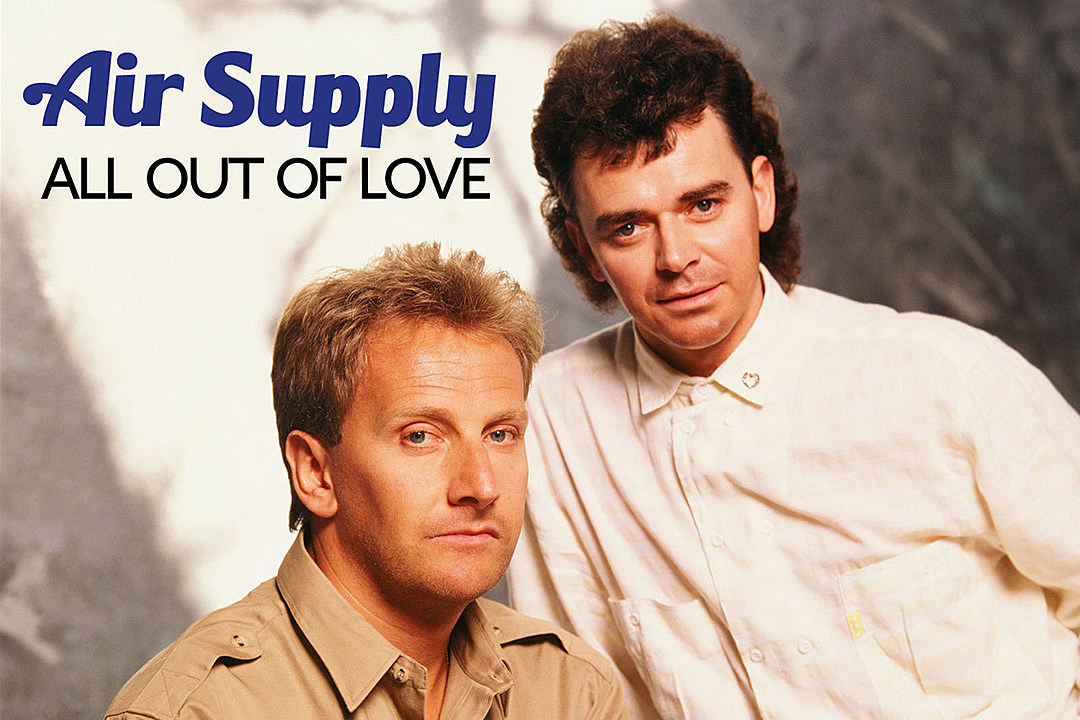 When soft-rock duo Air Supply reached No. 2 on Billboard’s Hot 100 chart in February 1980, the song U.S. listeners heard wasn’t the same as the one that was a hit in singer Russell Hitchcock’s native Australia two years earlier.

The lyrics were subjected to a small but significant change, which had been insisted upon by Arista Records boss and industry mogul Clive Davis. There was a line that  raised no issues in Australia, but which he believed wouldn’t work in the American market.

“’All Out of Love’ was written, and it was a hit in Australia in ’78,” writer Graham Russell told Songfacts. “But it had a couple of different lines in it. And when Clive heard them, he said, ‘These lines won’t go well in America.’ Originally it was, ‘I’m all out of love, I want to arrest you.’ By that I mean, ‘I want to get your attention.’ In Australia nobody questioned it. … Clive heard it, he says, ‘Oh, no, that’s too weird.’ It had already been a hit. He said, ‘In America they won’t understand that.’”

Russell agreed that the phrase “I want to arrest you” the way he meant it wasn’t common usage in Australia either. “I think it was just me using a weird word,” he allowed. “There are certain words that you just don’t use when you’re writing songs. … Words like ‘cabbage’ or ‘cauliflower,’ like that. There are certain words that just aren’t poetic. And ‘arrest’ is one of them. And I really don’t know why I used it. But Clive called me on it, and the rest became history.”

Watch Air Supply’s ‘All Out of Love’ Video

Davis suggested changing the line to “I’m all out of love, I’m so lost without you.” “I thought, ‘Yeah, that sounds great,'” Russell said. “I mean, at first I thought, ‘Oh, I don’t know if I want to change it.’ But Clive said, ‘It’s a great song and it could be a massive hit, but you just need to change a couple of lines.’”

The change – along with the following line “I know you were right” – was heard on the U.S. release, which eventually went gold. “We’ll never know if it would have worked the other way,” Russell said. “And I doubt it, to be honest. Because Clive is usually right. … And I have a feeling he was right in that instance too. And had I not changed it, it maybe wouldn’t have been the colossal landmark hit that it was.”

Complete with a songwriting credit for Davis, “All Out of Love” – which once set the record for the longest-held single note by a male singer when Hitchcock sustained the final note for 16.2 seconds – helped propel Air Supply’s fifth album, Lost in Love, sell more than 3 million copies.