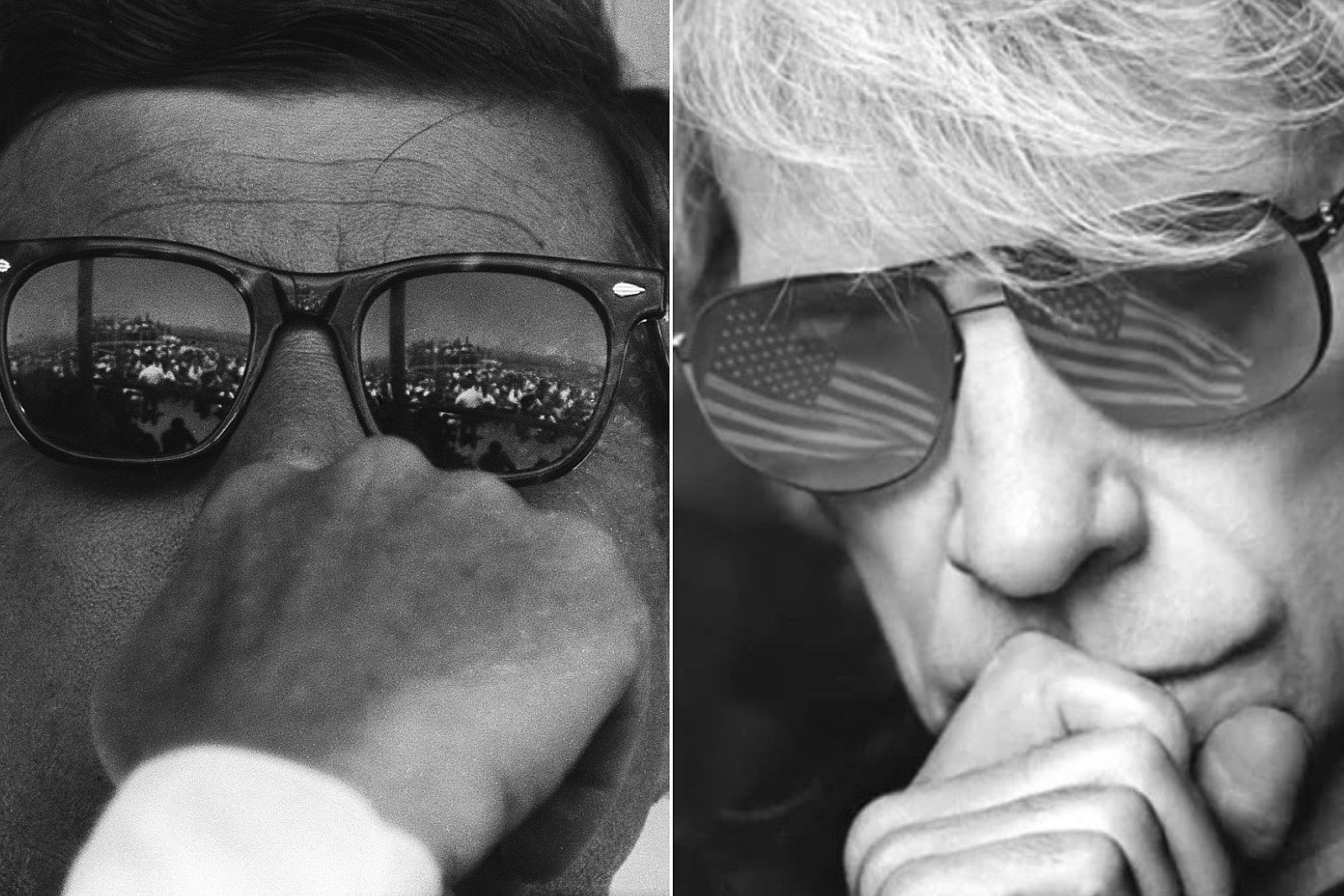 Jon Bon Jovi says he reached back to a notable political figure while creating the main image for his most political album ever.

“The inspiration for the cover of Bon Jovi 2020 is a photo of John F. Kennedy, taken by Michael Ochs in August of 1962,” Bon Jovi said on his official website. “It pictures the president reflecting both literally and figuratively upon a crowd in California.”

Bon Jovi 2020 follows the most personal album of Jon Bon Jovi’s career, as This House Is Not for Sale arrived in 2016 with the first songs since Bon Jovi split with longtime guitarist Richie Sambora. Bon Jovi has said he found himself looking outward in the years that followed, rather than inward. The upcoming album, and its cover image, were meant to reflect that.

“I saw this photo and wondered what the president was thinking,” he noted. “Since there are so many socially conscious songs on the record and my admiration of the photo of JFK, I asked photographer Clay McBride to capture it as the cover of Bon Jovi 2020.”

Kennedy was attending a groundbreaking ceremony for the Dan Luis Dam on the Pacheco Pass between Los Banos and Gilroy, Calif., when the photo was taken. Ochs, who served as manager for his brother Phil Ochs until the singer-songwriter’s suicide in 1976, later led publicity departments at Columbia Records and ABC Records before establishing rock’s most extensive image archive.