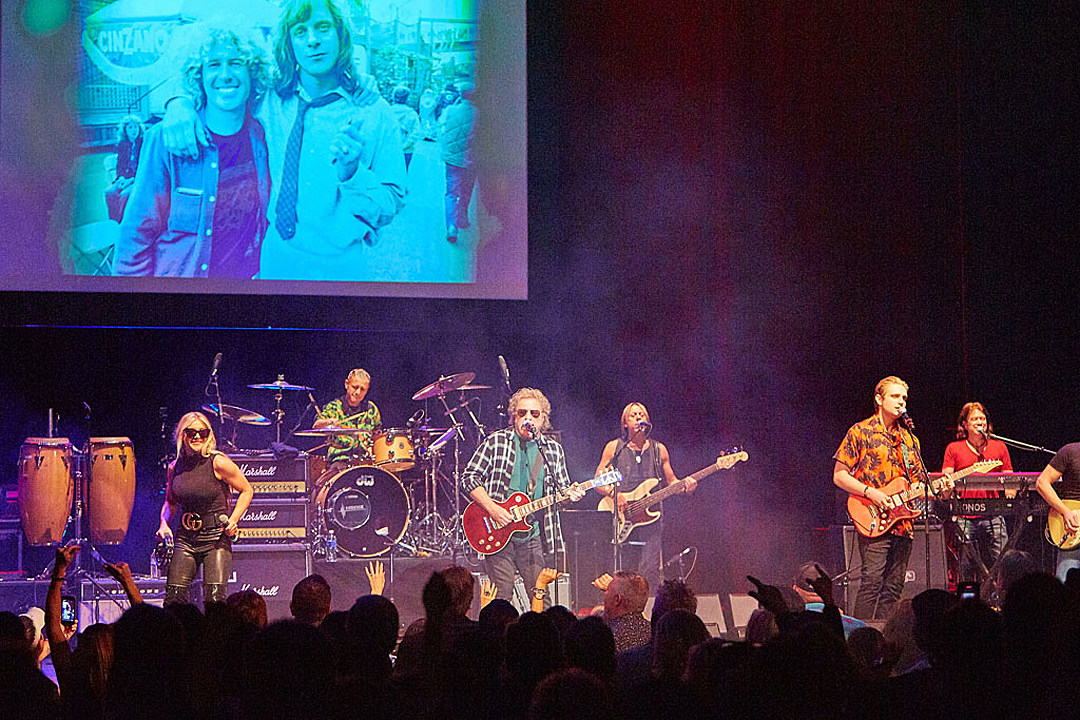 The network teased Eddie Money Tribute Concert with a clip of Sammy Hagar playing Money’s 1982 hit “Shakin'” with the late rocker’s children Dez, Jesse and Julian. In the video, the former Van Halen frontman belts the chorus and plays a guitar solo as a vintage picture of the two singers is projected behind the band.

The show’s set list also features Metallica‘s James Hetfield with a solo acoustic rendition of “Baby Hold On,” George Thorogood on “Money (That’s What I Want),” Mickey Thomas with “Walk on Water,” John Waite on “Save a Little Room,” REO Speedwagon‘s Kevin Cronin and Dave Amato on “Think I’m in Love” and Greg Kihn with “No Control,” among others. All the musicians unite for the final song, “Two Tickets to Paradise.”

You can watch the Hagar clip below.

A fan-shot video of Hetfield’s performance showed the singer and guitarist reminiscing about his friendship with Money. “I got to hang out with Eddie, the last probably three years of his life,” he says of the late singer and saxophonist, who died in September at age 70 following complications from esophageal cancer.

Money’s widow, Laurie Money, enthused about the special in a statement.

“AXS TV was a big part of our lives for the past two years while we shot [the reality TV show] Real Money, and we are so pleased to have them on board as the exclusive home for Eddie’s memorable tribute event,” she said. “We are so excited that others will now have the opportunity to witness the outpouring of love and support that Eddie and our family received from his music peers through this concert.”