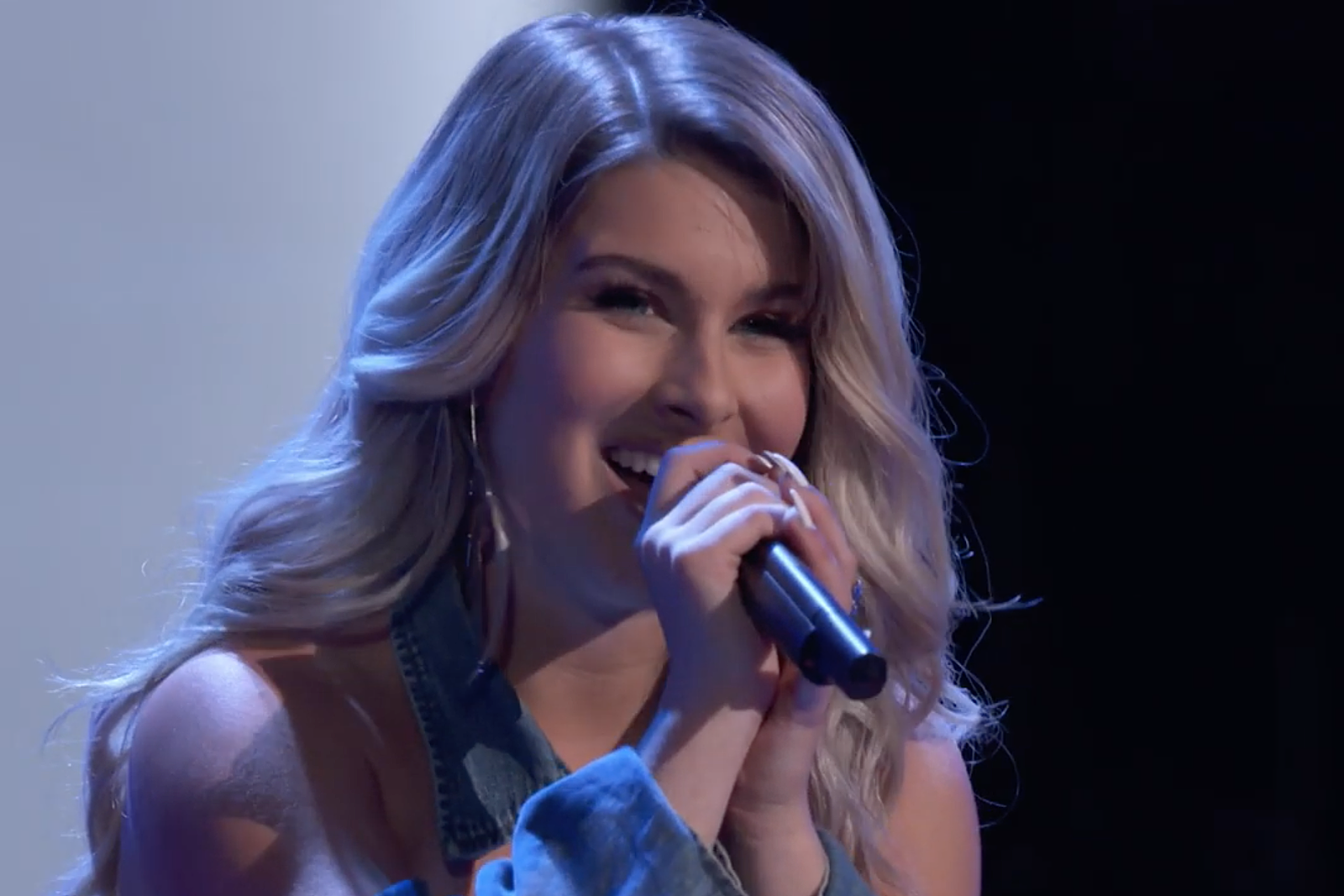 Last night on NBC’s The Voice, 19-year-old Samantha Howell covered REO Speedwagon‘s No. 5 hit “Take It on the Run” for her audition, impressing the coaches, the audience and the band.

Howell’s performance had barely begun when Kelly Clarkson pushed the button that both showed her interest in being her coach and blocked Blake Shelton from the opportunity to mentor the singer, much to the country star’s dismay. By the time Howell finished, Nick Jonas had pushed his button. Then, Clarkson and Jonas got to vie for the right to coach her.

“I get one block for this entire season,” Clarkson said, “and I used it, girl, for you. … I heard literally a millisecond of your voice to know that I was in.” She then urged Howell to not make eye contact with Jonas for fear that his attractiveness would sway her towards the pop star.

“You were phenomenal,” Jonas said. “Listen, I agree. It’s exciting to have a country singer, right? But I don’t think you’re limited to that. … Your voice hit me in an emotional spot ’cause I was thinking back to my first dance at my wedding. We danced to [Lee Ann Womack’s] “I Hope You Dance,” one of my favorite songs of all time, and your voice has all the qualities; well, you would nail that song.”

Shelton, as payback for being blocked by Clarkson, tried to convince her to go over to Shelton. But in the end, she chose Clarkson.

“Hi friends,” REO Speedwagon tweeted, “so ‘Take It on the Run’ has been covered by a number of singers over the years, but last night’s performance by young @samanthah0well on @NBCTheVoice blows them all away…by a country mile!”