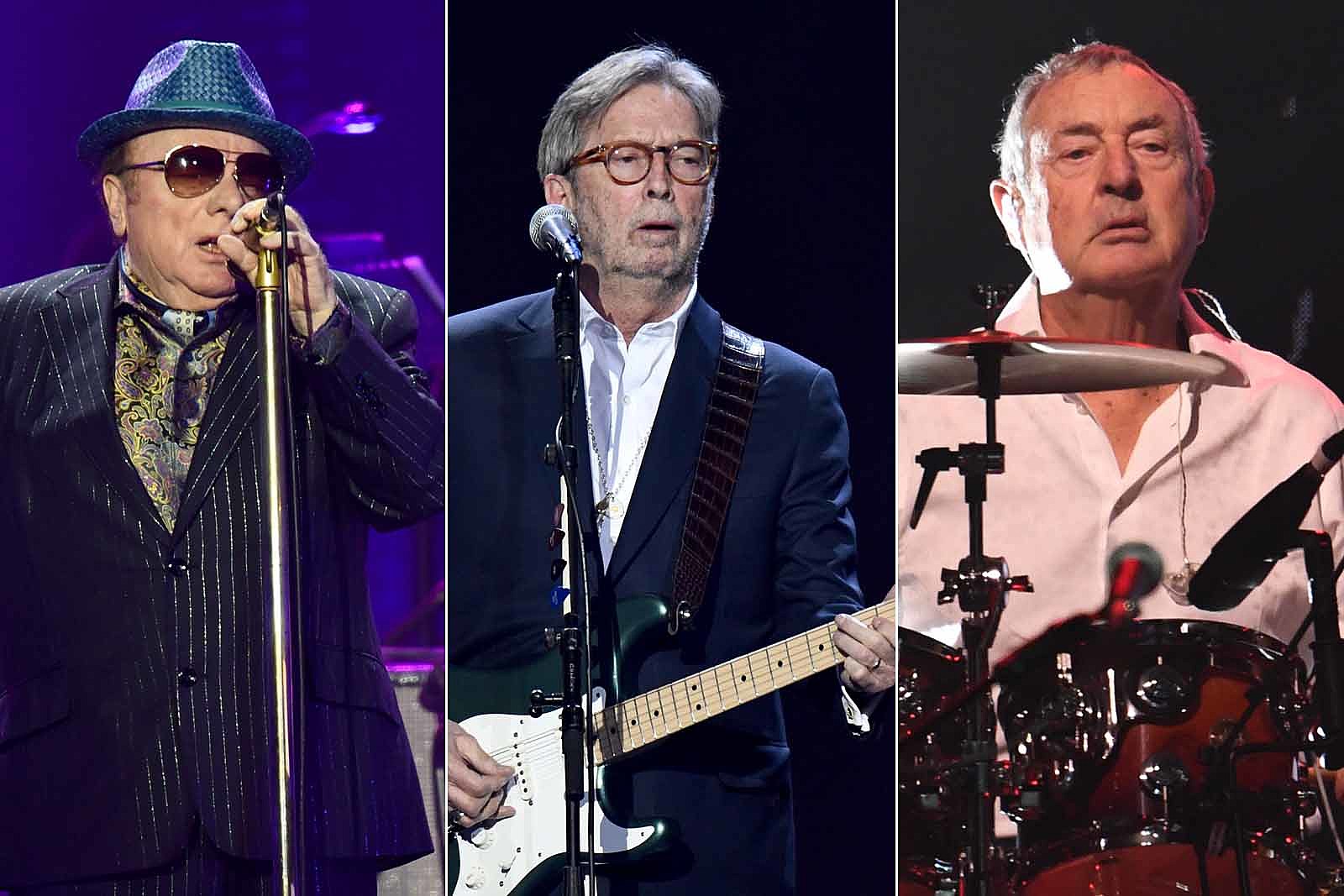 Clapton did double duty, performing his own set consisting of three blues tunes (“Key to the Highway,” “Stormy Monday” and “Crossroads”) and sitting in with Morrison on his trio of songs (*Three Chords and the Truth,” “Does Love Conquer All,” “Help Me”).

The show also featured sets by Paul Carrack and Mike Rutherford, Rick Wakeman, Yusuf,Tom Jones, Paul Jones of Manfred Mann, Bonnie Tyler and Mick Hucknall of Simply Red. The evening closed with an all-star performance of the Beatles‘ “All You Need Is Love.”

You can see videos of the performances below.

According to its website, the Royal Marsden Cancer Charity “exists to support the hospital so it can continue to make such a significant difference to the lives of its patients and their loved ones, as well as cancer patients across the world.” They support more than 600 clinical trials in the U.K. The show raised more than $1 million for the Oak Cancer Centre, a new treatment and research facility scheduled to open in 2022.

“What an incredible night!” managing director Antonia Dalmahoy said. “We are so grateful to these legendary artists for coming along and performing their hits tonight. I’d also like to thank all the celebrity hosts and the show producers and promoters who have worked so hard to make the show happen and to support this important cause, and of course everyone who bought a ticket who together have raised a huge amount of money.

“Gary [Brooker] contacted me last year because he knew that the Royal Marsden was very close to my heart, as my wife had been treated there for a year and a half,” Wakeman said of his involvement.

“I realized what fantastic work they do, how caring they are, not just for the people being treated there but for their families. When Gary told me what he was doing, I said ‘Count me in!'”