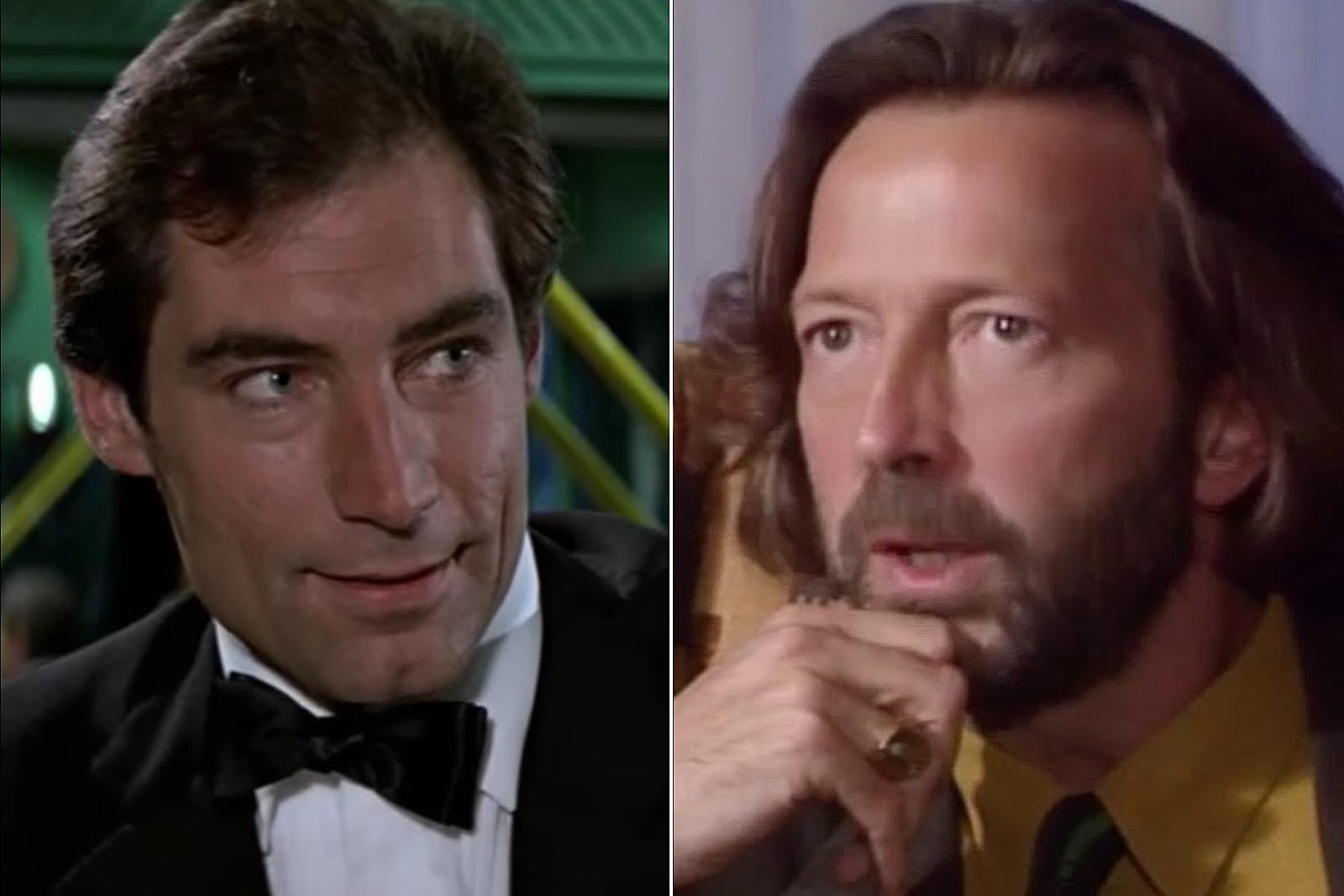 Gladys Knight got the nod to sing the main song from the 16th James Bond movie, 1989’s License to Kill – but only at the last moment. The musical honor actually belonged to Eric Clapton up until a few weeks before the second and last appearance by Timothy Dalton in the role of 007.

Michael Kamen oversaw the soundtrack in the wake of a medical leave by longtime composer John Barry. Perhaps in an effort to continue the connection, Kamen paired Clapton with a session guitarist who played on Barry’s original “James Bond Theme.”

“It was a phone call out of the blue,” Vic Flick told Permission to Kill in 2009. “Michael Kamen wanted a dark guitar sound to compliment the melody and extemporization Eric Clapton was going to do on their composition. So, knowing of my penchant for low-string guitar playing, he called me for the sessions.

“It was good to see Eric again after many years, and it was wonderful to work with those two gifted musicians,” Flick added. “Eric played some amazing guitar on the track, and Michael worked out a fine arrangement. I did my thing with a counter theme in the low register.”

Flick described the results with Clapton as “very good,” and continued: “[T]he following day we went to a loft in the wharf area of London to shoot the video. What little I saw of the video was great. The video was then submitted to the Bond producers who had commissioned the project. I waited, Michael waited and Eric was off doing his thing somewhere in the world. After two weeks came the news that the Bond producers wanted a song as a theme and commissioned Gladys Knight and the Pips, and blew out the track that Michael, Eric and I submitted.”

The guitarist confirmed that he “did well out of the sessions financially,” but Flick regrets that the the Clapton collaboration never reached the public – not even in bootleg form. “That video is now the Holy Grail of Bond aficionados and he who finds it will see the golden light!” Flick joked. “[N]o one knows where the video is. The one person who I thought knew, Michael Kamen, has since passed away – so the secret has passed with him.”

With a career that includes credits with Paul McCartney, Jimmy Page and many others, Flick can’t have many regrets besides the missing Bond music. He remains a fan of Sean Connery’s time in the Bond role, while crediting his own success to “a combination of my face fitting, being able to do what was required of me, turning up on time – and, up until now, keeping my mouth shut.”