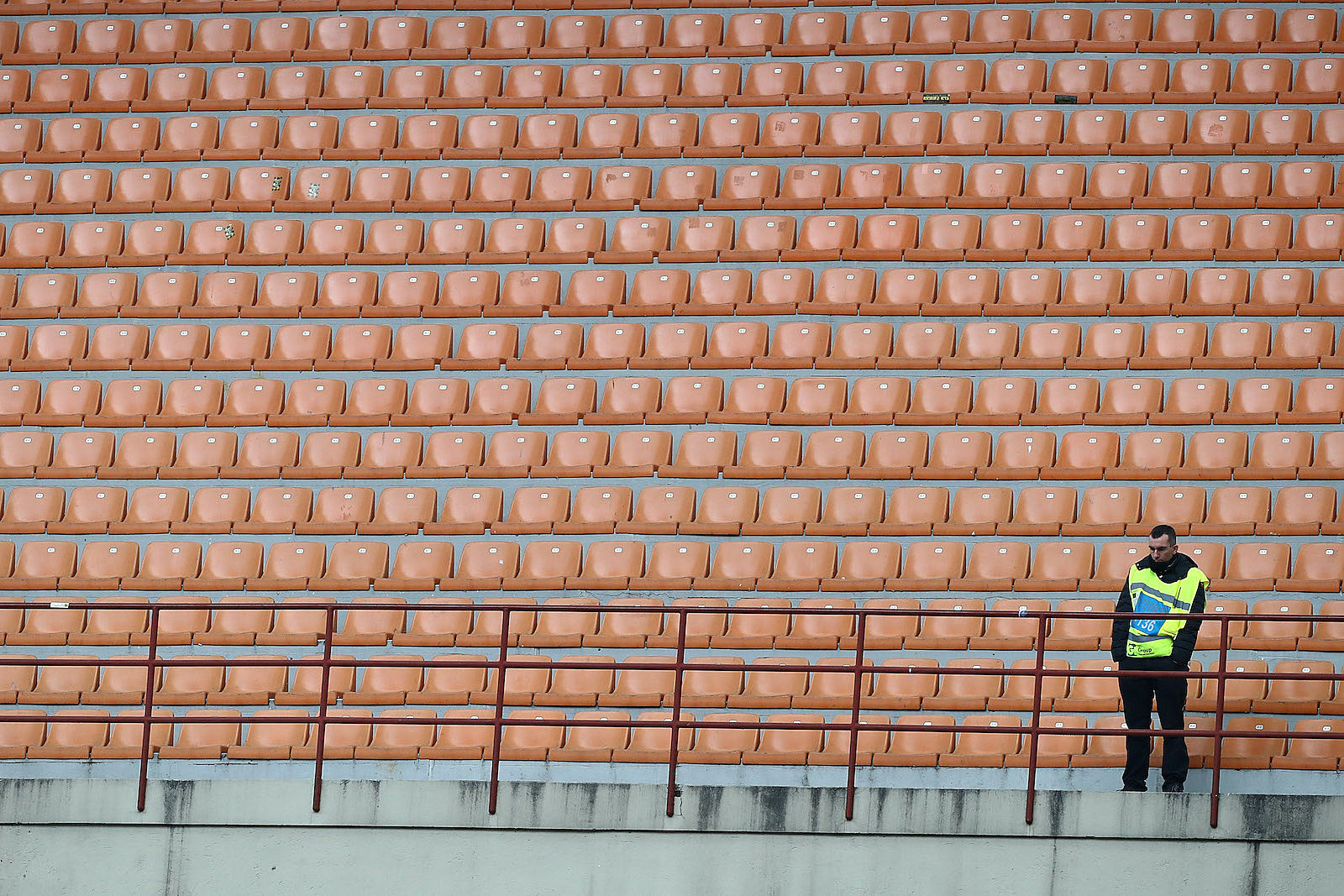 Is a new virus going to lead to the cancellation of rock’s biggest season?

Spring and summer regularly see a huge uptick in tours; that’s when festival shows return too. But the emergence of the novel coronavirus COVID-19 might change everything this year.

Experts are focusing on large gatherings as information about how COVID-19 spreads becomes more widely known. The number of new cases didn’t start leveling off in China, ground zero of the epidemic, until the country clamped down on all public events. Italy likewise self-quarantined itself in a bid to stave off an explosion of new cases.

Some schools are already closing in the U.S., even before testing proves that the virus has become widespread. Conventions have been called off; people are electing to work from home.

As such, Pearl Jam don’t look to be the last band to have a tour postponed over concerns about the virus. The recently canceled South by Southwest probably won’t be the last festival either. A broader disruption in the music industry is looking more and more possible.

“The scope of this social distancing that [the Chinese] engaged in was phenomenal, helpful and beneficial,” Dr. Scott Gottlieb, former commissioner of the Food and Drug Administration, told USA Today on Monday. “I think, right now, we should be limiting large gatherings, especially in areas where we know that there’s spread.”

Then there is the fact that the novel coronavirus is most deadly among patients who are older than 60, as well as those with preexisting health conditions. This would impact both the first generations of classic-rock fans – and the acts themselves.

Five out of the Top 10 worldwide 2019 tours featured artists who were more than 50, according to Pollstar; three on the list included band members between 60 and nearly 80. All three top earners in the industry magazine’s list of Top 200 North American tours were older than 70, including Elton John, the Rolling Stones and Bob Seger.

Recognizing what was potentially at stake, Neil Young put the brakes on a planned tour with Crazy Horse. “We are all super ready to go, and the last thing we want to do is put people at risk – especially our older audience,” he said on Monday. “No one wants to become sick in this pandemic.”

COVID-19-related scheduling changes began, predictably, in Asia – where Green Day already decided to hold off on touring “due to the health and travel concerns with coronavirus.” Slipknot followed suit.

More recently, however, the virus has begun to gain a foothold in the West.

Italy, which became the epicenter of the European outbreak this week, asked those in theaters to sit three seats apart. France banned gatherings of more than 1,000 people, prompting Queen and Adam Lambert to postpone a planned May 26 concert. Van Morrison added a second show at L’Olympia in Paris, in order to split up the crowd.

Yesterday, the fallout moved over North America, when Kiss announced they were ending post-show meet and greets with fans, and organizers of Coachella, which was expected to draw more than 100,000 people on each of its six days, were also reportedly mulling their options.

There are financial considerations too. As the virus spread, insurance coverage ended for COVID-19, potentially saddling promoters with a huge financial burden. There is also the risk of litigation should a concertgoer become ill – though music-industry insurance expert Paul Bassman questioned whether that sort of suit could be won.

“Maybe it’s a moral thing,” Bassman told Pollstar. “Imagine if you had an event and all of a sudden 50,000 people came down with coronavirus, and then all of a sudden those people’s grandparents were dropping like flies because of it? The guilt would be overwhelming. So, possibly it’s someone who couldn’t justify that loss and thought, ‘I can’t live with myself by allowing this to go on.'”

A rush of tours and festivals now loom, as spring turns into summer. Yes‘ Cruise to the Edge is scheduled to set sail later this month. Metallica, Lindsey Buckingham, the Stones, Robert Plant, Journey, Ringo Starr and then Alice Cooper are among those planning to begin new tours between now and May. The New Orleans Jazz Fest, where the Black Crowes kick off their reunion dates, also heralds a bustling festival season.

Will Coachella Be the Next Impacted Festival?

Experts like Gottlieb are suggesting that all of it should be put off until the novel coronavirus epidemic plays out.

“If you implement mitigation steps, what you do is, you slow the rate at which people get the virus,” Gottlieb said. Those steps, he noted, should include “shutting down businesses where you have a large number of people congregating indoors, where you have rapid spread. Think of movie theaters. Requiring businesses to have nonessential people telework. Slowing transportation.”

These efforts would moderate the epidemic such that it can be handled within our existing health-care system, he said. It would also give scientists more time to develop a vaccine. “We’re past the point of believing that we can prevent epidemic spread,” Gottlieb confirmed. “Now the goal is to have a limited epidemic and reduce the scope and severity of it, and that’s still possible.”

For now, industry leaders like Live Nation are focused on preventative measures. Those include “increasing the number of hand-washing stations” and “placing extra hand-sanitizer dispensers at all bathroom areas,” a Live Nation spokesman told the Orange County Register on Friday, as well as “additional signage and messaging to help direct people to these stations and reinforce basic health and hygiene practices.”

Of course, it might not matter what bands, festival organizers and tour promoters decide. Some fans may elect to stay home, whether music events are shuttered or not.

“So far, [the] only one measure has been effective against the coronavirus: extreme social distancing,” Johns Hopkins University’s professor Yascha Mounk told the Atlantic. “It’s hard to change our own behavior while the administration and the leaders of other important institutions send the social cue that we should go on as normal. But we must change our behavior anyway.”

In the end, maybe others can take a page from shut-in Chinese fans who have rushed toward live-stream opportunities – in particular on BiliBili, a Shanghai-based video-sharing website that allows users to chat during performances. These so-called “bedroom festivals,” as singer He Fan of the Beijing band Birdstriking enthused, are “like going to a karaoke parlor or being in a mosh pit, without leaving your house.”