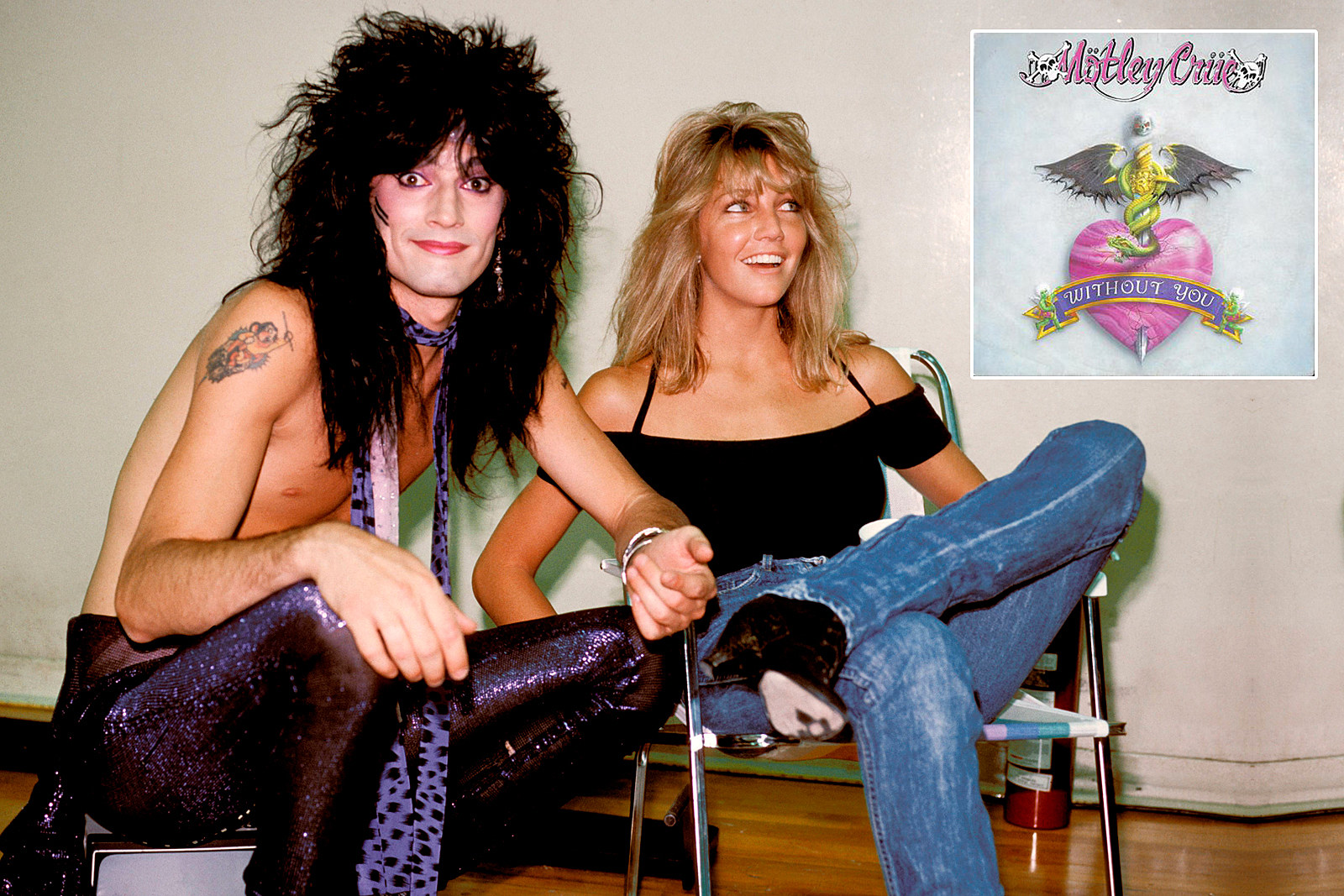 On an album packed with such paeans to sex as “Slice of Your Pie,” “Rattlesnake Shake” and “She Goes Down,” Motley Crue nonetheless found time to show off their sensitive side on Dr. Feelgood‘s third single, “Without You.”

Bassist Nikki Sixx wrote the power ballad’s lyrics, taking inspiration from his rhythm section partner Tommy Lee‘s current relationship. “That was a very simple idea for a song, which I had written a lyric about Heather Locklear and Tommy,” Sixx told Rolling Stone in 2009. “They were coming over to my place all the time. I thought to myself one day, ‘Without You,’ coming from Tommy’s perspective, life would not be the same.”

Lee and Locklear had been married three years by the time Dr. Feelgood came out. Even though it didn’t last – the couple divorced in 1994 – Sixx recalled “it was a good relationship at that time. It was sort of a romantic moment. I apologize for that.”

“That’s a great ballad,” singer Vince Neil noted. “I love singing that song. We’ve done that a few times at concerts. For me, it’s a great song to sing. It really lets me go and get my voice out there.”

Its success can partially be attributed to its video, which was directed by Mary Lambert under the pseudonym Blanche White. According to Chronological Crue, Lambert filmed the band performing at the Grand 1894 Opera House in Galveston, Texas, following a show in Houston. They brought along a six-piece string section and a jaguar named Czar from the Exotic Cat Refuge and Wildlife Orphanage in Kirbyville.

“It was a goofy video,” Neil later acknowledged. “But it’s a great song.”