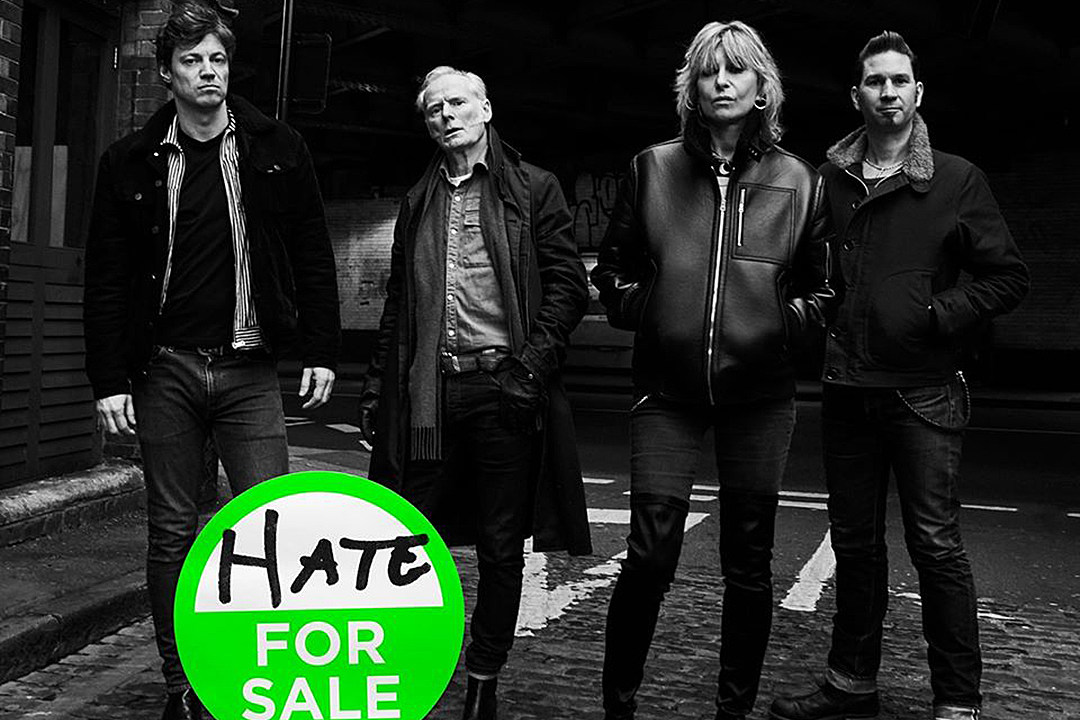 The Pretenders‘ 11th studio album, Hate for Sale, will come out on May 1.

The Pretenders also unveiled the first single from their upcoming album, “The Buzz,” which compares substance abuse to a relationship.

The track, as well as the other nine on Hate for Sale, were co-written by Hynde and guitarist James Walbourne, who’s been in the Pretenders since 2008. He makes his writing debut here.

“I wanted to write with him since day one,” Hynde noted. “James is especially sought after and has recorded with Jerry Lee Lewis, Dave Gahan and the Rails, to name but a few. We always planned on writing while on the road, but as anyone in a band will tell you, being on tour is a procrastinator’s dream come true”.

Hate for Sale was produced by Stephen Street, whose discography includes work by the Smiths, the Cranberries and Blur. You can see the album’s track listing below.