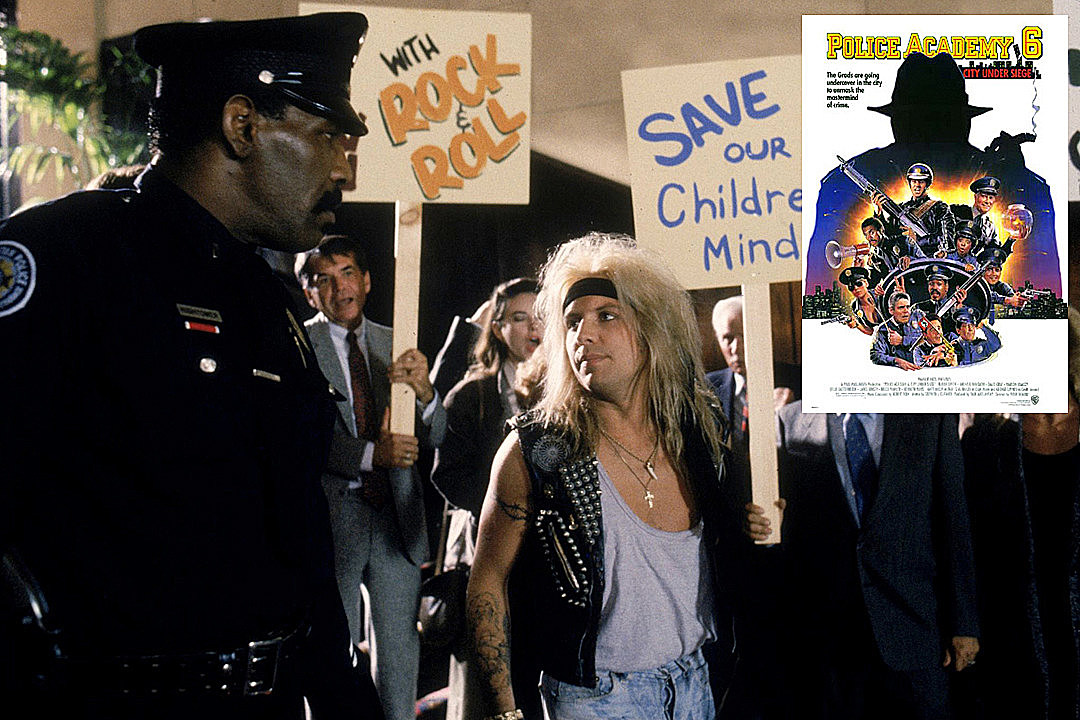 Vince Neil filmed a scene for Police Academy 6: City Under Siege, but it wound up on the cutting-room floor.

The Motley Crue singer played a rock star who’s unable to get into the car taking him to the airport because a large crowd has gathered outside of his hotel. Police escort Lt. Hightower (played by former football great Bubba Smith) pulls up the red carpet, causing everybody to tumble, domino-style, and clearing a path for Neil.

Vulture uncovered footage of Neil on the set, taking a camera into the makeup and hair departments, as well as into his trailer. The video also includes an interview with director Peter Bonerz, who rose to fame as Dr. Jerry Robinson on The Bob Newhart Show.

“Vince’s acting potential?” Bonerz said. “I don’t know. That’s hard to tell. He’s very, very nice looking. He’s got the hair for it. He’s wearing his own wardrobe. And, in all honesty, he was the best of the people that I read for it. He got the part simply because he was honest. The others tried to act, and the secret of film acting is not to appear to act at all but just to sort of exist.”

Neil also discussed how he had no plans to go into acting full-time because his priority was still Motley Crue, who were prepping to go into the studio to record what would become Dr. Feelgood.

While Neil’s cameo from Police Academy 6, which was released in March 1989, didn’t make the finished film, he eventually carved out a side career in front of the camera.

Over the years, the singer had appeared in several movies and TV shows playing both himself and other characters. He’s also appeared on a handful of TV reality shows since the ’00s.