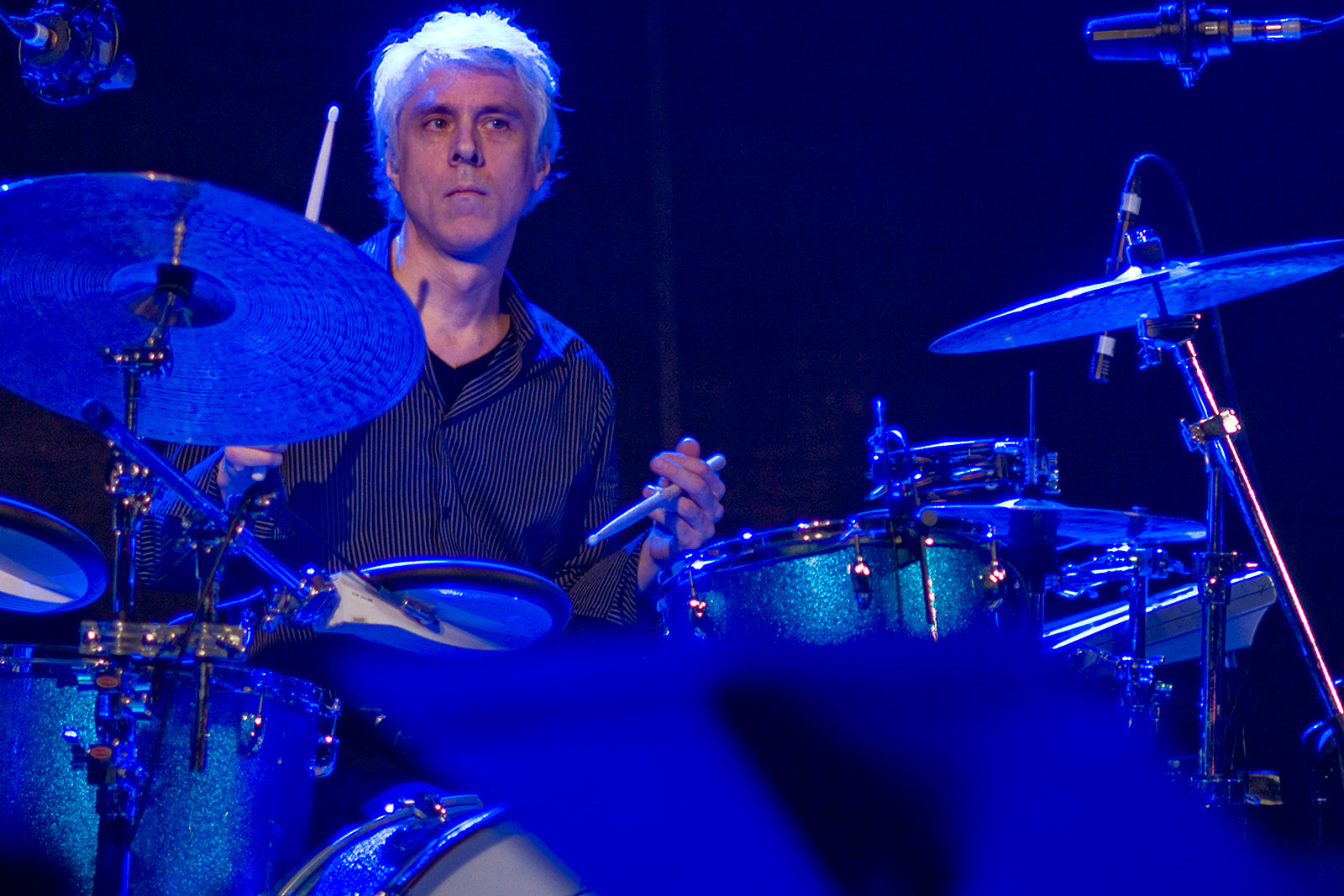 Bill Rieflin, the drummer whose credits included work with R.E.M., Ministry, Nine Inch Nails and King Crimson, has died at the age of 59.

Rieflin’s passing was confirmed by King Crimson founder Robert Fripp. In a post to social media, the guitarist explained that Rieflin’s wife, Tracy, called him with the news. “Tracy told Toyah (Fripp’s wife) and me that the day was grey, and as Bill flew away the clouds opened, and the skies were blue for about fifteen minutes. Fly well, Brother Bill! My life is immeasurably richer for knowing you.”

Rieflin’s career began in his hometown of Seattle, where he drummed with a variety of local acts, including punk rock group the Blackouts. The band’s final EP was produced by Ministry’s Al Jourgensen, with whom Rieflin became friendly.

Following the Blackouts’ disbandment, Jourgensen recruited the drummer to join Ministry. Rieflin played on the band’s 1988 album The Land of Rape and Honey, a landmark release in the industrial music genre. He continued as a member of the group through the mid-90s, contributing to five of the band’s LPs.

In a 2011 interview with Modern Drummer, Rieflin recalled his departure from Ministry. “When I started playing with Ministry in ’86 it was all very computer, synthesizer, and noise based. Those records were pretty interesting for that time, and we had a lot of fun doing them,” the drummer explained. “And then Al got more interested in guitar rock music like on [the 1992 album] Psalm 69. I’m just not interested in that metal guitar rock; it bores the crap out of me. I have been known to say, with great pride, that my last act in Ministry was to refuse to play on their version of (Bob) Dylan’s ‘Lay Lady Lay,’ which appeared on [1996’s] Filth Pig. When I left Ministry, I didn’t have a plan per se. My first concern was getting the hell out of there. My second concern was, ‘Well, what now?’”

“What now” turned out to be a run of material with a wide variety of artists, including German industrial group KMFDM, New York experimental band Swans and folk group Angels of Light. Rieflin also played on Nine Inch Nails’ 1999 double album The Fragile.

Also in 1999, Rieflin released his debut solo album, Birth of a Giant. It was during this time that a publicist introduced him to R.E.M.’s Peter Buck.

“When R.E.M. was preparing to begin work on what was to become Around the Sun, I was asked if I wanted to do a few weeks of recording,” Rieflin recalled. “A few weeks became a few more weeks. Eventually I was asked to do the European tour, then the U.S. tour. Then I guess they just got used to me hanging around. Perhaps at that point it was too much trouble to get someone else.”

Though he was excited to be playing with the group, Rieflin admitted he was only mildly familiar with R.E.M.’s music. “I didn’t know their records. I knew pretty much what your average radio-listening, MTV-watching American knew about them. ‘Losing My Religion’ was the first time I stopped to listen; a lot of it had to do with the video.”

Upon the band’s breakup in 2011, Rieflin was asked what he’d miss about working with the group. “Firstly and perhaps most importantly, the R.E.M.’s are a rare breed in my experience: they are all lovely guys — very smart, funny and, significantly, among the most generous and big-hearted people I have ever met,” the drummer explained to NPR, noting that he’d miss “a lot of things” about collaborating with the band.

Fripp, with whom Rieflin had previously collaborated and remained friends, announced that the drummer had joined King Crimson in 2013. Rieflin would tour with the group and appear on five of their ensuing live albums, released between 2015-18. More recently, the drummer had been absent from the group since taking an indefinite sabbatical in 2019.

Rieflin’s official cause of death has not been released, but session drummer Matt Chamberlain tweeted that the drummer passed away from cancer. Nirvana bassist Krist Novoselic was among the rockers to pay tribute to Rieflin via Twitter.