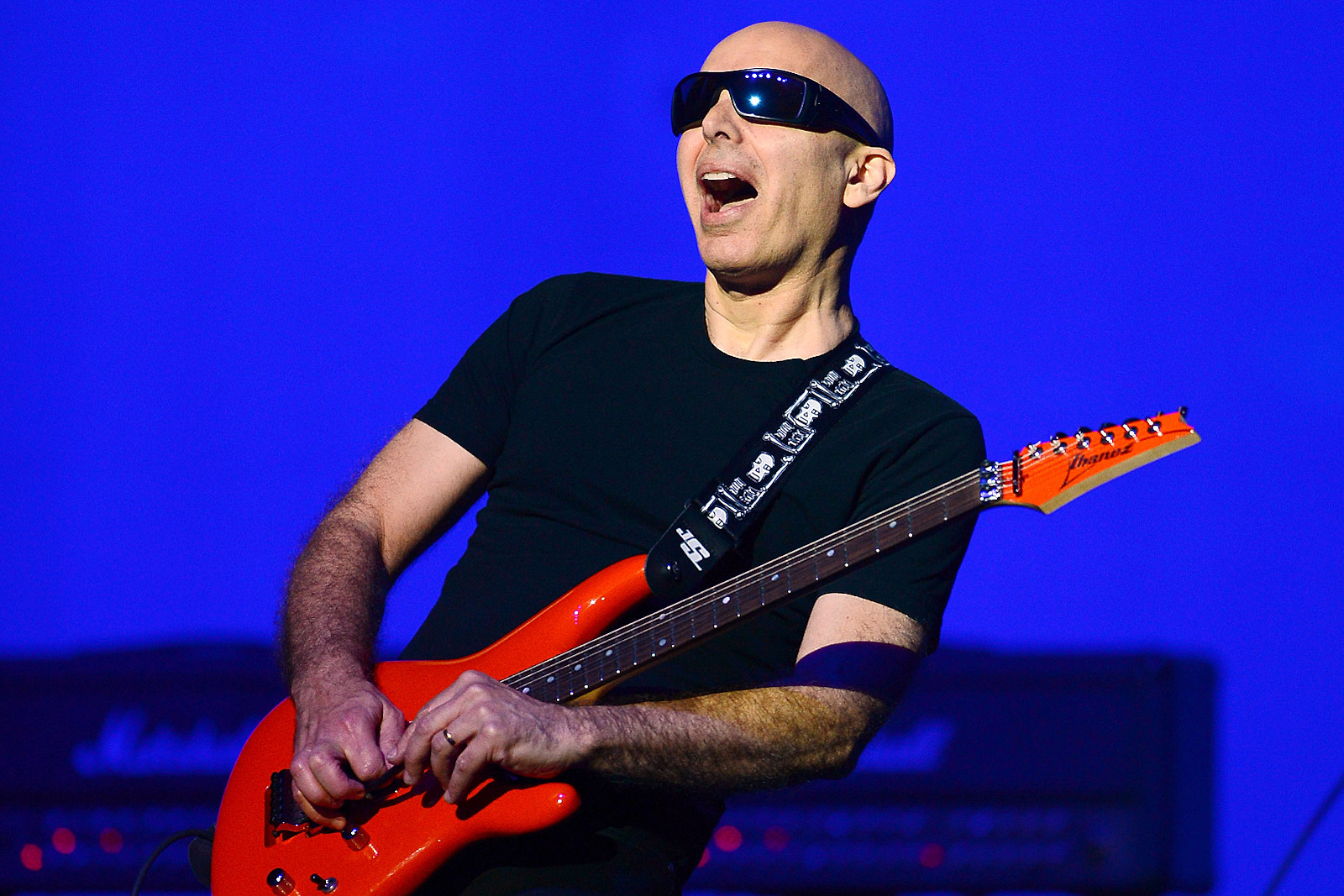 Guitarist Joe Satriani admits he envisions lyrics to his songs, even when he’s writing instrumentals.

“There are some songs that really are guided by the melodic content and a strong lyric or a vague lyrical content,” he tells UCR.

“Ten Words,” a soaring track featured on Satriani’s 2006 album Super Colossal, was like that. “The reason it wound up being [called] ‘Ten Words’ was because I couldn’t settle on the 10 words,” he recalls. “The pages of lyrics that I wrote for that song were so deep, and I started to think, ‘Why lay all this on someone who just thinks it’s a nice song?’”

So, instead of hampering the tune with words, Satriani let his guitar do the talking, allowing listeners to create their own exposition.

“It becomes more useful as an instrumental if someone can use it as a love song or a song to comfort them in bereavement or something like that,” he explains. “So, I just said ‘Ten Words’ – you know, you put your own 10 words in there, whatever that might be for you.”

“[The song] was really about just getting over the death of my father, and trying to focus on good memories and all the cool things he taught us,” he notes. “Out on the Extremist tour, promoting that song and the other songs on that album, we were invited to play on a live German sports program called RAN.”

The show – which is similar to ESPN’s daily SportsCenter – had been using “Cryin’” in its highlight packages. “I remember thinking, ‘This is bizarre, they’re playing this song that was written for this reason, and they’re using it for a totally different reason,'” Satriani says.

Still, the guitarist ended up enjoying performing on the program. “I just remember thinking my dad would be laughing, smiling,” he says. “But there’s part of being an artist … when you make something, you really do give it away, outside of the business part of it – just talking about the emotional part once you give music to people, it becomes theirs.”