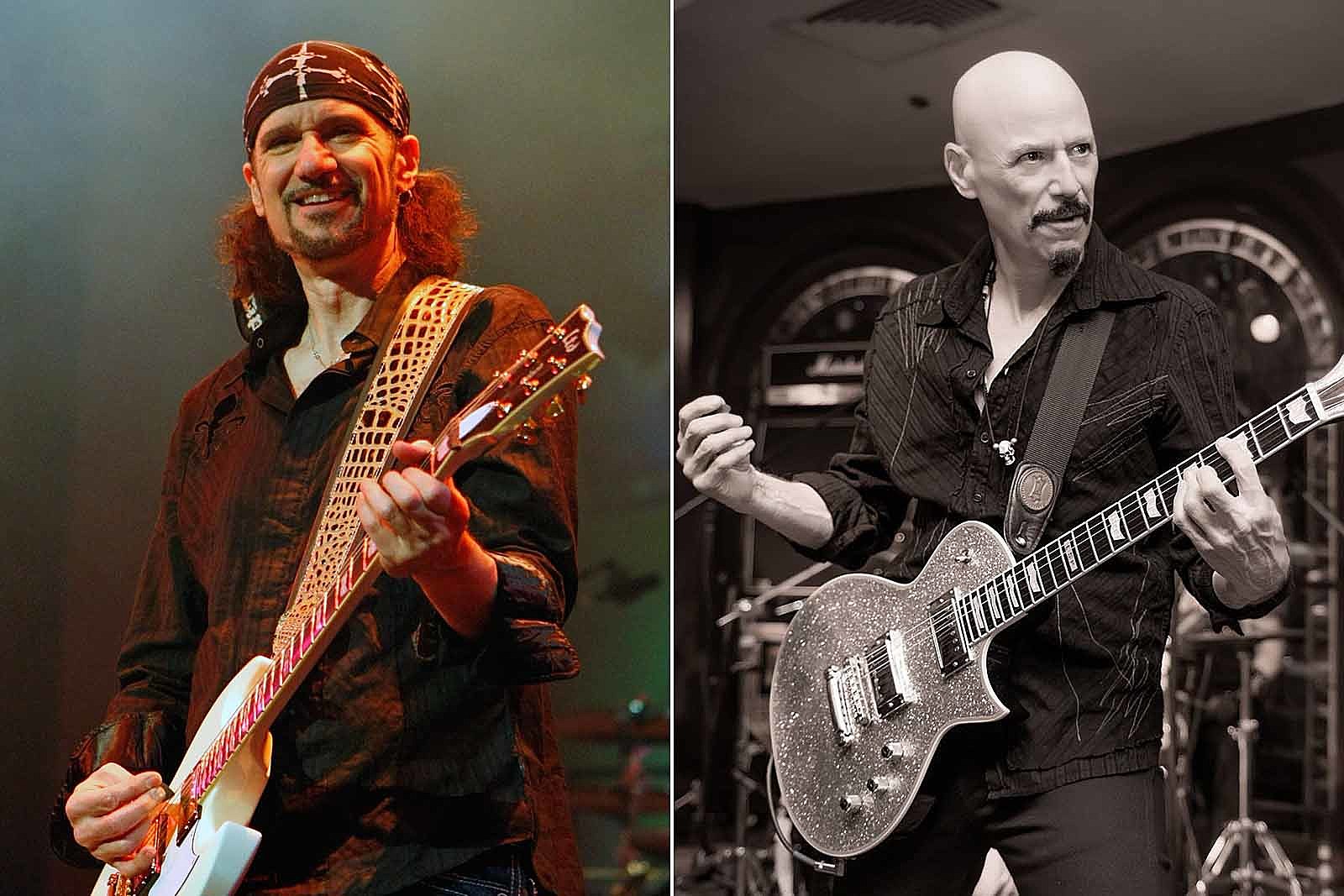 Five months after being accused of being “dishonorable and dishonest” by his brother Bob over a business matter, former Kiss guitarist Bruce Kulick has said that he is not going to air his dirty laundry in public.

Back in November, Bob, who co-wrote several songs for Kiss and served as a session guitarist on some of their albums, publicly called out Bruce — as well as Paul Stanley, Gene Simmons and Kiss’ manager Doc McGhee — for allowing autographed photos of the brothers to be sold without Bob’s permission. “This is called copyright infringement and an indication to all of you as to where my back stabbing brother Bruce is in all this!” Bob wrote, adding that Bruce has taken out a restraining order against him. “Disgraceful, uncalled for and a situation that will be answered in time!”

Addressing the charges while speaking to Miles Schuman (see below), Bruce refused to share his side of the story. “Unfortunately, my relationship’s not healthy with him,” he said, “but it’s better just to say that there’s nothing more to say about it. It’s unfortunate that it went that way. I took the high road, and that’s why I’m not gonna really discuss any details about it. But I would imagine anybody who sees it as an outside person would go, like, ‘All right. Well, what is the other side? What’s going on on the other side?'”

“It’s not that I wasn’t hurt by it or upset about it, but that didn’t amount to me responding either,” he continued. “The proper response was not to respond. And for a lot of other reasons too. So it’s just not something I discuss ever. I’m not upset with you that you mentioned it, but everyone that’s kind of watched any of that or heard any of that has known that I’ve never said anything. And I will continue not to say anything, because that’s the smart and the healthier thing to do. I think most people know that I’m not a really bad guy, but in business, there’s always people’s perceptions and disputes, and I just wanna leave it on a high road that I don’t wanna talk about it. And I regret that it even went that way, but that was his choice, not mine.”

Listen to Bruce Kulick Discuss His Feud With His Brother