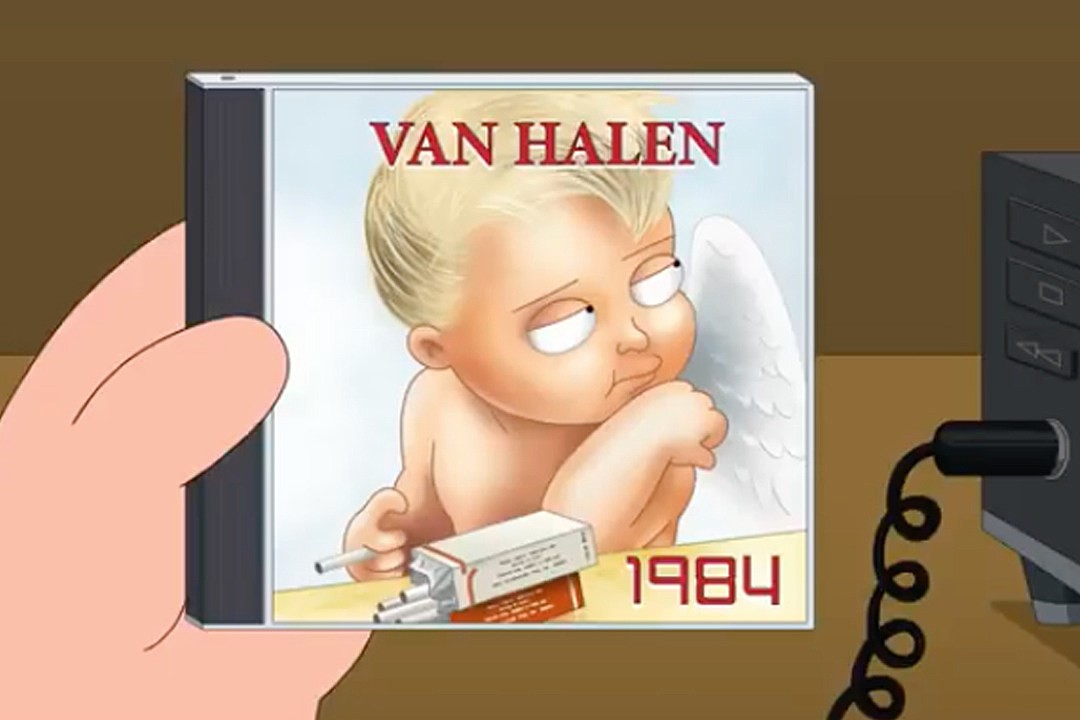 In the April 26 Family Guy episode titled “Coma Guy,” Peter admits he’s never read a book in his life. Disgusted by this fact, his wife, Lois, sends Peter to the local library to borrow George Orwell’s dystopian novel 1984. Naturally, Peter gets mixed up and instead listens to Van Halen’s classic 1984 LP, becoming obsessed with “Panama” in the process.

In true Family Guy fashion, Peter’s addiction to the song goes way beyond normal fandom. He starts wearing spandex costumes similar to David Lee Roth, driving erratically and at one point even leads police on a high speed chase. When Peter’s arch nemesis the giant chicken challenges him to a drag race, the overweight father of three throws on “Panama” and puts the pedal to the metal. However, a brief distraction causes Peter to swerve off the road and slam into a tree, leaving him in a coma.

While on life support in the hospital, Peter begins to have a series of dreams. In one, he finds himself at the Panama Canal, watching as Woodrow Wilson christens the famous waterway. The President’s speech is lifted directly from Van Halen’s song, as he tells the crowd assembled: “Ah, you reach down, between my legs and ease the seat back. Got the feeling, power steering. Pistons popping, ain’t no stopping now. Panama.”

For a moment it appears that Peter will give in to the dreams and let himself pass on to the next life, but the threat of no wifi in the afterlife shocks him back to the real world. Suddenly awake, he realizes that his wife actually pulled the plug on him. This turn of events drives a wedge between the patriarch and his family, the group unable to reconcile even once they return home.

Lois and the kids to eventually decide to leave, but as Peter reflects on happier times, he decides he must stop them. When traffic blocks his way to the airport, he again turns to the power of “Panama” to guide his reckless driving, crashing through a terminal wall just in time to reconnect with his family.

Over the course of Family Guy‘s long television run, the series has made a habit of utilizing songs as major plot points. The Trashmen’s “Surfin’ Bird,” Kiss’ “Rock and Roll All Nite,” Toto’s “Africa,” Journey’s “Don’t Stop Believin’” and the B-52’s “Rock Lobster” are just some of the many classic tracks which have been featured on the show. “Panama” also shares an unlikely connection to the program. The song’s music video was shot at the Providence Civic Center in Providence, R.I., the city on which Family Guy’s Quahog was based.

Though “Coma Guy” was the first time Van Halen played a pivotal role in a Family Guy episode, it wasn’t the band’s debut appearance on the show. A 2009 episode titled “Road to the Multiverse” featured the group’s song “Drop Dead Legs” in a scene depicting “Hot Meg” from a parallel universe. Attentive viewers would have also caught a visual gag at the band’s expense in 2017. In the episode “Cop and a Half-Wit,” Peter declares he’s gotten into great shape since working out with his Dave Matthews punching bag. However, when he decides he needs something more annoying, he swaps it out for a David Lee Roth punching bag.