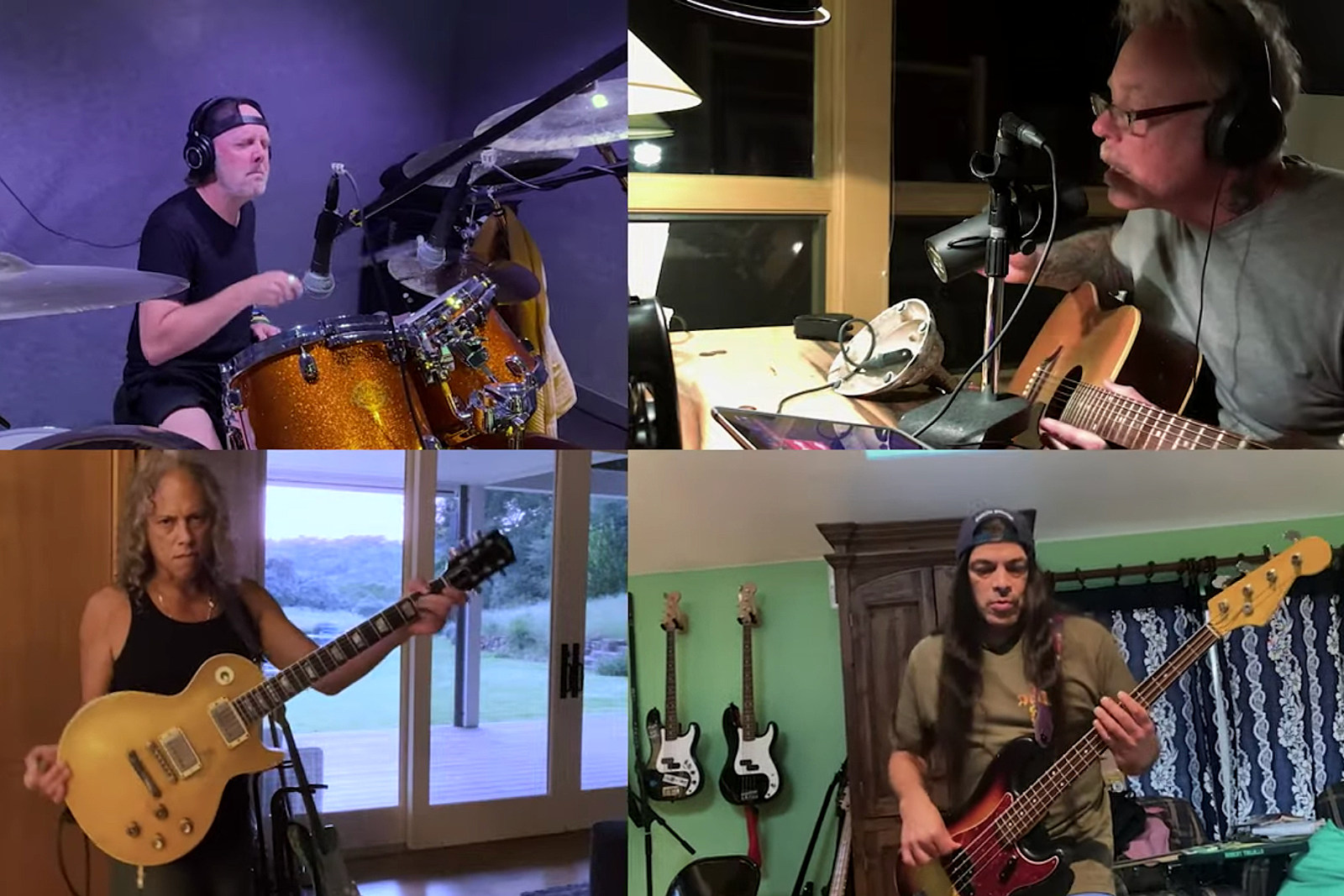 Metallica have delivered a new version of “Blackened,” recorded while the band members are in isolation.

“Here’s a little something we cooked up over the last few days,” the iconic group said in a message to fans. “Hope you’re all safe and sound.”

While the original, released on the group’s legendary …And Justice for All LP, is an assault of heavy metal aggression, the quarantine version is a more subdued affair. Hetfeild strums an acoustic guitar and sings in softer tones, while Ulrich’s drumming is notably less frenetic. The result is a subtle, yet still powerful reimagining of the track.

Watch Metallica’s performance of “Blackened” below.

The new video marks the first time fans have seen Hetfield alongside his bandmates in several months (even if the musicians are in separate locations). The frontman checked himself into rehab in Sept. 2019 to continue his battles with addiction. He’s since appeared at two public events: a reception for his new classic car exhibit and a tribute show dedicated to deceased rocker Eddie Money.

Like most bands, Metallica have seen their 2020 turned upside down by the COVID-19 pandemic. The band had been scheduled to perform at five North American festivals, but canceled as the coronavirus shut down concerts and live events.

Still, the rock icons remain busy, with Ulrich revealing the group has weekly Zoom conference calls. The band and their team have even been discussing the feasibility of recording material while in lockdown. “The people that make all the software and all the stuff that we use to record are sitting right now trying to figure out how Lars and James and Kirk and Rob can make a Metallica record from four different locations from four different states,” Ulrich noted during a conversation with Salesforce CEO Marc Benioff. “That’s obviously something that we’re circling and we’re very excited about.”