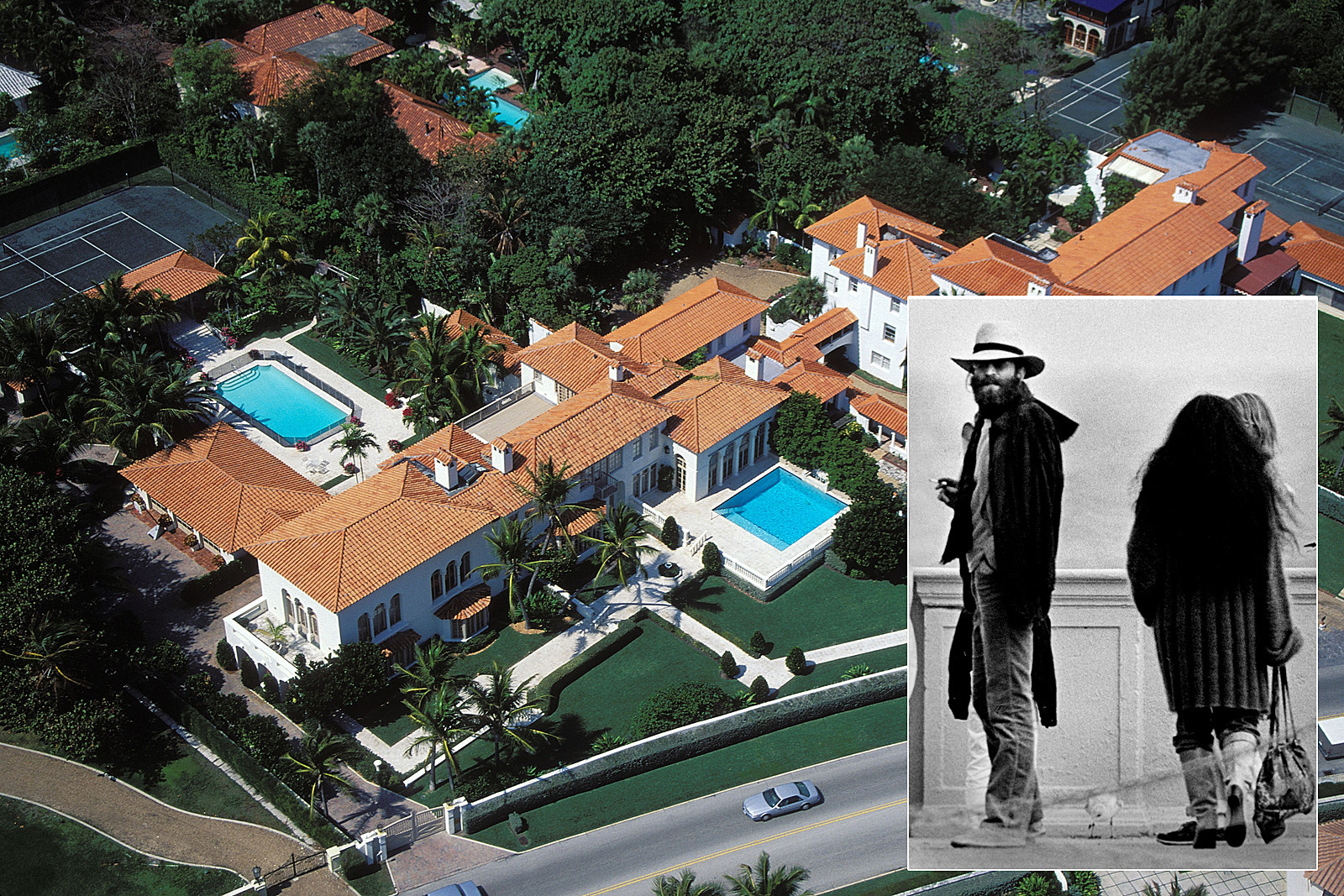 A palatial beachside property once owned by John Lennon has hit the market for $47.5 million.

Located in Palm Beach, Fla., the 14,000-square-foot Spanish-style home is a sight to behold.

The living room boasts a carved-mantel fireplace, hardwood floors and a wall of windows facing the ocean.

Chandeliers hang throughout the home – not that you’d often need them. The house is built with natural light in mind, as almost every room features large windows to let the sun’s rays in.

Other common spaces include a large library that opens onto an airy family room. A nearby powder room is shrouded almost entirely in gold, with Asian-inspired artwork. An oversized formal dining room opens onto one of the outdoor pool areas.

With a total of seven bedrooms, there’s plenty of space for occupants to lay their heads. Largest among them, the sweeping oceanfront master suite, featuring an adjoining study and private balcony.

Although the home is unquestionably stunning, the outdoor areas are even more jaw dropping. The property includes two pools: one in the front for sunrise and the other in the rear for sunset. A separate pool house features its own guest bedroom, laundry, kitchen and bathroom. There’s also a tennis court with a pavilion and a standalone oceanfront cabana.

One quirk to the property: It connects with a neighboring two-story guest apartment. That property, part of an estate owned by author James Patterson, is linked via a second-floor bridge. Despite appearances, the bridge cannot be used to access either of the homes.

Colloquially known as “El Salano,” the house was purchased by Lennon and his wife, Yoko Ono, several months before the former Beatle’s death in 1980. The two had rented the property as a holiday home a year earlier and fallen in love with it. According to the book Nowhere Man: The Final Days of John Lennon, the rock icon was especially fond of this sun-soaked paradise. “Suddenly, all seemed well” for Lennon after he relocated here, the book notes. “Maybe it was just the gloomy Dakota and the oppressive New York City winter that had had him feeling down. In ‘God’s Waiting Room,’ as Palm Beach is called, he could breathe again.”

See more pictures of the property at its official listing.