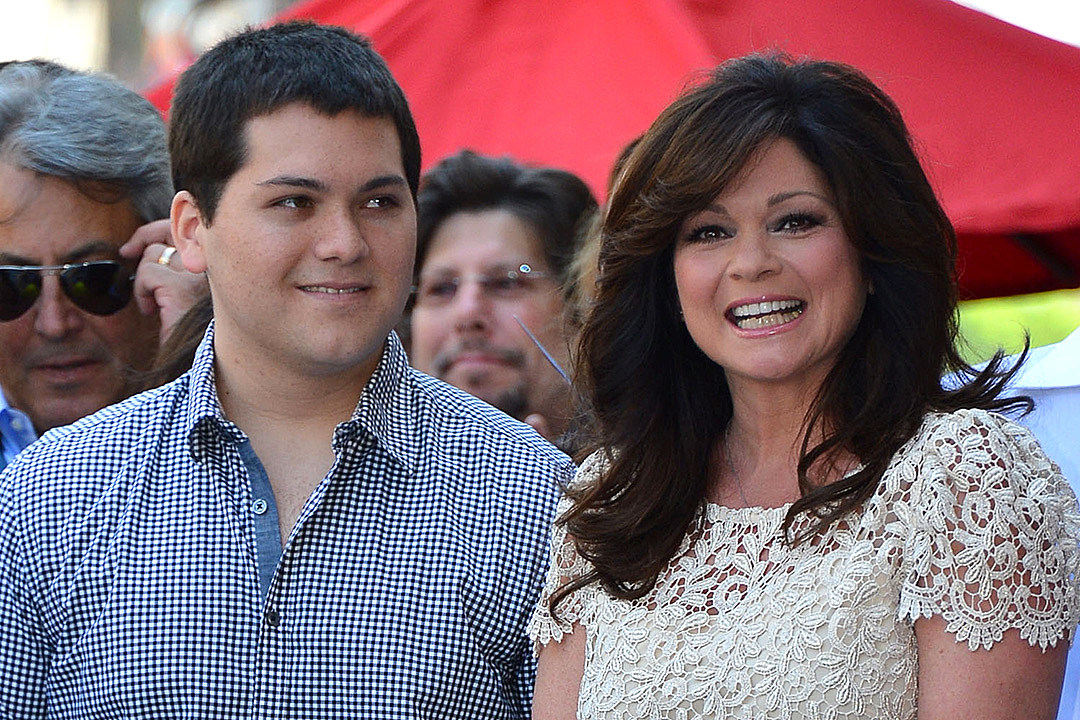 Wolfgang Van Halen’s mom revealed that even she asks him when his solo album is going to be released.

Actress Valeria Bertinelli said she has a strong relationship with her 29-year-old son, who joined dad Eddie Van Halen’s band in 2007. He started work on his own LP several years ago and reported in 2018 that it was complete. A record deal was announced earlier this year, but many major album releases have been delayed as a result of the ongoing coronavirus pandemic.

“The older he gets, the more I know how to stay out of his business,” Bertinelli told Good Housekeeping in a new interview. “I try not to dig too much and trust that he’s got a good head on his shoulders — I’m lucky that he does. And so I’ve learned now to call him or just say hi … or just to say nothing, just to hear his voice. And of course, we FaceTime now more than ever, which I absolutely love.”

She added that she’s “finding the fine line of staying out of his business and still staying connected. … Because when he was little, it was just, like, I would hate to put him down — my whole world was him. And I loved it that way.” However, she admitted she doesn’t always succeed in maintaining a distance. “I can’t help but lightly ask, ‘Sooo, when’s the album coming out?!’ Just a few questions so he won’t get too annoyed.”

Bertinelli said Wolfgang teased her about her Food Network cooking show, Valerie’s Home Cooking, because she was known for burning popcorn. That reminded her of early times in the kitchen with him. “Children love exploring and they love doing things on their own, love being autonomous,” she said. “With Wolfie, I was able to get him to start eating broccoli at a very young age because he would just sit in the kitchen with me and watch me do everything. … He would get really interested, and I would sneak him a bit of tofu or whatever it may be that we were cooking with that day.”

In a separate interview, filmmaker Andrew Bennett – who has a controversial relationship with Eddie Van Halen – recalled how Wolfgang became part of the band after his parents’ marriage ended. “I’ve never seen Eddie that happy,” Bennett told Billboard. “It was his style to be like, ‘You are a member of Van Halen, so live up to it.’ … Eddie would die for Wolfgang. He would kill for him. But he also loves his guitars. So, when he could bring those two together, that made him really happy.”

Bennett remembered that Wolfgang sometimes “seemed like a really bored teenager working a summer job. … He never complained, but he didn’t look like he was having the time of his life either. Valerie would drop him off at rehearsal, which we all thought was hilarious. Not only are you [too] young to be in this band, your mom had to drop you off at practice.”