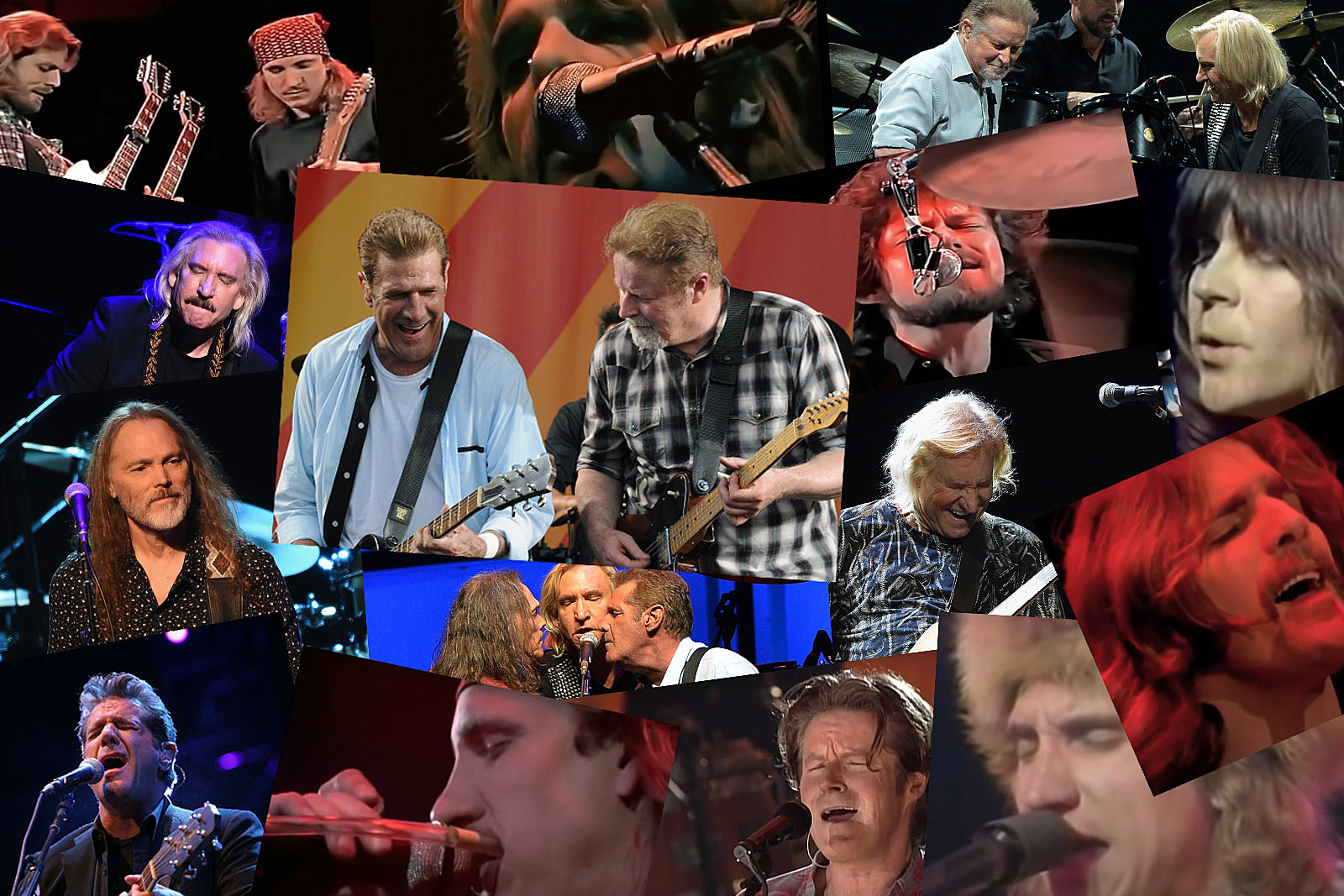 Any conversation about which songs Eagles have played the most in concert has to take into account the group’s twisting journey.

A long layoff in the ’80s and early ’90s led to a well-regarded solo career for Don Henley; Joe Walsh joined, having already established a career outside of Eagles, first with the James Gang and later as a stand-alone act. Then there was the death of Glenn Frey.

All of it seems to have opened up more slots in modern-era Eagles set lists for tracks by Henley and, in particular, Walsh. We’ve also tracked how Frey’s legacy is playing out in his absence. After all, songs closely associated with their late bandmate are still key elements of any Eagles concert. They’re just handled now by a pair of newer recruits: country star Vince Gill and Frey’s son Deacon.

Two tunes by the James Gang have risen into the Top 25 of Eagles live performances over the years, along with three other Walsh songs. Henley makes a pair of contributions to the list from ’80s-era solo projects too. Still, the group’s bedrock, pre-breakup music continues to define any Eagles concert. The same goes for the following list: Only one composition was released after Eagles got back together in the ’90s.

Which songs have Eagles played most in concert? Keep scrolling to find out. All stats are courtesy of Setlist.fm, and represent live appearances through the beginning of the novel coronavirus quarantine in early 2020.