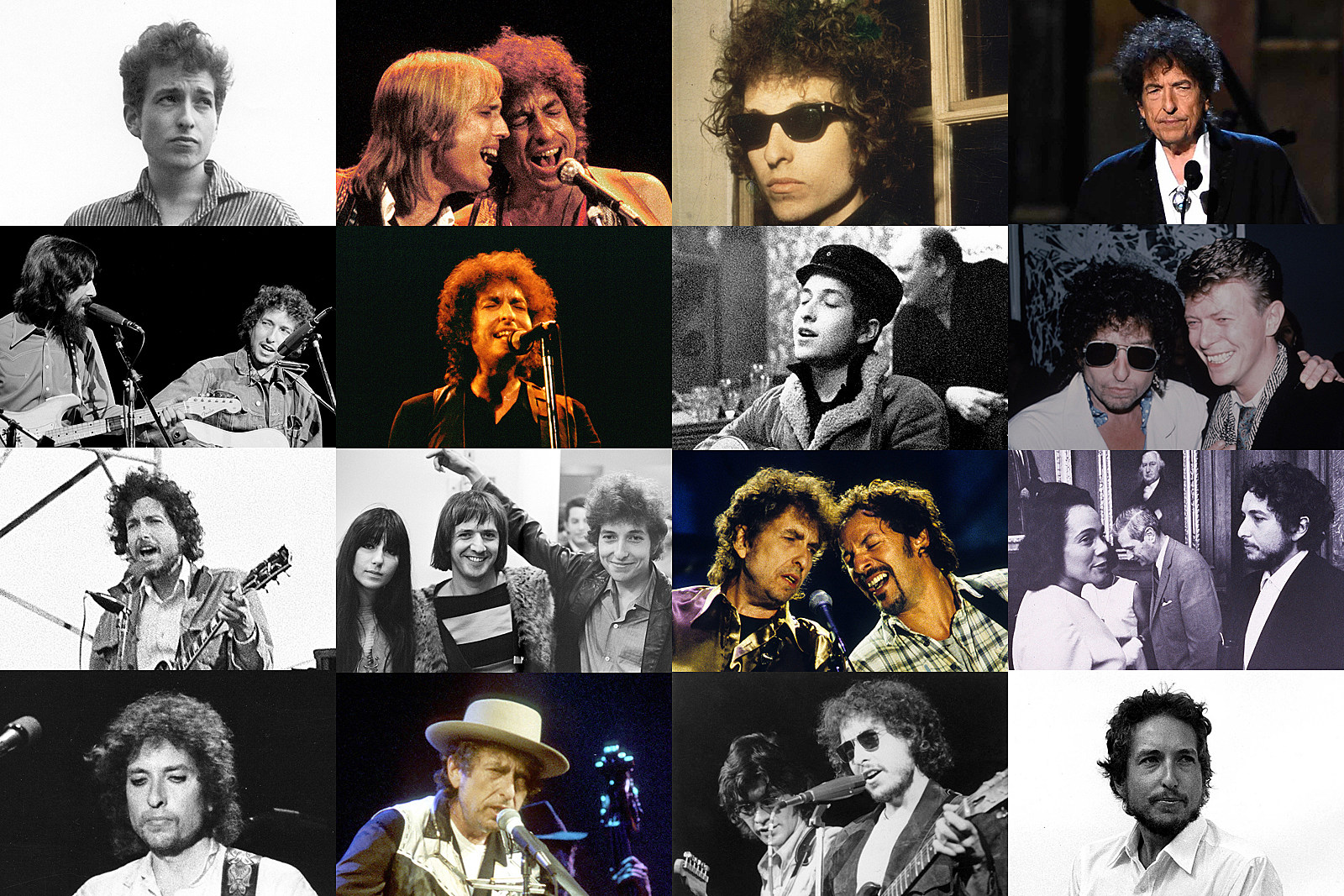 Bob Dylan‘s life has often played out in public. That makes the six decades’ worth of photographs found in the below gallery an intriguing look at the music legend.

From his days on the New York City folk scene in the early ’60s and his switch to rock ‘n’ roll mid-decade to his Christianity conversion and current status as one of our elder statesmen, the photos paint a pretty thorough portrait of the man.

The pictures of Dylan show a gradual transformation from youthful idealist to the weathered look of an aged blues and folk musician he took his cues from. Sure, there are some questionable fashion choices, but who’s going to cast the first stone there?

You’ll see Dylan on and off the stage, both by himself and with members of the Beatles and Rolling Stones, as well as with Bruce Springsteen, David Bowie, Tom Petty, James Brown, Neil Young, Chuck Berry, Carlos Santana, Bono and others. There’s also a picture with Coretta Scott King when they received honorary degrees from Princeton University in 1970, and when President Barack Obama awarded him the Presidential Medal of Freedom in 2012. And we’re still not sure what to make of the one with Liberace and David Letterman.