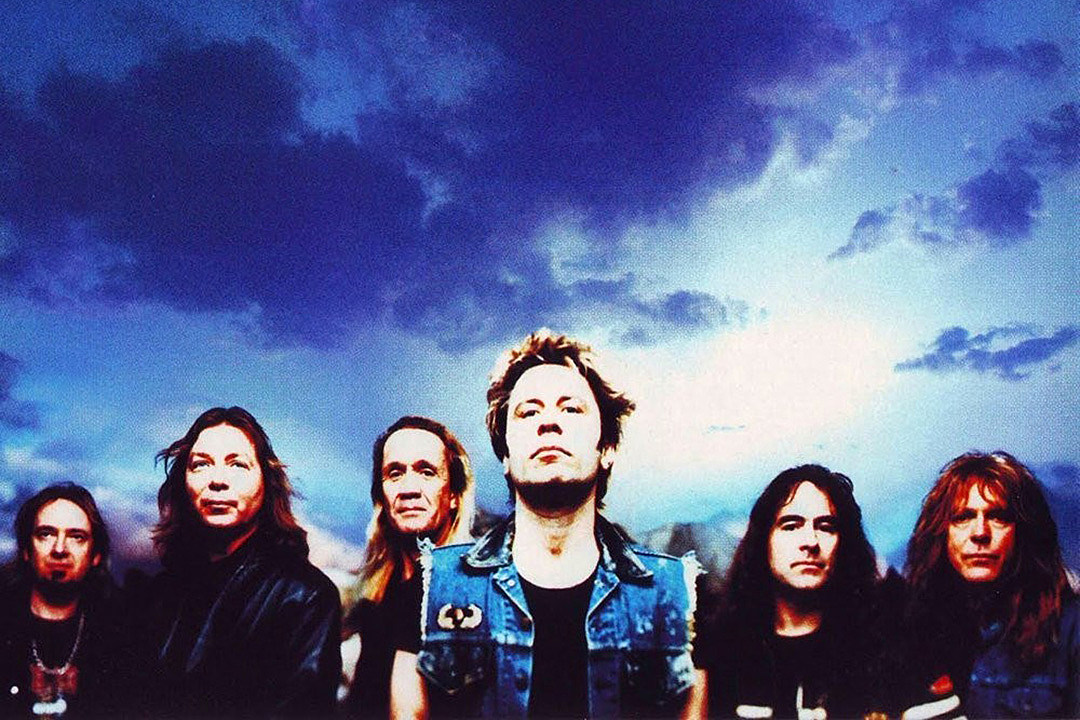 Bruce Dickinson was clear about what he expected from his return to Iron Maiden. It wasn’t going to be a cash-in and it wasn’t going to be a nostalgia trip. He’d been away for five years, during which the metal icons’ fortunes had faded, and he found his solo adventure less exciting than he’d hoped.

The tensions caused in part by a schedule of almost constant work since the day he joined the band had built a rift between Dickinson and band leader Steve Harris. But six years on, all that was in the past. Singer Blaze Bayley was gone, most of the material on the two albums he fronted were consigned to the past and the new, six-piece Maiden lineup – also featuring returning guitarist Adrian Smith and remaining replacement Janick Gers – had completed the Ed Hunter tour to prove it was still a force to be reckoned with.

Next came the new music. “We’re not sad, old fuckers getting back together to go and make a few bucks,” Dickinson told Billboard in April 2000. “That’s sad and cheesy and not something I’m interested in.” Elsewhere, he told official biographer Mick Wall that his main concern was “whether we would in fact be making a real state-of-the-art record, not just a comeback album.”

Maiden abandoned Harris’ barn, where their previous four albums were recorded, and settled in France with producer Kevin Shirley – a relationship that continues to this day. A&R man John Kalodner suggested the pairing, noting that “using a more modern producer with a legendary band is a real good combination, because it doesn’t sound like some recycled material. … Kevin really kept the record current, but yet it’s still totally Iron Maiden.”

So much for the words; “The Wicker Man,” the first single from the band’s 12th album, Brave New World, was intended to be the action. Continuing the band’s stage and studio history, the song was the opening track on the record and at the new concerts. It was also the first cut they worked on together after songwriting sessions were completed.

Under Shirley’s direction they recorded “completely live,” with the aim of capturing a more instant, urgent feel. “What I was trying to get on the lyrics was … just this real positive vibe,” Dickinson noted. “The same vibe I get when I stand onstage in front of all these people and they’re all chanting and singing with you.”

“The Wicker Man” contained some Maiden trademarks, including a sing-along section that almost assured its success. While the U.S. promo version featured variant backing vocals around the chorus line “Your time will come,” the official version maintained an insistent repetition, which only strengthened the mood.

Every element of the song’s construction was deliberate. “It would be great to expose the younger audience to the derivation of where most of the bands that they like came from, which is Iron Maiden,” Kalodner said. Portrait label VP Pam Edwards added that “for the first time in their career, they’re actually going to get mainstream radio airplay.”

With a series of industry and personal boxes to tick, “The Wicker Man”  – inspired by the 1973 British cult horror movie of the same name – included some impressive songwriting. When Maiden headed out on tour later that year, a stop in New York’s Madison Square Garden featured support appearances by Slayer, Korn and Nine Inch Nails.

“If there was anybody out there who doubted we were serious about this,” Dickinson warned, “think again.”