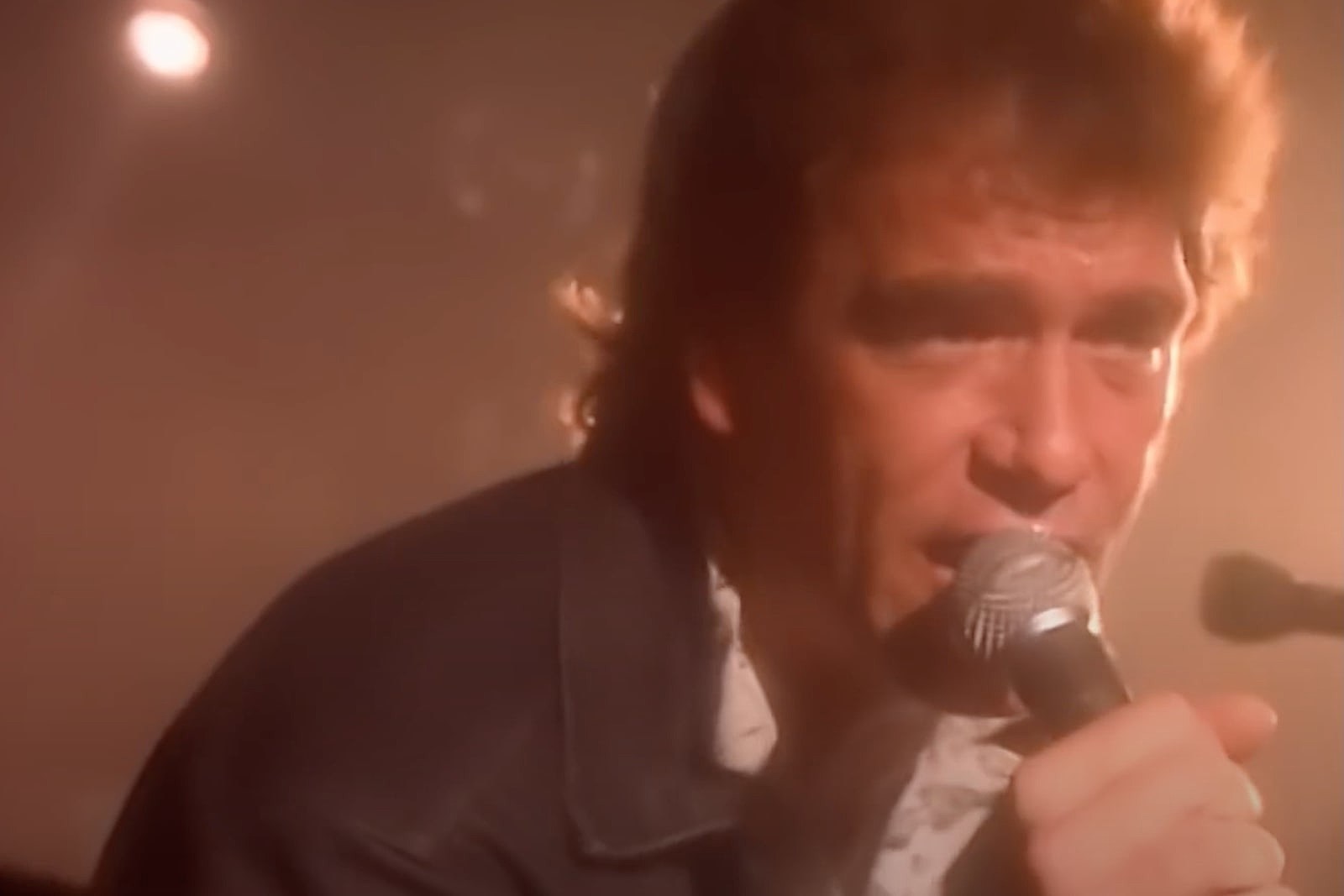 “The Power of Love” became the first No. 1 Billboard smash for Huey Lewis and the News, but it didn’t exactly start with lofty expectations.

Instead, Lewis hesitated when asked to contribute a song to a then-unknown movie called Back to the Future. Even after he submitted “The Power of Love,” advertising for the film barely featured the song. Released as a stand-alone single in June 1985, it initially debuted on the Hot 100 chart at No. 46.

Then, a week later, Back to the Future opened in theaters – and “The Power of Love” went supernova.

“They asked if I could write a song for the movie,” Lewis told the Asbury Park Press in 2017. “I told them that I never wrote for film. They say that it didn’t matter, and it worked out incredibly well. Who would have ever guessed that would have worked out? It was an amazing experience.”

“The Power of Love” actually played an integral role in the movie, appearing early on as a skateboarding Marty McFly (played by Michael J. Fox) attempts to avoid being late for class. McFly later tears through a rough version of the song during an audition for the school’s battle of the bands. (In a fun twist, Lewis actually makes a cameo as a dorky glasses-wearing judge, telling Fox’s character that they are “just too darn loud.”) Snippets from the track follow as McFly’s time-traveling adventure unfolds.

“I didn’t think the song was going to work for them, because there was no love interest in the film – and the song was all about the power of love,” Lewis told the Deseret News in 2017. “But … it worked great.”

A welcome break from the typical movie-ballad submissions then dominating Hollywood’s output, “The Power of Love” leapt off the screen. (Guitarist Chris Hayes’ scorching break certainly helped.) Apparently everybody who saw this film, which grossed more than $381 million worldwide, went out and bought the single.

“As I look at it now in retrospect, the fact it was in the movie, I think it was a perfect fit,” producer John Luongo, who did a fan-favorite remix of the original song, told the A.V. Club in 2015. “The lyrics are great. Huey Lewis is one of the most talented people I’ve ever had the pleasure of working [with], because he comes from such a soulful place in his vocal interpretation. And the band are great players.”

Lewis and his San Francisco-based band were actually positioned for a chart-topping moment, coming off the multi-platinum success of 1983’s Sports. But they were no overnight sensation. Lewis and keyboardist Sean Hopper emerged out of the ’70s band Clover, who went on the road with Thin Lizzy and sent several members into Elvis Costello‘s backing group for 1977’s My Aim Is True. A self-titled debut by Huey Lewis and the News went nowhere, but then they scored a gold-selling Top 20 hit with 1982’s Picture This. Sports blew things wide open, and the accompanying tour made them the country’s highest-grossing act.

“We could see the thing growing,” Lewis told the Tahoe Daily Tribune in 2012. “MTV was happening. You could just feel it every week. We resolved to remember that we weren’t the greatest band in the world, it was just our time, and to just enjoy it.”

That’s when producer Steven Spielberg and writers and directors Robert Zemeckis and Bob Gale came calling. Lewis wasn’t so sure this was their best next step.

“We had a meeting with them down there in L.A.,” Lewis told the A.V. Club in 2012, “and they said, ‘We just wrote this film. Marty McFly is the lead character. His favorite band would be Huey Lewis and the News. How’d you like to write a song for the film?'”

Lewis tried to beg off, describing their songwriting process as far more organic. “I said … ‘We write these songs together. We just kind of write them,'” Lewis noted. “They said, ‘Well, give a try.'”

Watch Huey Lewis and the News’ ‘The Power of Love’ Video

Lewis and Hayes, who went into semi-retirement in 2000, worked out most of the song on their own, before guitarist and saxophonist Johnny Colla completed things with a critical assist.

“I came up with [the synth-based hook] – and what do you know? It became the intro, the chorus and the outro,” Colla told Grantland in 2013. “Chris had written it as lots of moving notes, and I thought it’s gotta be a bit more pop. Something’s gotta make it snap. That was my contribution.”

It worked. Paired with a video filmed at an early band haunt called Uncle Charlie’s, “The Power of Love” also became their first No. 1 song in Canada and Australia, their initial Top 5 song in New Zealand and their first Top 20 song in Germany, Switzerland and the U.K. Huey Lewis and the News also nabbed an Academy Award nod for best original song, though the trophy ultimately went to Lionel Richie for “Say You, Say Me.”

As the song took on a life of its own, there may have been some who initially separated it from Back to the Future. Gary LeMel, Columbia Pictures’ then-senior vice president of music, was certainly one of them. Asked about “The Power of Love” in 1985, LeMel reportedly told Rolling Stone that he didn’t think the song “added any money to the box office, because most people don’t even know it’s from a movie.”

But “The Power of Love” kept showing up in the sequels, eventually cementing itself as part and parcel of the franchise. McFly hauls out his guitar for another rendition in Part II, and the song plays again as Marty races toward the end of Part III. By then, it had long-since established Huey Lewis and the News as an international draw too.

“The wonderful thing about ‘The Power of Love’ is that Sports was a huge hit in America, but in Europe, not so much,” Lewis said in Caseen Gaines’ 2015 book We Don’t Need Roads: The Making of the Back to the Future Trilogy. “As an American act, we made some noise over there, but ‘The Power of Love’ was our first international hit. That enabled us to tour Europe and Asia.”