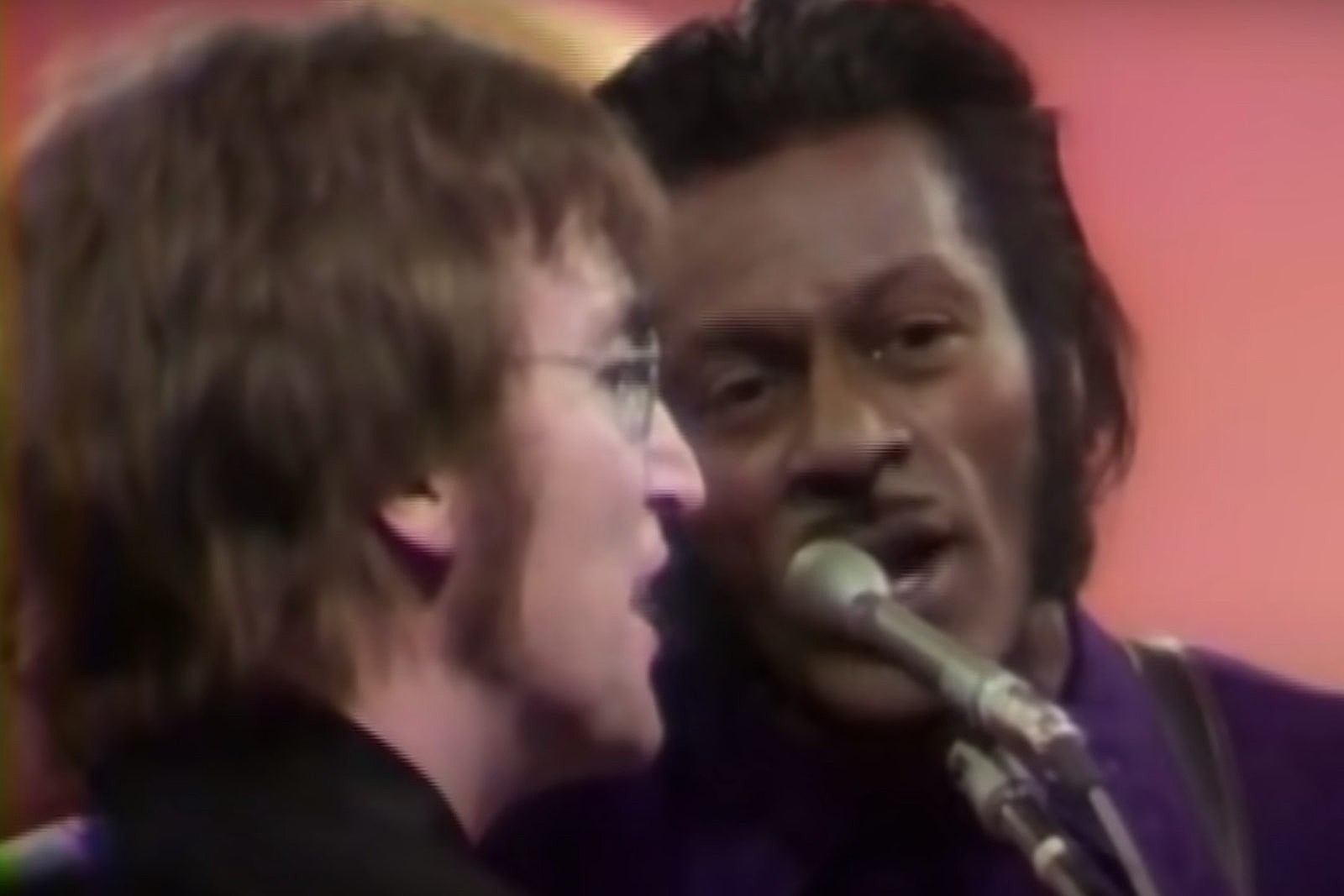 For John Lennon, there would been no Beatles without R&B. In fact, they’d have been no rock ‘n’ roll at all.

“I’ll never stop acknowledging it: Black music is my life,” he told Jet magazine in 1972. “The Beatles and Sgt. Pepper and all that jazz – it doesn’t mean a thing. All I talk about is 1958 when I heard [Little Richard‘s] ‘Long Tall Sally,’ when I heard [Chuck Berry‘s] ‘Johnny Be Good,’ when I heard Bo Diddley. That changed my life completely.”

To that point, Lennon had been focused on studies at Liverpool College of Art. He met Paul McCartney in the summer of 1957, during a performance by Lennon’s Quarrymen skiffle group at St. Peter’s Church. McCartney joined the lineup in October, followed by George Harrison in February. The nucleus for the Beatles was in place. “I dropped my art, I dropped out of school,” Lennon said. “I dropped everything. I got me a guitar and that was the end of it.”

The Beatles remained tied into the music emerging from black America throughout those early years, incorporating key tracks into their set lists – and, just as importantly, its sounds into the fledgling group’s songs. Lennon noted that they weren’t alone.

Listen to the Beatles’ ‘Anna’

Berry, Lennon said, “is the greatest influence on earth. So is Bo Diddley and so is Little Richard. There is not one white group on Earth that hasn’t got their music in them – and that’s all I ever listened to,” he added. “The only white I ever listened to was [Elvis] Presley on his early music records, and he was doing black music. Presley was in Memphis; obviously, he was listening to the [black] music. I don’t blame him for wanting to be that music. I wanted to be that.”

At first, these influences played out through mimicry, as Lennon took the mic for covers of classic songs from the Isley Brothers (“Twist and Shout”), the Marvelettes (“Please Mr. Postman”), Barrett Strong (“Money [That’s What I Want]”) and country-soul pioneer Arthur Alexander (“Anna [Go to Him]”).

Harrison joined in on their update of Smokey Robinson’s “You Really Got a Hold on Me,” then fronted the band for Berry’s “Roll Over Beethoven.” McCartney took a turn on Little Richard’s “Long Tall Sally.”

“I said, ‘Why can’t I sing like that?’ I wanted to do it, so, I tried to do it,” Lennon admitted. “I copied all those people and the other Beatles did, and so did others – until we developed a style of our own.”

Growing up in the British sea-faring city of Liverpool shaped it all.

“The ugly scars of an earlier, racist-colonial period in England still mar the ports,” Lennon said. “Slave rings are still anchored to the front of the docks there. But it was usually hipper, this port city, than most of the country. We’d been hearing funky black music all our lives, while people across Britain and Europe had never heard of it.”

Ships arrived with goods to trade, and – more importantly for the Beatles’ hungry ears – music from America.

“I grew up with blues music, country and western music. The sailors came in, brought folk music –all kinds,” Lennon said. “It was an easy progression to rhythm and blues via Bo Diddley, Chuck Berry and Little Richard. First, I heard Lead Belly, then Robert Johnson and Sleepy John Estes. From there, I went to Chuck Berry and the other R&B artists in 1958.”

His own music eventually went far, far afield, but Lennon always returned to these bedrock African-American influences. He’d dabble with old favorites during the Beatles’ recording sessions, and issued covers of Berry’s “Sweet Little Sixteen,” Lee Dorsey’s “Ya Ya” and Lloyd Price’s “Just Because,” among others, after the group dissolved. His update of Ben E. King’s “Stand By Me” went to No. 20 in the summer of 1975.

“So, black music was my life and still is,” Lennon concluded. “Of course, there is a lot of great white music these days. But it is still black music. [That’s] where it is at, man. Black music started the revolution in the world, the so-called youth revolution: This whole change of style, of attitude, was started by rock ‘n’ roll – and rock ‘n’ roll is black.”