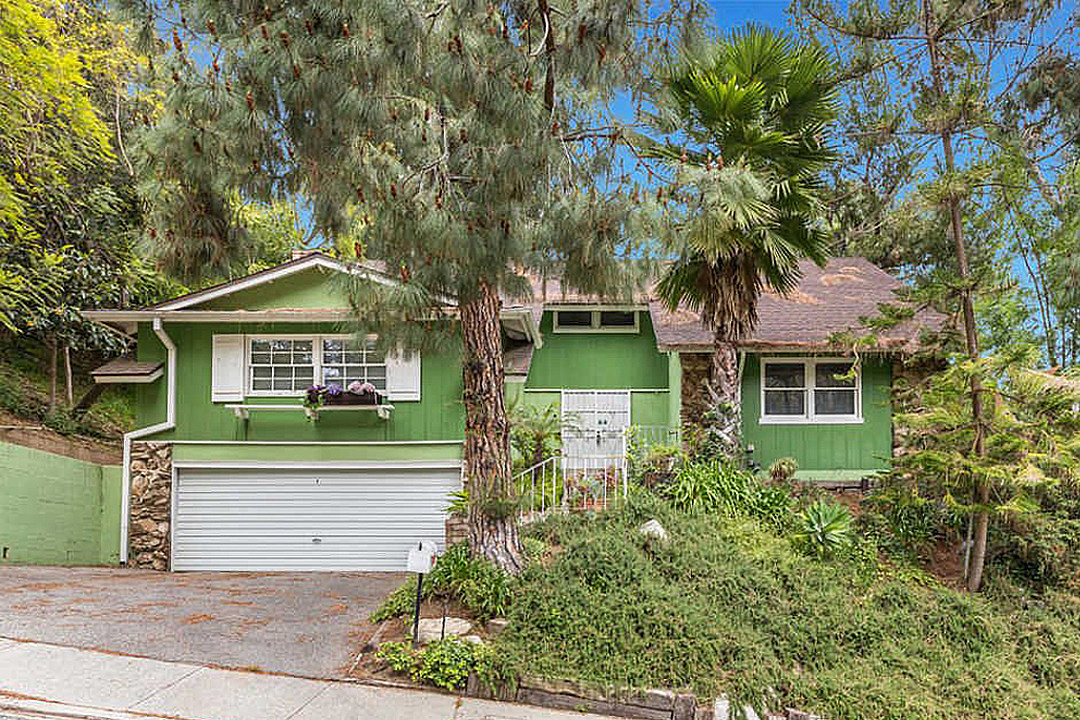 Leon Russell’s former Hollywood Hills home has been put on the market for a price of $1.398 million.

The late-rocker used the bright green house as a recording studio in the ‘60s and ‘70s. Among the releases recorded within its walls was Russell’s 1970 self-titled solo LP, with Joe Cocker, Mick Jagger, Eric Clapton, Steve Winwood and Ringo Starr among the many guest contributors. The home’s location on Skyhill Drive earned it the name Skyhill Studios.

While the music industry and recording studios have changed greatly since the heyday of Skyhill Studios, the home itself remains largely unchanged.

A second story features three of the four bedrooms, including the master. Once again, there’s no shortage of bright colors, as various rooms are decked out in purple and pink, with accompanying blue bathrooms. There’s also an abundance of wood cabinetry, popular in yesteryear, but outdated by today’s standards.

The outdoor area features a patio and luscious landscaping, along with a large, bubbling rock fountain.

“FIXER ALERT!,” begins the home’s official listing, before noting that the new owner would need to put in work to update the property. Still, its size and location remain key selling points – along with the house’s impressive history. “Formerly owned by 1970s rock n’ roll legend Leon Russell,” the listing boasts. “Russell (and 2 of the Beatles, most of the Stones, and more) recorded inside the house, known as ‘Skyhill Studios.’ If these walls could sing!”

See pictures of the home below.

As a musician and songwriter, Russell worked with a long list of music’s biggest names. He contributed to work by Elton John, the Beach Boys, Ray Charles, George Harrison, Bob Dylan and many more, while also releasing more than 30 albums of his own. Russell died in 2016 at the age of 74.