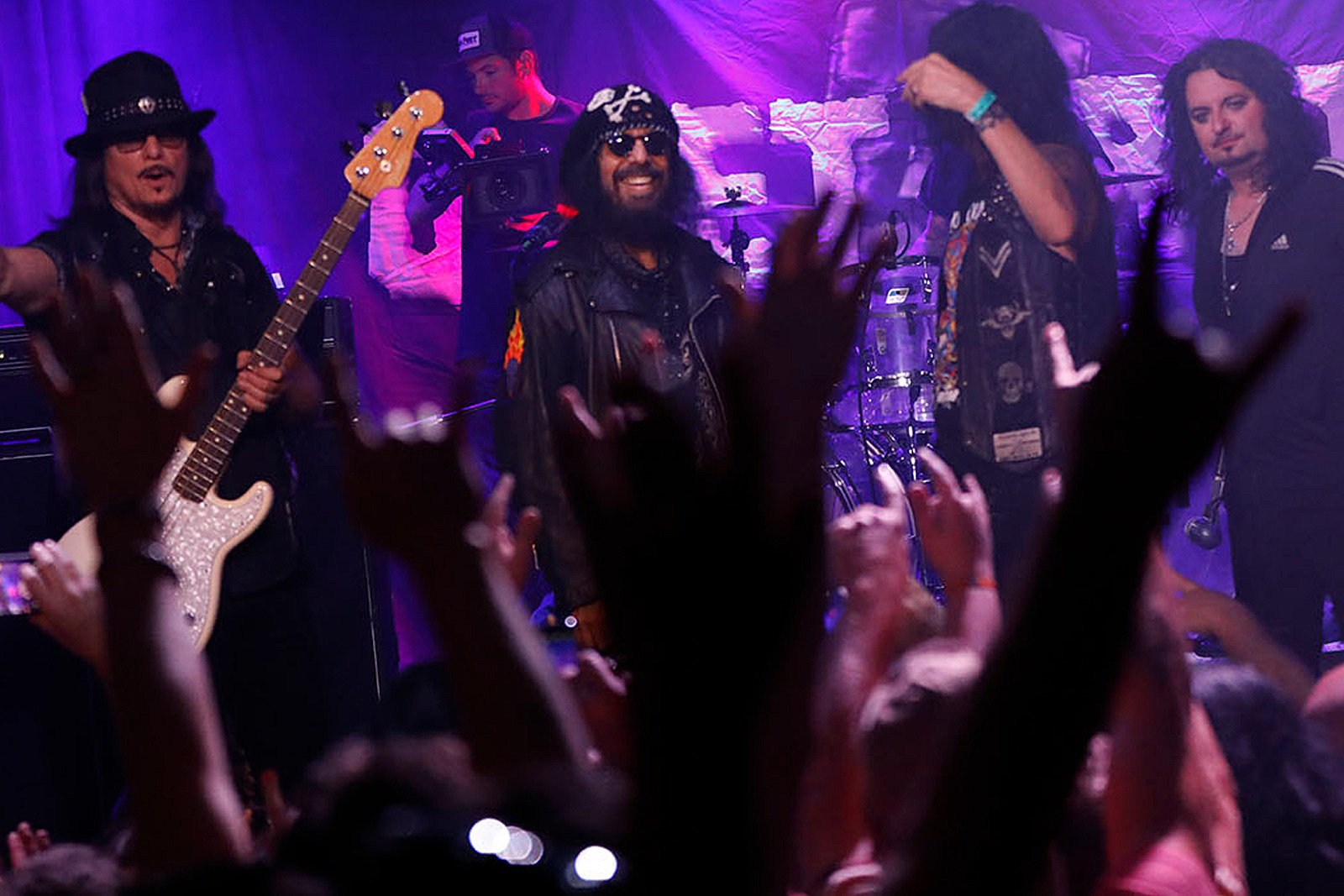 Quiet Riot are planning to play a socially distanced Fourth of July concert in Arkansas.

Frankie Banali discussed the performance during an appearance on Sirius XM’s Trunk Nation. “I am told officially through e-mails that the city has approved the date and they’ve approved it for as much as a 3,000 capacity,” the drummer explained.

Even though he’s cautiously optimistic the concert will proceed as scheduled, Banali understands how quickly things can change. “I’m still waiting to see what’s gonna happen,” Banali noted. “Because you don’t know if two weeks out, or a week out, before the show, all of a sudden, that part of Arkansas gets shut down, locked down, the show is canceled or postponed to another date. And in the meantime, you have expenses — flights and hotels and all this kind of nonsense that you have to deal with.”

Banali further detailed that there are “two noncompeting opinions” within Quiet Riot when it comes to the COVID-19 pandemic. “You have [bassist] Chuck [Wright] and I, who pretty much read everything that has to do with coronavirus and listen to everything that’s on the news. And then you have [singer] Jizzy [Pearl] and [guitarist] Alex [Grossi, whose perspective] is, ‘Put me in coach. Let me in now. I’ll kick those Nazis’ asses,'” he said. “They’re gung-ho to get out there on the road.”

The Fourth of July concert will take place at the Magic Springs Theme And Water Park, located in Hot Springs, Ark. The park’s website insists that “social distancing guidelines of six feet will be enforced” at all of their upcoming concerts, including the Quiet Riot show. These precautions are especially important for those with preexisting medical conditions, such as Banali. The drummer has been battling stage IV pancreatic cancer for more than a year.

“We just really haven’t been out of the house with the exception of going into my doctor’s to get treatments,” the 68-year-old rocker explained, admitting that he’s been sheltering at home during the pandemic. “I have to be very, very careful, because I’m in the age group, and because of serious underlying conditions, I’m at the top of the list that if I did get coronavirus, I probably would not survive it.”

Banali has remained positive through his ongoing treatments, regularly updating fans of his progress on social media. Now, it appears he’s willing to head back to the stage, even with the risks involved. “The plan is to play [the Arkansas show],” he said. “Unless the powers that be tell me otherwise.”